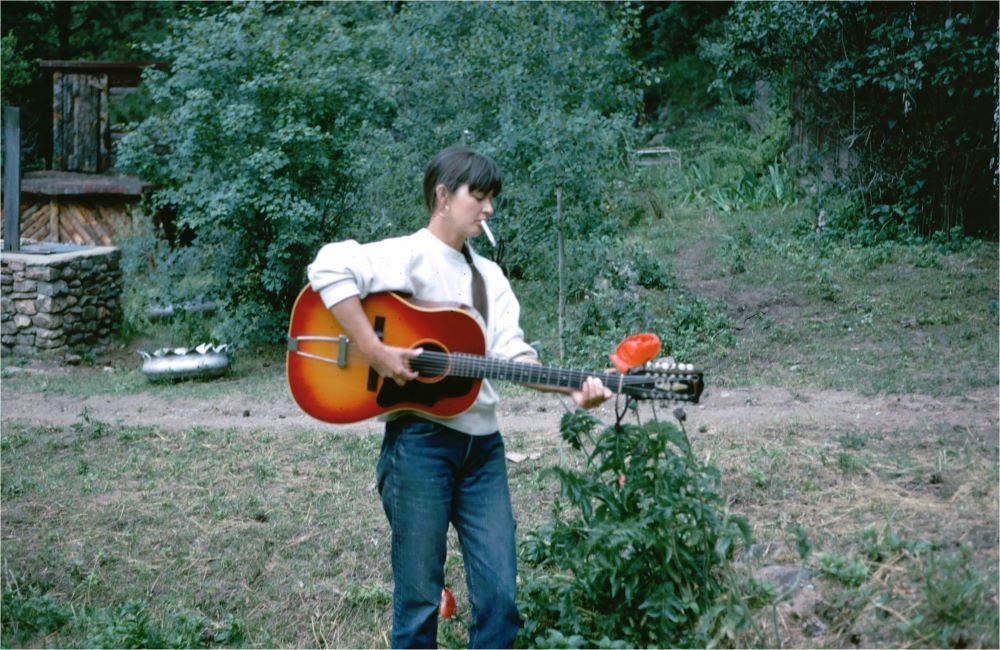 Karen Dalton: In My Own Time

Karen Dalton’s voice had the ache and scrape of a bow dragged across violin strings – an instrument in the truest sense of the word. Maybe you’ve never heard of her? I hadn’t until last week. Just for spreading her name wider, documentary portrait Karen Dalton: In My Own Time gets a gold star.

Co-directors Richard Peete and Robert Yapkowitz have said an inspiration for their film was the experience of sitting in a Brooklyn bar, listening to a jukebox, and discovering every one of Dalton’s folk contemporaries were represented but her. The oft-repeated assessment of Bob Dylan – who named her his favorite singer in Greenwich Village – was that she “had a voice like Billie Holiday and played the guitar like Jimmy Reed.” She apparently didn’t appreciate the comparison to Holiday. You gather from the film that she had an ornery streak along with a strong faith in her own singularity, and a habit of getting in the way of her own success.

In addition to talking head interviews – with the folkies who survived the excesses of the era, and with artists she influenced, including Nick Cave and Vanessa Carlton – the filmmakers find dynamic ways to tell a cradle-to-grave story, as when snippets from John and Faith Hubley’s 1968 animated short “Windy Day” illustrate the peripatetic childhood of Dalton’s daughter. And they take pains to inject the artist’s own voice into the mix, too, with singer-songwriter Angel Olsen narrating Dalton’s poetry and journal musings. These are elegant solutions to a problem with supply: Dalton made only two albums and very few of her performances were caught on tape. The filmmakers spent years tracking down archival materials, and even still it feels a little thin. When they run long with a clip of Dalton singing, it gives you the measure of her as a performer … and also the distinct feeling they had little other footage to choose from. As her life runs its tragically short course, friends and family dropping away, she becomes more remote yet. This heartfelt portrait, which brings the artist tantalizingly close, will certainly bring greater renown to Dalton. But she remains, stubbornly, unknowable.

Karen Dalton: In My Own Time, Richard Peete, Robert Yapkowitz