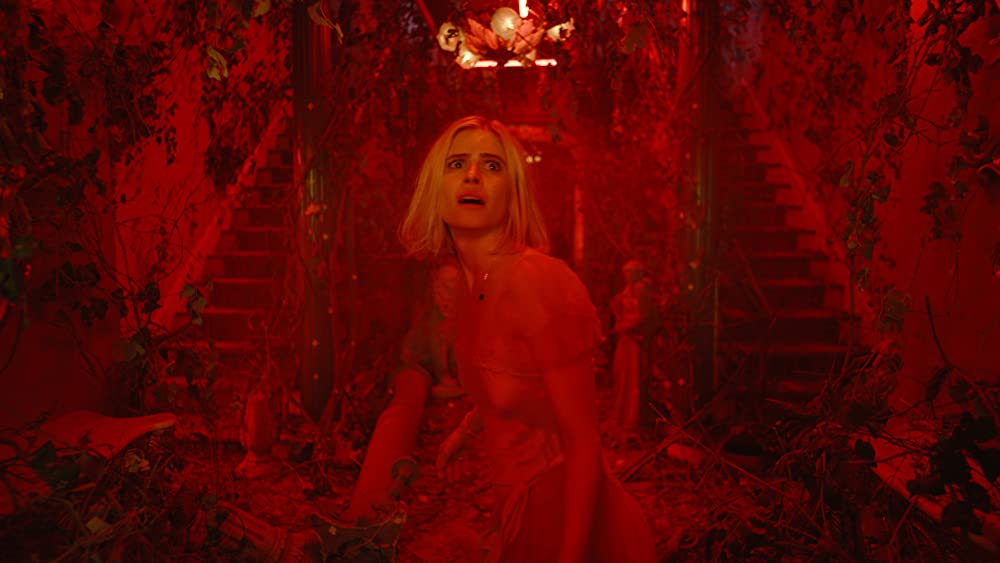 What do you do when you’re making an independent film and you want a menacing presence? Well, if you’re like Carlson Young, director, co-writer, and star of The Blazing World, you call in Udo Kier. Which, you know, is fine on paper, but has this choice been made too many times to be truly effective? Methinks yes.

Loosely based on The Description of a New World, Called The Blazing-World, the 1666 work of prose by Margaret Cavendish, the Austin-filmed psychodrama is about Margaret Winter (Carlson) and her battle in the living in the psychological aftermath of witnessing her six-year-old sister’s drowning. Her parents (Shaw and Mulroney) were too busy brawling in the house to notice the girl’s fall into the pool. Really, Margaret didn’t even see it happen because she was enrapt at the window watching her parents fight. In the 20 odd years since the death of her sister, Margaret has been haunted by a swirling vortex with the mysterious Lained (Kier) whispering and motioning for her to join him. Nearly the entire first hour is Margaret making the journey home to visit her parents before the move. Her parents clearly haven’t dealt with the death of their daughter well either.

When we first meet her, Margaret is already in her final spiral into the bell jar. Once inside, the film turns into a twisted storybook that borrows heavily from several well-known fairy tales and fantasy stories. Visually constructed within an inch of its life, the last act looks as though Carlson is acting in the aftermath of a Skittle bag explosion. In occasions such as this, the line “Too many notes," said by Emperor Joseph II to Mozart in Amadeus comes to mind. It’s just too many notes.

Overstuffed and overextended, The Blazing World is buoyed by the soundtrack (especially the songs by Isom Innis and Sean Cimino in their project Peel), and the too brief appearance by the wonderful Soko. In the end, the film tries too hard. Yes, okay, it does look pretty but it can be summed up the scene with Mulroney in his office smashing golf balls into windows while singing along with Peel’s cover of the Stone Roses’ “I Wanna Be Adored”. The Blazing World is just begging to be adored. Instead, it’s all really “Sugar Spun Sister."

Available on VOD now. Read our interview with producer Brinton Bryan, "A Safe Set for Pandemic-Era Feature The Blazing World," Jan. 29, at austinchronicle.com. 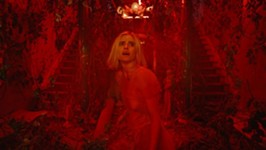