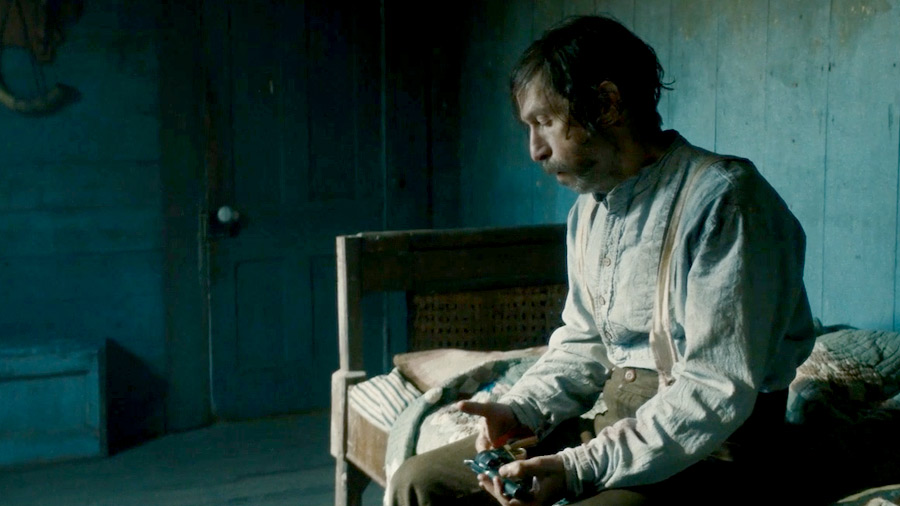 Henry McCarty (Nelson) has been through a lot. You can get a sense of it just by looking at him when he first appears in Old Henry: gaunt, dirty, seemingly perpetually aggrieved and clearly won’t take no shit, dammit, from his wannabe gunslinger son Wyatt (Lewis). He’s about to go through a little more: Soon enough Henry comes across a wounded man named Curry (Haze) with a mysterious bag of loot, whom he brings to his creaky, lonesome abode to tend to. It’s not long before a band of roughriders claiming to be law come across the house looking for the man, who himself claims that no, he’s the sheriff, and Henry becomes embroiled in a chamber-piece Western where he, too, may have some secrets of his own.

See, if you’re anything like gruff, unforgiving, maybe-antagonist Ketchum (Dorff), the name Henry McCarty may ring the oddest bell in your head, or perhaps it won’t (like if you’re me). Either way, the film is counting on you leaving it alone for the duration of the run time to hit you with an interesting third-act reveal – one that brings the story into a larger focus through a rewriting of history and a clever tackling of legacy and infamy. Between that and the appropriately bloody, violent climactic shoot-out, the final leg is where Old Henry is able to work out its kinks and really shine as a sturdy, faithful little character-driven Western.

The hour leading up to that only holds true to that promise in fits and starts, and is largely beholden to some expected genre cliches and a story that doesn’t do enough with its characters. Though anchored by an admirable performance from the always-reliable Nelson, the tension of the dynamics built between Henry, Wyatt, Curry, and the gang of riders isn’t sustained as well as it would have been in the hands of a more polished writer/director. Ponciroli’s Western-meets-noir aesthetic paired with the story about characters whose fates feel inextricably tied to each other, and whose lives are surely barreling toward a violent conclusion, feels like a bit more than just an homage to something the Coen brothers would make – just something that they would make a little bit better. Qualities that do carry over here are handsome cinematography and convincing production design and dialogue; where the film falters in the actual intrigue of its plot and characters, it makes up for by at least looking and feeling faithful to the genre. If that devotion was coupled with a more distinct interpretation of tropes this may have been something more memorable. As it stands, there’s a healthy amount to admire and for some it may be enough to scratch a certain itch. But much of Old Henry feels a lot like its protagonist: worn-out, weathered, and old. 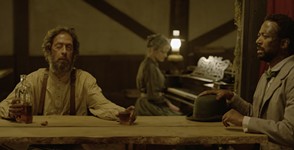 Ghosts of the Ozarks
Horror in the post-Civil War South 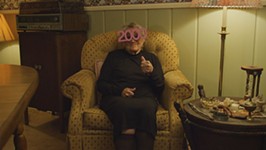