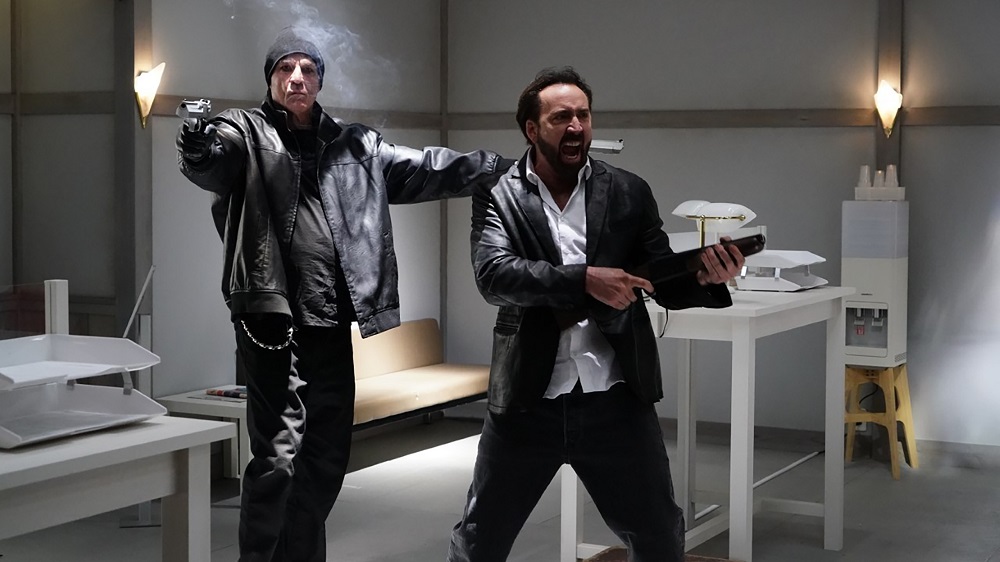 Prisoners of the Ghostland

The Western and the jidaigeki (Japanese period drama) have always locked step. The ronin and the gunslinger are two sides of the same coin, and so there has long been interplay between the two genres, of licensed and unlicensed remakes. Seven Samurai became The Magnificent Seven, Unforgiven became Yurusarezaru mono. That exchange has also created bizarro fusions like Six String Samurai and the gorgeous but now all-but-forgotten Bunraku. Now, with Prisoners of the Ghostland, the wildly prolific master of the odd Sion Sono (Suicide Club, Why Don't You Play in Hell?, Love Exposure) resurrects the subgenre, and of course he would for his first English-language film. It's such an obvious melding for his deliciously overblown approach to storytelling that it almost seems like a hackneyed pitch – something of which Sono can never really be accused. His films are an explosion of ideas and subplots, thrilling characters and innovative scenarios. Which makes it oddly disappointing that his first ever collaboration with the equally limitless Nicolas Cage is so underwhelming.

In what should be a perfect pairing, Sono casts Cage as Hero, a bank robber first shown during a botched heist. Yet this is merely set-up to put him in jail for years in a city that is half Kyoto's historic Gion district, half Boot Hill backlot. All the men are either sword-wielding warriors or six-shooter-packing gunsels, and all the women are geishas. Everything is ruled by the Governor (Moseley), whose granddaughter (Boutella) has run away from his lascivious clutches. Now she is lost in the wilds of the Ghostland, a mix of Mad Max-esque threats who may or may not be literal ghosts, and a community of wayward souls scrabbling in the wreckage of a city engaged in absurd tasks. Find her, Hero is told, and regain your freedom. To ensure his compliance, Hero is sealed into a black leather body suit, with explosive devices placed at strategic locations to ensure he completes the task in a timely way, and off he trots into the wilderness.

If that sounds oddly complicated, that's because it is. Normally, that wouldn't be an issue for Sono, who overstuffed 2015 cult favorite Tokyo Tribe to bursting seams but managed to be both visually and emotionally engaging. Prisoners of the Ghostland is as gorgeous as anything else Sono has shot, but he has little new to say with with his striking imagery.

It's not just about expecting more from Sono. It's that Prisoners is uneven. Cage and the director are both stylistically driven artists, and there's a surprising disconnect in which, in a rare experience, Cage seems smaller than the film. Even Sono regular Tak Sakaguchi is stuck in a thankless dead-end part as the Governor's chief enforcer, Yasujiro, and only Moseley seems to gel with the material.

Ultimately, Prisoners of the Ghostland is an OK film by a great filmmaker who has made truly great films, most memorable for its cast and the fact Sono finally made an English-language movie. Yet, when what's noteworthy about a film is just that it exists, it's more a vapor than an actual phantom.

A version of this review ran as part of our Sundance 2021 coverage.

Why Don't You Play in Hell?
This Japanese mind-twister from Shion Sono screams with madness and mayhem. 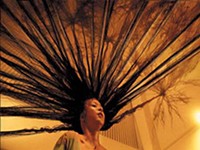