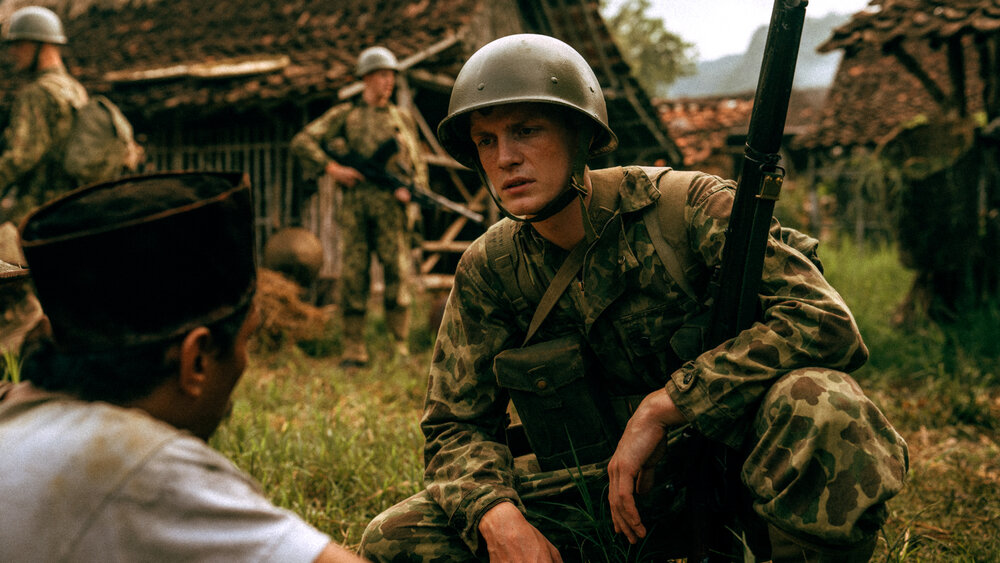 The U.S. wasn’t the only country to suffer its own personal Vietnam-esque quagmire. The East is a grimly realistic tale of the Netherlands army’s battle to win the hearts and minds of the multiethnic Indonesian archipelago in the bloody wake of World War II, a four-year failure to quash uprisings shown here seen as a slap in the face to the Dutch armed forces who had held sway over the islands since 1800. But you don’t need to know the particulars of post-World War II colonialism to appreciate the parallels between The East’s 2½ hours of blood, sweat, and crazy and Francis Coppola’s Apocalypse Now or Oliver Stone’s Platoon. All three highlight the jagged racism inherent in the ranks from top on down. All three feature an enigmatically brutal leader given to frequent flirtations with outright war crimes, here dubbed “The Turk” (a mesmerizing Kenzari, equipped with not only a sidearm and a stogie but also a Snidely Whiplash mustache that could probably cut a swath through the Indonesian jungles better than your standard machete).

Director Taihuttu’s casting coup comes in the form of Lakemeier as Johan de Vries, a naif who signed on for far more than he expected. His humanity slips away under the sway of the soul-sucking, borderline barbarity that looms over the entirely foolhardy “mission,” i.e., resolidifying Dutch colonialism at all costs. It’s a losing battle bathed in the muggy miasma of a superior armed force being routed again and again by a cunningly efficient guerrilla army.

Cinematographer Lennart Verstegen captures the equatorial green hell of Indonesia’s tropical rain forests – from which Sukarno’s ghostlike partisans mount their attacks on the Dutch troops – with a stifling palette of verdant chaos, while the director’s brother Gino Taihuttu layers on a suitably arresting score full of discordant electronic themes that serve to unnerve and succeed all too well. The East is an unrelenting condemnation of the Netherlands’ misguided attempt to return its colonial outreach to a time long gone while hitting most (if not all) of the “doomed war” niche genre movie tropes without ever actually teetering into cliche. That’s an ever-tricky move that Taihuttu aces. 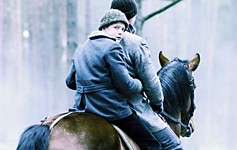 Winter in Wartime
This coming-of-age story is set in the Dutch countryside during the Nazi-occupied winter of 1944-1945.