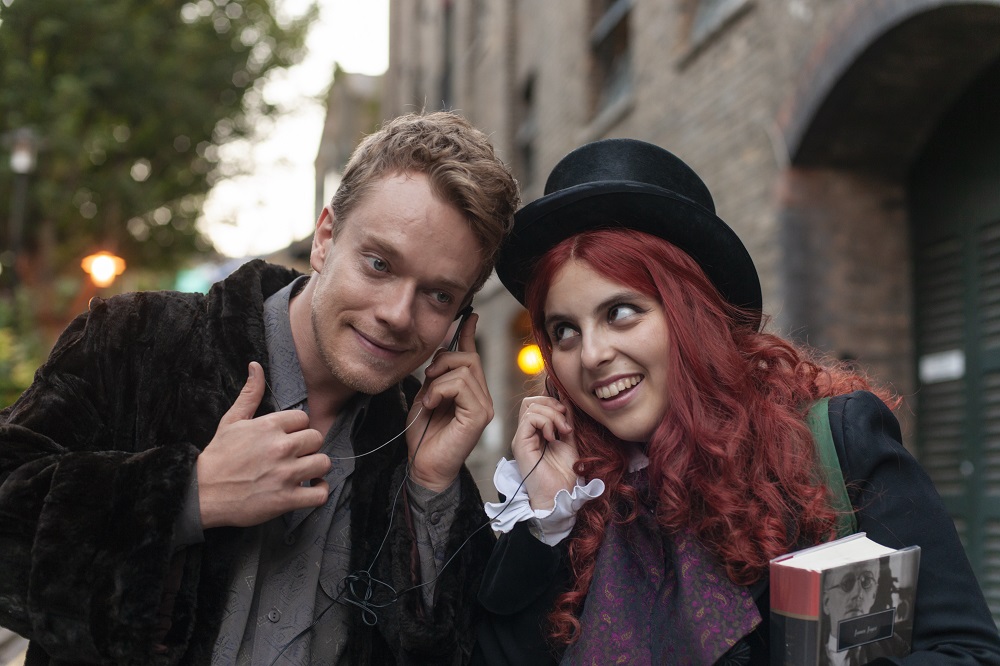 How To Build a Girl

Teenagers have a habit of trying on new personas, trying to find the one that feels most comfortable. That building of an identity sometimes involves props – a typewriter, in the case of young Johanna Morrigan (Feldstein), a loner and budding writer crammed into public housing with her barely employed dad (Considine), clinically depressed mom (Solemani), and more kids than they can comfortably feed. Later, it’s a bottle of red hair dye and a top hat, tilted saucily, that help define Johanna’s next phase as a celebrated, 16-year-old rock critic in 1990 using the nom de plume of Dolly Wilde.

If that wild ride sounds improbable, then you must not have heard of the British writer Caitlin Moran, who adapted her own autobiographically “true(ish)” tale into first a novel and now this feature film. Moran’s richest subject has always been herself – she’s got ace material, and a sense of humor about so much navel-gazing – and she and director Coky Giedroyc settle on a tone that befits such an eccentric coming of age. That includes a few cheerful stabs at the surreal, such as when Joanna’s crush, a sad-eyed singer-songwriter (Allen), sometimes materializes with a golden aura to pitch imaginary woo, or when her heroes – Freud, Sylvia Plath, Cleopatra, Jo March, pictures of them all pasted on her walls, Tiger Beat style – give her advice and tut-tut when they think she’s lost her way. (It’s a fun goof trying to figure out who's playing who on her wall of heroes; Great British Bake Off fans will recognize Mel Giedroyc – the director’s sister – as a Bronte.)

Still, it takes a special someone to sell this larger-than-life character onscreen, and to make you forgive how the galloping script glosses over some crucial beats. Shot to fame as another high schooler in last summer’s comedy Booksmart, Feldstein is demonstrably too old to still be cast in these teenager parts. But she’s so damn charming and disarming, I was happy enough to go along with the ruse. From the girl who starts the movie all wide-eyed, open to sensation, rushing at the world tongue out like she wants to French kiss it, on to the acidic teen critic chasing cool and getting cruel in the process, Feldstein fits the bill beautifully. She’s built up a respectable portfolio playing girls. Now let’s get her some great parts playing women.

How To Build a Girl will be available on VOD starting May 8. Booksmart
The kids are better than alright in Olivia Wilde's raucous, resonant comedy