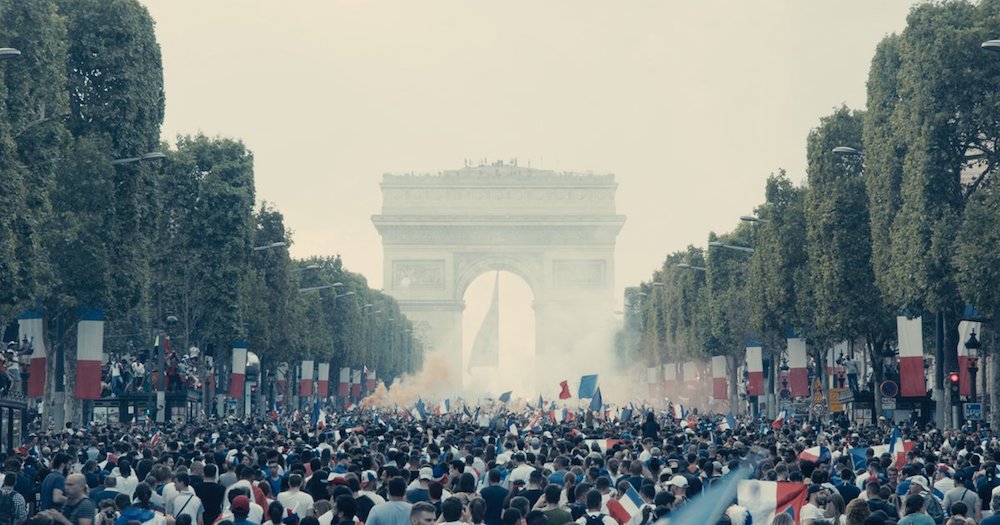 In the preface to Victor Hugo’s 1862 novel, which shares the title of Ladj Ly’s brilliant film, he speaks of “social asphyxia,” an oppression that almost two centuries later continues to haunt us. And while France has a particular storied history of revolutions, Ly’s narrative, in the guise of a police procedural, captures these moments in its characters; in its action; in the way an opening scene of a successful football match, thousands crowded in the streets in solidarity, the Arc de Triomphe rising high in the background, segues into what becomes a quite complicated examination of modern France and, extensively, the world. Monsieur Hugo would be proud.

It’s based in part on the 2005 Paris riots that saw an uprising of Muslim and North African immigrants: impoverished, living on the outskirts of the city in daunting ghettos where unemployment was at an all-time high, ultimately lashing out in the only way they could express to the world their oppression and that they actually exist on this planet. As such, the film is, among many things, a haunting critique of society in the 21st century.

But to the plot that these heady and often perplexing themes hang on. Ruiz (Bonnard) is a police officer from the country who is newly assigned to accompany two cops, Chris (Manenti) and Gwada (Zonga), as they patrol the outlying suburbs of Paris. The two veteran cops are completely jaded, in the way veteran cops always are in these stories. Ruiz is the new guy, overwhelmed but competent, reeling as the viewer is to orient himself to all of chaos that is his new assignment. An unfortunate incident involving a youth that was captured by a drone owned by a young boy named Issa (Perica, wonderfully stoic) incites the intrigue and sends the cops into a tailspin as they navigate these neighborhoods of various ethnicities, searching for the video that could, perhaps, spark a riot. The way Ly and cinematographer Julien Poupard choreograph the film is amazing, especially the third act, which can be breathless at times. What Ly and his team have created here is so much more than a mere examination of disenfranchised communities. It is a molotov cocktail in the face of that lovely but increasingly outdated (unfortunately) motto of France: Liberté, égalité, fraternité. The film offers no real answers, but that is entirely the point, one that is driven home repeatedly. There are so many suffering from the suffocation of “social asphyxia”; if only we could catch our breath. 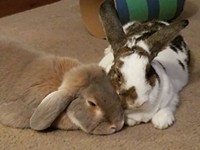 Two Warring Rabbits Defy the Odds to Love Each Other, and So Should We All
Rabbits (finally) at rest