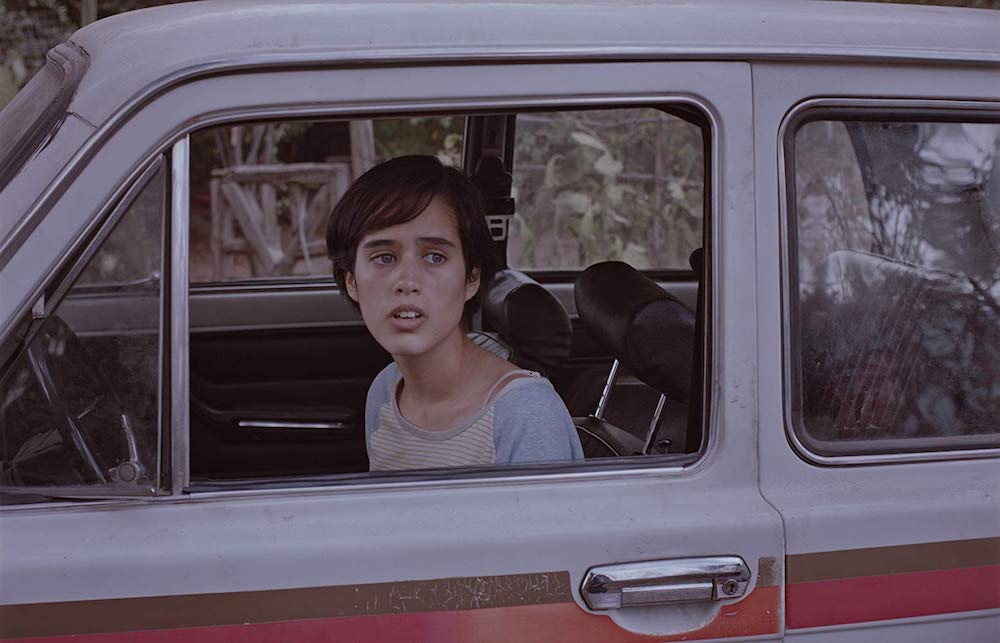 Too Late to Die Young

Life off the grid in this Chilean drama set during the summer of 1990 is hardly idyllic for 16-year-old Sofía (Hernández). Vacationing in a makeshift but otherwise functional commune with her father and brother (along with several other artist families) in the foothills above Santiago, she aches to escape to the twinkling metropolis below, where her estranged mother, a well-known cabaret singer, lives a more cosmopolitan life. Very little shimmers in the isolated world of the artist colony for this discontented teenager, given the absence of electricity there and the limited experiences it offers someone her age. (The kids in the camp, however, are in paradise, every day a new adventure.) Smoking a cigarette is an act of defiance for the restless Sofía; she’s constantly puffing on one after the after, as if each exhalation will accelerate the freedom she wants so badly. But trying to grow up too quickly comes at a price for the unwary, a lesson she learns after flirting her way into a romantic entanglement with an experienced older man (Oviedo) who often rides his motorcycle uphill to visit the enclave, much to the resigned frustration of Lucas (Machado), the young man in the commune who’s badly smitten with her. As the film’s title appears to suggest with a knowing wink, the pain of adolescence can be so acute you wish you were dead.

The observational narrative in Too Late to Die Young is loose and ambling, moving from scene to scene without any discernible dramatic goal. Aside from the triangular romantic conflict and the search for a lost dog owned by a 10-year-old named Clara (Tótoro), there’s little plot in the traditional sense and much is purposely left unexplained. The movie feels like something culled from memory, not surprising given that director/screenwriter Castillo grew up in the alternative ecological commune of Peñalolén, which was founded in the Santiago Province in the mid-Eighties. There are also no overt references to the outside world, even though the film takes place at the time the brutal dictator Augusto Pinochet stepped down from the presidency and Chile began embracing democratic norms. A scene in which the families debate whether to jointly electrify their properties comes closest to referencing those momentous changes. The mood in Too Late to Die Young is vaguely hopeful for Sofía and the other denizens of her tightly knit community, even when a heavily foreshadowed fire on New Year’s Day threatens to reduce their collective home to ashes. Perhaps the bigger canvas here is a native daughter’s tribute to the resiliency of the people of her homeland. It’s no coincidence that the mascot chicken in this rustic Utopia is named Survive.