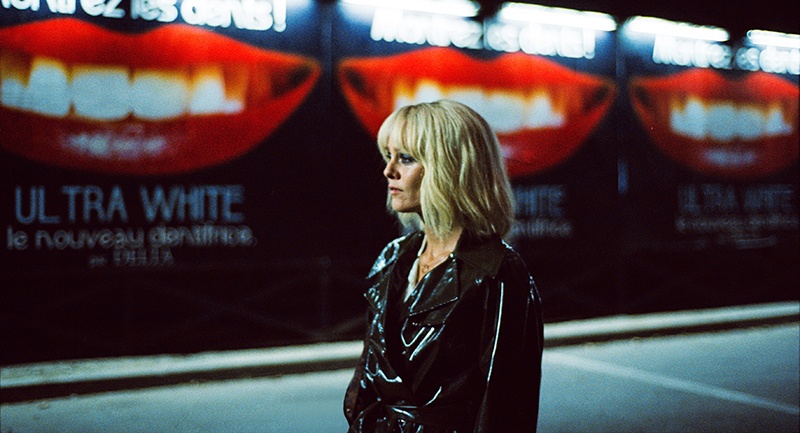 A knife to the heart might be a cheesy way of illustrating the sentiment, “Wow, you really hurt me,” but it’s also a means of certain death. French writer/director Yann Gonzalez has followed up his dreamy, lusty debut You and the Night with a film that hews much more closely to genre, specifically the horror and exploitation films of the Seventies. In the summer of 1979, in Paris, Anne (Paradis) is making boy-on-boy “blue” movies (a euphemism for “porn”) and obsessing over her ex (but still her film editor) Lois (Moran). When her leads keep turning up dead, instead of shutting down production, she uses the “investigation” (the cops aren’t exactly in a hurry to find out who’s behind the disposal of a group of queer sex workers) as source material for her next project, rather callously titled Homocidal, leading her co-workers to question whether she’s affected by the murders at all.

Early on there’s a sense of voyeurism established – because that’s really what filming is, especially when it’s sexual. Anne watches Lois through a Porky's-style peephole while she works, and flies off the handle when she overhears her describe the latest daily as “the same old shit.” But, hey, whatever helps the creative process, I guess. The film’s underlying tension can be summed up by a drag scene in a lesbian bar between two performers, one dressed as a wild animal. It’s a love scene, kind of. It mirrors Anne’s attitude and actions toward Lois, establishing a link between violence and sex, a dynamic in which one is the lion and the other the lamb, predator and prey, a sense of being stalked. Maybe it’s your lover, or maybe it’s a serial killer. Maybe they aren’t really that different. But let’s follow danger down a dimly lit hallway, shall we?

The lighting changes from icy blue to red hot to pure white and back again in a cyclical movement that brings to mind a children’s rotating night light, an odd vestige of innocence in what is overall a pretty depraved environment. For all the accurate comparisons to Brian De Palma and Italian giallo films – particularly in the murder scenes and M83’s synthy score, though it’s much more narratively cohesive – I see lots of other potential influences as well. There’s a seedy glamour and a noir sensibility that owes as much to Eighties films Vortex and Variety. I even sense a nod to neo-realism when Anne says to her sidekick Archie (Maury), “Find common people with character to bring our films to life.” There are scenes that show up in the dark shadows of a film negative (the way Godard intercuts them in A Married Woman but more diverse) that signify dream sequences, creating a psychic link between Anne and the killer that’s reminiscent of Agent Dale Cooper’s methods in Twin Peaks. But for all of these re-creations (whether real or imagined) it’s not a cheap knockoff. It’s postmodernism at its finest. 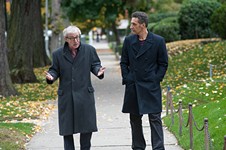 Fading Gigolo
John Turturro directs himself and Woody Allen in this movie that gently cruises but but never drives it home.