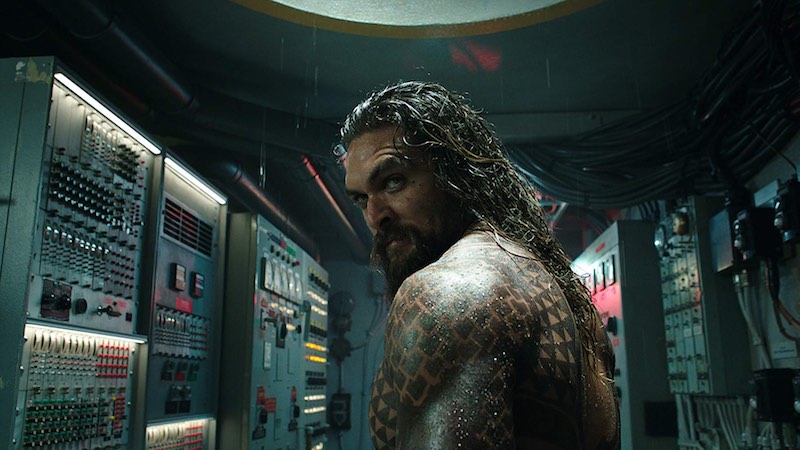 Nobody could’ve expected that Aquaman would emerge as the most successful male character in the DC Cinematic Universe, but here we are, with the ocean-dwelling superhero positioned as the last great superhero movie of 2018. Even if the results aren’t there, Aquaman proves that Warner Bros. has decided to back the right (sea)horse.

After saving the world during the events of Justice League, Arthur (Momoa) reluctantly settles into the superhero business, running rescue missions in international waters and spending as much time as possible with his human father. However, when Atlantean princess Mera (Heard) informs Arthur of his half-brother’s (Wilson) plan to conquer humanity, Arthur finds himself torn between his loyalty to the surface world and the noble birthright he turned his back on. Now he must seek out a legendary trident and use it to unite the ocean’s warring factions or watch as everyone he loves above and below the water are wiped out in a catastrophic war.

Although the Marvel Cinematic Universe is sometimes chided for its rigid house style, the same cannot be said of the fledgling Warner Bros. continuity. Aquaman is a Robert Lyn Nelson painting come to life, making it entirely unlike the Justice League or even Wonder Woman movies that preceded it. Atlanteans in bright armor wage war against the backdrop of neon villages of their civilization, and even at its most soupy  – which sadly includes the film’s climactic final battle  –  Aquaman possesses an eclectic aesthetic that never gets boring. Wan’s action sequences shine particularly bright when they can keep the focus on a few select characters, such as the early standout sequence when Atlanna (Kidman) defends her home from would-be kidnappers.

Aquaman also benefits from a cast that is unafraid to chew a little scenery. Momoa is an established entity at this point in his career; equal parts cartoon character and Eighties action lead, he carries the film through its muddiest moments through sheer charisma. Casting Patrick Wilson and Dolph Lundgren as meta-human warriors in your nine-figure studio tentpole might also be the oddest Hollywood decision you’ll see in years, but both actors understand at a very basic level the kind of movie Aquaman wants to be. Wilson is particularly good as Momoa’s power-hungry half-brother; the actor has a real knack for carving out likable characters in genre vehicles, and King Orm is the campiest supervillain  –  in the best possible way  – that Warner Bros. has yet committed to film. Throw in strong performances from Kidman and Heard and you have a cast willing to give Wan and company the benefit of the doubt.

Of course, all of this makes it hard to know why producers deemed this particular version of Aquaman the finished cut. With countless subplots, endless battle sequences, and plenty of secondary characters vying for screen time, Wan’s film feels less like a movie that overstays its welcome and more like a giant swirl of ideas and locations. It may not be coherent, but as far as messes go, Aquaman is certainly one of Hollywood’s more watchable ones.