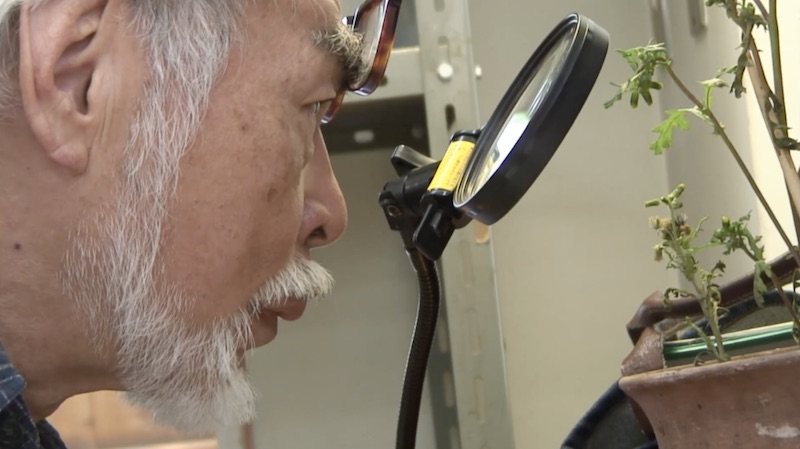 Film lovers of all ages released a collective sob when pioneering Japanese filmmaker Hayao Miyazaki announced that 2013’s The Wind Rises would be his final feature film. As the head writer, director, co-founder, and spiritual sensei of the Tokyo-based animation powerhouse Studio Ghibli (depicted in 2015's The Kingdom of Dreams and Madness), Miyazaki oversaw an unparalleled string of box-office and critical successes, among them the much beloved My Neighbor Totoro, Princess Mononoke, and 2003’s Academy Award-winner for Best Animated Feature, Spirited Away. When it comes to hand-drawn, non-CGI animation, only Walt Disney, whose namesake company distributed Studio Ghibli films in the U.S. for over two decades (New York-based GKIDS took over domestic distro in 2017), enjoys a more household name-worthy track record in the arena of outstanding animated cinema.

Originally produced for Japanese television two years ago, Never-Ending Man: Hayao Miyazaki is hardly the hagiographic love letter one might expect to the creator of genre-defying, whimsically melancholy masterworks such as Kiki’s Delivery Service and Howl’s Moving Castle. Instead, director Arakawa keeps his narrow, cinema verité focus directly on his subject as the 77-year-old Miyazaki methodically “doodles” in his house, whiling away his alleged retirement with endless cigarettes and chatting up past glories with longtime friend and Studio Ghibli Producer Toshio Suzuki. Miyazaki, with his perfectly trimmed white beard and restless demeanor, looks a full 20 years younger than his septuagenarian self. Despite the occasionally elegiac tone of his offhanded commentary (“Lots of funerals lately,” he says at one point. “I hate it. Many of them were much younger than I am. I wonder, why not me?”), this is an artist who seems manifestly bored by his own self-imposed retirement.

Artists rarely retire for long – they tend to die first – and so it is with the never-ending Miyazaki, who soon commences work on a new short film, "Boro the Caterpillar." The surprise here is that "Boro" will be its creator’s first animation using CGI, a genuine shock given his well-known distaste for nontraditional methods of animation. (Miyazaki’s collection of flip-book animations, briefly seen, is a testament to the wide-eyed young boy inside the increasingly frail old man.) As he assembles a crack team of CGI pros to animate his hand-drawn images – “They’re so young!” he says – it rapidly becomes apparent how difficult it is for them to grasp the subtle, organic nuances of cel animation. By turns stern, borderline irascible, and deeply passionate about his new project, Miyazaki is equally befuddled by the array of CGI tech presented to him. It’s as if an essential component of the artistic aesthetic is absent from the communication skills of both sides.

Viewers unfamiliar with Miyazaki and Studio Ghibli’s extraordinary output over the years may find Never-Ending Man an exercise in tedium – the creation of an animated film, even a short one, is a famously slow and exceedingly precise process – but for those who, like me, adore his life’s work, it’s a precious and fascinating glimpse into the inner life of the world’s greatest living animator.