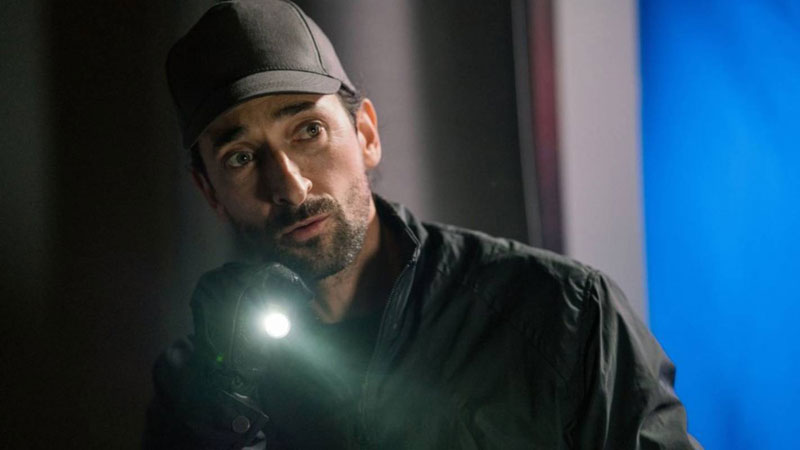 It was supposed to be a “soft in, soft out” job for Bullet Head’s thief, safecracker, and junkie. But when their getaway driver is shot dead during the escape, the three criminals take refuge in an abandoned warehouse where they must wait until sundown for the possibility of rescue. They carry no guns and their loot is merely a low-stakes satchel of drugs. They never really refer to one another by name, although the press notes identify the thief as Stacy (Brody), the safecracker as Walker (Malkovich) and the junkie as Gage (Culkin), although the older men refer to him as “Kid.” Holed up like reservoir dogs in this essentially one-location film, this plot is the first hint of writer/director Paul Solet’s Tarantino-esque inspiration. The other is his film’s wonderful monologues, which must have lured these sterling actors to the project like catnip. It’s dogs, however, that are the animals on this movie’s mind.

Bullet Head opens with some unclear sounds and images: chains, feet, iron bars, clanking, and other indistinguishable noises arising from a dank, dark interior. Slowly, you begin to see the confusing barrage as the POV of a dog – specifically, a fighting canine being led to an arena where dogs fight others to the death. Only later in the film, once the robbers are menaced by a killer pit bull running loose in the warehouse after killing his handler (Pfeffer), do we realize that the horrific opening images showed us that these dogfights are happening at this same location. The robbers quickly discover there are worse threats than police capture as they run from place to place, taking cover in various corners of the cavernous warehouse to escape the dog’s fangs or the murderous intentions of the kingpin of the dogfights (Banderas, gruff and truly frightening as the film’s top dog). Solet (Grace) and his cinematographer Zoran Popovic make brilliant use of the building’s space to create a milieu that seems, rather than claustrophobic, an infinite prison of terror. Each blind leap of faith lands them in another world of hurt or temporary solace, aided in large measure by the film’s sound design by Ryan Nowak and the original music of Austin Wintory. And the moment when the thief played by The Pianist Oscar-winner Brody hides from the killer pit bull inside a baby grand piano is a scene of uncommon ingenuity and waggishness.

Amid scenes of blood, mayhem, and frantic chase are quieter scenes of conversation and flashbacks. Brody and Malkovich have a naturalistic rapport that’s a pleasure to watch as the two elder and more experienced burglars, who are nevertheless unwise enough to get pulled into the Kid’s penny-ante robbery. They opine on the differences between cat people and dog people and, surprise, everyone (including the Kid and Banderas’ capo) has a personal dog story to tell, mostly in flashbacks that visually merge the present-day and past memories. It’s an effective trope, even though it seems something of a stagy technique in the middle of a crime thriller. Yet it also makes Bullet Head come across as a hyper-male crime film with soul. (Even the fighting dogs sport names like De Niro, Eastwood, and Bronson.) Despite featuring emotionally static characters who undergo no personal development and having the structure of basic robbery-and-chase setup, Bullet Head is the kind of action film that throws mindlessness to the dogs. 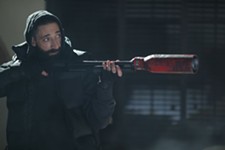 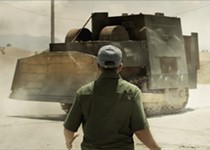 Tread
Madness, paranoia, and a goddam homemade tank in this terrifying documentary