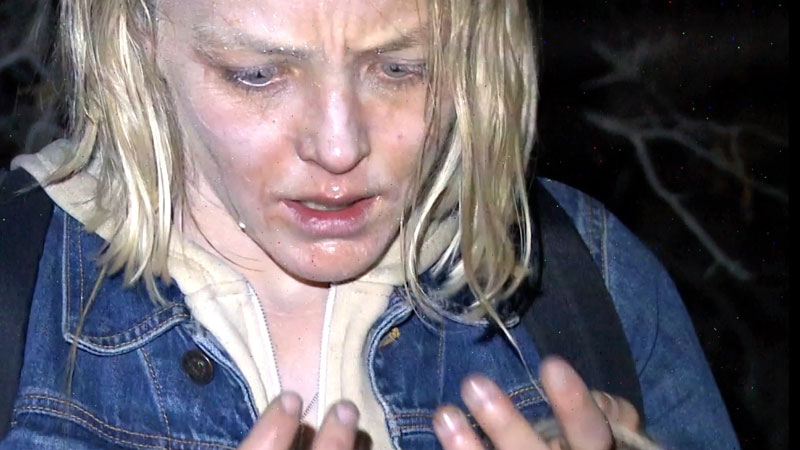 Like Fox Mulder, the Lone Gunmen, and the characters in director Justin Barber’s feature debut, I want to believe. Specifically, I want to believe that the found-footage horror genre is coming to an end. Also, discovering Bigfoot somewhere in, I dunno, Portlandia probably, would be equally wonderful. But belief can be a bitch that way: zero Sasquatch and Phoenix Forgotten add up to me siding with Dana Scully on a particularly cynical day.

Barber and co-writer T.S. Nowlin have based this very Blair Witch-y film on actual events, namely the widely reported mass sighting of mysterious lights hovering over the Phoenix desert in 1997. Barber blends actual, amateur-shot footage of the glowing orbs into real and restaged news coverage, and then introduces Sophie (Hartigan), the younger sister of Josh (Roberts), who along with high school pals Ashley (Lopez) and Mark (Matthews), went missing 20 years ago while searching for the source of the unexplained aerial phenomena. Ostensibly making a documentary about the missing kids, Sophie gets the brush-off from the military, interviews UFO true believers, and ultimately finds the trio’s melted video camera and a cache of long-lost tapes that may explain what happened to her brother and his friends on that fateful night. From there on out, Phoenix Forgotten is borderline generic, desert-set found footage that apes the aforementioned Witchiness and genre constraints to a snooze-worthy T.

Ridley Scott, who has a different, presumably less mediocre alien movie of his own arriving in theatres soon, is listed as one of this film’s many producers, though it’s unclear why he signed on to a project that, while ambitious and occasionally unnerving, ultimately relies on a woefully exhausted narrative involving shaky-cam footage of teens getting lost in the dark. As the teens, Hartigan, Roberts, and Matthews are appealingly real, but the dual, interlocking storylines of Sophie’s intent to unravel the mystery of her brother’s disappearance and the two-decades-old footage bring nothing new or pulse-pounding to this genre. The 2009 abduction-by-alien-grays movie The Fourth Kind played fast and loose with these genre tropes and, in retrospect, was far more interesting, not to mention creepy. Bored with nothing to do on a rainy Sunday? Go rent William Cameron Menzies’ superlatively surreal Invaders From Mars or you-know-who’s Close Encounters of the Third Kind. Those are but two of the UFO genre’s films that you can really believe in.