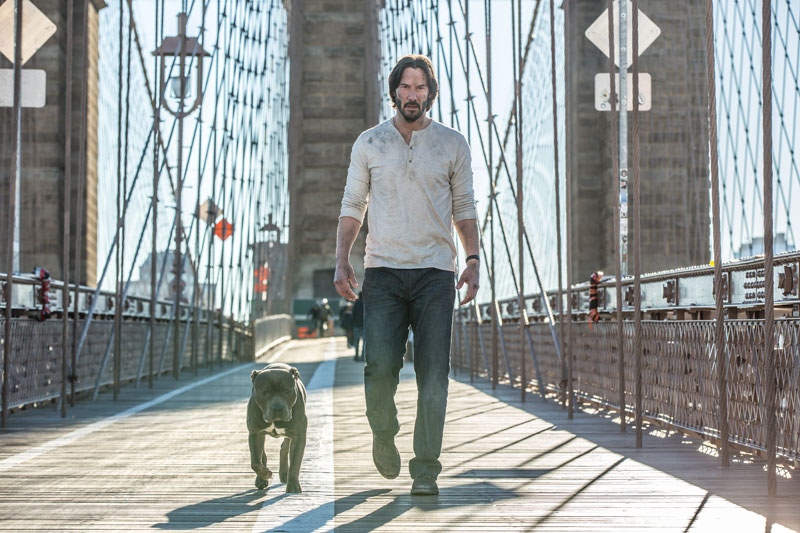 The second chapter to 2014’s out-of-nowhere hit has the same action verve and flair for inventive set-pieces that the first film did, and if anything, returning director Chad Stahelski (working solo this time) and screenwriter Derek Kolstad raise the stakes for this unexpected franchise. Chapter 2 picks up moments after the initial film ends, as John Wick (Reeves) engages in an intense car chase on the fuchsia-drenched night streets while heading for the garage housing his beloved 1969 Mustang, which was stolen from him by the same bastards who killed his dog in the previous chapter. As in the first film, the legend of John Wick, aka the Bogeyman, is recounted by others well before Wick appears in the flesh, which also has the effect of establishing the character’s background story for anyone just entering the fray with Chapter 2. With the old score from the first part finally settled, Wick finds himself unwillingly pulled into a new caper.

Keanu Reeves delivers his best work since The Matrix in this series, so it comes as an extra delight when Reeves’ Matrix co-star Laurence Fishburne shows up in the latter half of John Wick: Chapter 2. Common and Ian McShane are also especially good as a fellow hit man and the manager of the New York Continental Hotel, respectively. The international hotel chain is also a carryover from the first film, but here given more elaborate life as a way station for hired guns and other perfidious evildoers. (Film icon Franco Nero gets one of the film’s funniest lines as the manager of the hotel facility in Rome.) John Wick: Chapter 2 also has a very good humor about itself, with details such as the hotel’s sommelier really being a gun dealer, showing the inner workings of the international phone and banking network that gets set in play as soon as a contract is taken out on a life, words and phrases suddenly flashed on the screen, and a wild sequence set at an art exhibition that becomes an obvious tribute to Orson Welles’ hall of mirrors in The Lady From Shanghai. Formerly a stuntman and Reeves’ frequent body double, Stahelski has burst out as a vivid and creative action director with these two John Wick films. He has a true talent for making Reeves and everyone else – and everything – pop and look good. 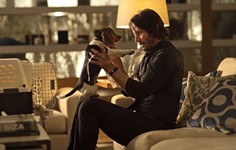 John Wick
Keanu Reeves and the filmmakers deliver the goods in this well-constructed revenge picture.