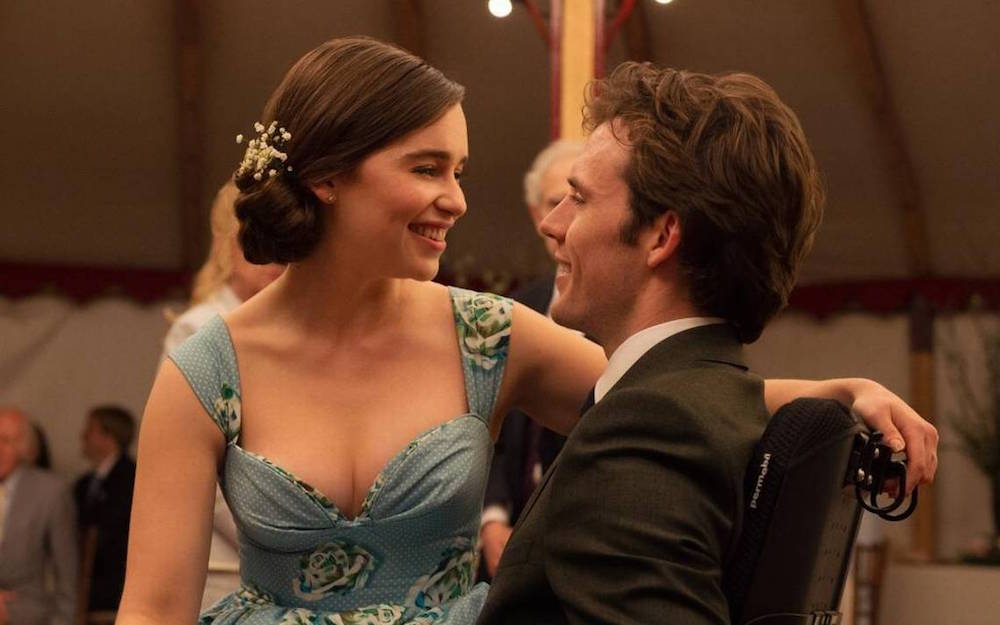 From the Mother of Dragons, a mother of a volte-face: Game of Thrones actress Emilia Clarke trades out Daenerys’ Sunday finest of bleach-blond tresses, steely posture, and lightly porny desert wear for fuzzy sweaters and her natural brunette to play a working-class, charmingly galumphing English gal named Louisa who takes a job ministering to Will Traynor (Claflin), a paraplegic with a posh background. (The film’s prologue depicts his devastating spinal cord injury.) Lou is a lovable chatterbox, but Will, a former adrenaline junkie and avowed lover of life, isn’t having it. He’s already decided he has nothing to live for now. Lou intends to change his mind.

When adapting their own stories, some novelists can’t stomach killing their darlings to streamline for the screen. That’s no problem for Jojo Moyes, who wields considerable, if discreet, knife work on her bestselling 2012 weepie. If you haven’t read the book (which, like Lou, has its charms), you won’t necessarily miss certain subplots, including the one that shades in why Louisa abruptly dropped out of dreaming big to settle for a quiet life in her provincial hometown. Still, without that background, the film turns into a fairly generic double white-knight scenario – of a sunny girl who wants to turn a sad boy’s frown upside down, and a rich guy with the means and motivational speech to broaden a poor girl’s horizons.

Me Before You isn’t going to win any awards for sophistication in storytelling or direction, but it tenderly reproduces the book’s most iconic scenes, and their tearjerking effect. Some disability advocates have protested Me Before You; frankly, they’re giving the movie more credit than it deserves. There’s no agenda here beyond tugging heartstrings. Claflin, with his mile-wide smile, and Clarke, mugging like an adorable doof, tugged mine plenty in the moment, but there’s no cause for alarm: Side effects wear off within the hour.