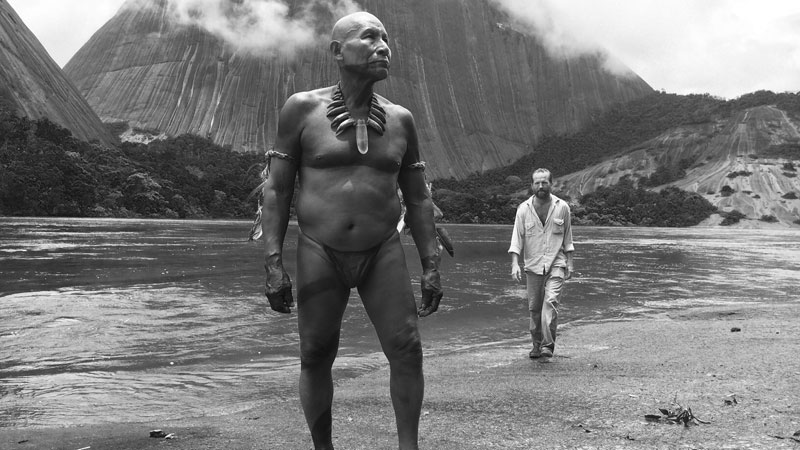 Embrace of the Serpent

This Colombian drama that travels into the heart of the Amazon is a highly original take on the oft-told story of how indigenous cultures get wiped out (often inadvertently) by Western explorers. Yet Embrace of the Serpent is not an ideological treatise or ethnographic document (although it shares commonalities with those approaches): The film is also comic, mysterious, and structurally ambitious, while offering numerous points of entry and perspective. It will remind you, occasionally, of other narratives by filmmakers like Francis Ford Coppola, Werner Herzog, and Apichatpong Weerasethakul that capture some of the phantasmagoria of the jungle. Still, Ciro Guerra’s film is its own thing, unlike any of the references named above.

The storyline follows poetic logic more than narrative logic, and as such it becomes a challenge to describe. Embrace of the Serpent stands in sharp rebuke to the truism that history is told by the victors. Guerra and his co-screenwriter Jacques Toulemonde incorporate the indigenous people’s perspective into the film’s narrative arc. Essentially, the film tells two interlocked stories set decades apart, and though it is inspired by the real-life journals of two explorers (Theodor Koch Grünberg and Richard Evans Schultes), who traveled through the Colombian Amazon in search of the sacred and difficult-to-find psychedelic Yakruna plant, Embrace is purely fiction.

Theo (Bijvoet, best known for his starring role in Borgman), is an ethnographer who came to the Amazon sometime around the turn of the 20th century. He stayed there for decades, and sent his drawings, photographs, and notebooks back home to be published, yet presumably died in the jungle. His guides were two young native men: the loyal and moderately Westernized Manduca (Miguee) and the shaman Karamakate (played by Torres as a young man and Bolívar Salvador as an old man), who is the last survivor of his tribe. Years after Theo’s disappearance, Evan (Davis), another scientist, appears and beseeches old Karamakate to accompany him on his search for the Yakruna plant. Karamakate insists he has lost all his memories, but due to his belief system he thinks both scientists have a single soul and are, indeed, the same man.

The two journeys taken on the river also echo each other. Trading stops with various native tribes and at a berserk Catholic mission illustrate the filmmaker’s ideas about the encroachment of Western civilization. These thoughts are spelled out and the metaphors are often obvious, yet there is enough poetic intertwining and animistic iconography that it never becomes heavy-handed, although the overall film could stand a tiny bit of trimming. It’s filmed in stunning black and white (by David Gallego), which also lends Serpent an air of ethnographic familiarity, as though we are really seeing the recordings of the two scientists, who both tellingly use old twin-lens cameras. The film also contains elements of a road movie and the picaresque, but the heart of the movie is Karamakate, whose story this really is. Embrace of the Serpent does a remarkable job of telling a multifaceted and compelling story. 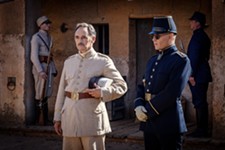 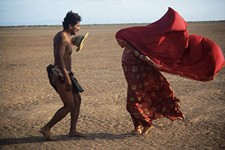