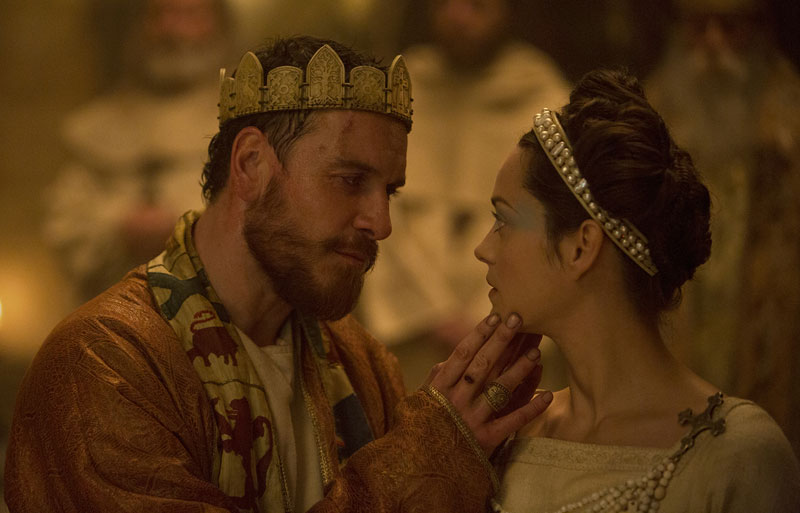 “I have given suck.” It’s only four words, Shakespeare’s lone intimation that the Macbeths were not always childless, but Justin Kurzel’s new adaptation begins with the child’s end, an abstraction turned corporeal, and dead on a funeral pyre. It’s the first innovation in a film adaptation that means to show what Shakespeare only tells, or suggests, in offstage action: this funeral, a battle, a royal assassination, and the domino-stacked murders that follow.

The Weird Sisters, the tragedy’s opening act, attend the funeral and return during Kurzel’s staging of the Battle of Ellon in an ominous vision only Macbeth (Fassbender) sees, blinking his eyes through the chaos of war. The Weird Sisters glare back. There’s no steaming cauldron, and these aren’t crooked-backed hags cackling about toil and trouble. They are war widows. Their prophecy isn’t born of evil or voodoo (as Orson Welles once imagined it), but bitter resignation to a cycle of violence.

This mostly off-book overture is a wordless astonishment. (Jump forward a couple acts to meet MacDuff’s wail at the wages of war: “I have no words.”) Australian director Justin Kurzel (Snowtown) films the battle in slo-mo tableaux, gorgeous and gruesome – fetishistic, even – pictures of brutality.

Already Shakespeare’s shortest tragedy, Kurzel and his adapters prune more, as well as reorder and reimagine, always with the theme of lost children in mind. Asides are often addressed to apparitions. After Macbeth murders the king (Thewlis) and takes his crown, goaded on by his scheming wife Lady Macbeth (Cotillard), Macbeth is haunted by a young soldier he tenderly – paternally – applied war paint to shortly before his throat is slit by the enemy (there’s a lot of throat-slitting here), while the steelier Lady Macbeth finally breaks when her husband orders the murder of rival MacDuff’s children; she delivers her “out spot” speech to her dead child.

Fassbender certainly looks the part. The physicality of his performance is breathtaking. Not just the obvious sword-swinging stuff, but in subtler ways, too: the rare cracked grin at the audacity of the Weird Sisters’ prophecy that he’ll be king, the red-rimmed eyes that signal his swift descent into madness. But as an instrument of Shakespeare’s verse, he’s less commanding; the words expel in an unmodulated growl of grim.

Kurzel and cinematographer Adam Arkapaw’s vision is one of pummeling beauty. You could drop out the sound and be content with their red- and blue-bathed sceneries of mayhem, the white fog that obscures a blighted land. (An addendum: The score – all war drums and thick, sinister strings, by Kurzel’s brother, Jed – is essential.) The trouble comes, and not just for Fassbender, when it’s time to tackle the actual text. The toil of it is exhaustingly felt. The lines are spoken, but their weight sometimes is as vaporous as that Scottish fog. 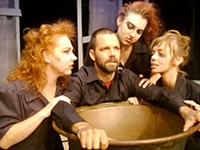 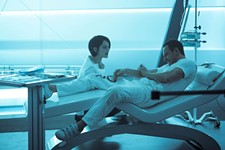