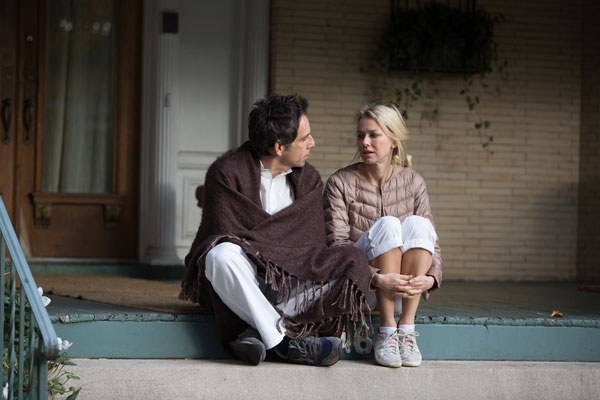 For 20 years now, writer-director Noah Baumbach has cast an amusing eye on characters stuck in some sort of rut, whether they suffer from post-grad ennui (Kicking & Screaming, Frances Ha) or middle-aged malaise (Greenberg). His latest film, While We’re Young, skews closer generationally to the latter, bringing Ben Stiller back into the fold as struggling documentarian Josh who, along with wife Cornelia (Watts), finds himself reinvigorated by an unlikely friendship with Brooklyn twentysomethings Jamie (Driver) and Darby (Seyfried).

Josh has blown the better part of a decade trying to finish his current nonfiction endeavor, a six-hour opus vaguely about “power in America,” while trapped under the shadow of Cornelia’s much-lauded father-in-law, Leslie (Grodin, always a welcome presence). To Josh, the newfound hipster couple’s appropriation of everything that his generation had previously disposed is endearing; when Jamie tries to rev Josh up using Survivor’s “Eye of the Tiger,” Josh points out, “I remember when this song was just considered bad.” As friends their own age (Dizzia and former Beastie Boy Horovitz) find themselves consumed by domestic responsibilities, Josh and Cornelia are eager to fill that social void with walking, talking reminders of their own waning potential.

The result isn’t entirely riotous – a mid-movie sequence involving ayahuasca falls oddly flat – yet Baumbach weaves in plenty of droll observations about the bittersweet burden of middle age and the millennial tendency to transform yesterday’s nostalgia into today’s kitsch. The story stumbles once the wedge between this revitalized couple and their forsaken friends becomes a wedge between a newly wary Josh and everyone else around him, leaving the story’s women stranded while Stiller works himself into a trademark neurotic lather opposite an increasingly oily Driver.

These late-coming concerns about the blurred lines between characters helping themselves to other people’s lives rather than their culture could have formed the basis of its own feature-length generational statement, but instead, While We’re Young struggles to reconcile its protagonists’ rival impulses to either welcome an unexpected source of youthful vitality with open arms or embrace such an individual so as to better displace them from one’s lawn.