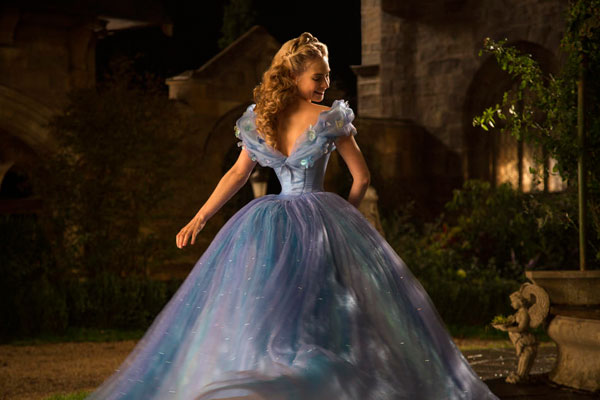 Once upon a time, the fairy tale was kid stuff, a happily-ever-after bedtime ritual to lull toddlers to peaceful slumber, even when the narrative involved a granny-eating wolf in sheep’s clothing or the fairest of them all’s unwitting bite into a poisoned apple. Grimm, indeed. Lately, movies and television have taken the genre for a postmodern spin, reimagining the backstories of glamazon villainesses, empowering damsels with feminist ideals, and flattening the abs of muscled-up Prince Charmings. Witness ABC’s bewitching series Once Upon a Time, in which fairy-tale characters live a dual existence in the real world of a sleepy Maine hamlet, or big-screen adaptations like Snow White and the Huntsman and Maleficent, which play more like action movies than children’s tales. No wonder the time was right for the recent translation of Stephen Sondheim’s subversive stage musical Into the Woods for consumption at the local suburban cineplex. We’re not in Kansas anymore.

Simple, elegant, and lovely, Cinderella eschews the popular revisionist urge – it’s a film of which Uncle Walt would approve (good thing – it’s a Disney production), though it’s infinitely more real and genuine than anything he offered the world over half a century ago. While its nearly-two-hour length requires some slight augmentation of the familiar storyline – our heroine Ella’s pre-Cinder days and the search for the dainty foot with the glass-slipper shoe size are drawn out a tad too long – it’s an otherwise traditional telling of the hearth-bound maiden who has a royal ball one enchanted night and captivates the heart of a young monarch. It doesn’t hurt that it looks like a billion dollars. Sandy Powell’s sumptuous costumes convey both character and imagination; Dante Ferretti’s rich production design captures a storybook sense of place and time; and Haris Zambarloukos’ color-drenched cinematography amazes the retina with hues so vivid and vibrant they imprint your visual sense. Of course, there’s a touch of magic too, in the form of a pumpkin wildly transformed into a carriage, lizards mutating into awkward footmen (it’s not easy being green), and loyal mice transmuted into the snow-white horses that whisk the young woman to and from her date with destiny. The only thing missing here is more screen time for Bonham Carter’s effervescent fairy godmother, who’s curiously outfitted in a dental prosthetic, giving her the unreal smile of an ethereal beauty contestant.

Mention must be made of James’ guileless turn as Cinderella. Like the beautiful crystalline-blue ballgown worn in the film’s centerpiece section (you can’t take your eyes off it; it literally dazzles), she looks as if she’s lit from within. It’s easy to believe this character’s sincerity and good-heartedness, in keeping with her mother’s deathbed counsel: “Have courage. And be kind.” When the shoe’s on the other (and right) foot and the course of true love finally runs smooth for Cinderella, the look of contented happiness on James’ face as she gazes at her husband-to-be (nicely played by Madden) is the pay-off you’ve been waiting for the entire movie. Try to hold back the tears. It’s all so very enchanting, just as a fairy tale should be. 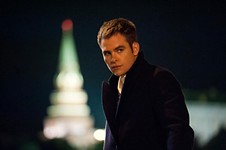 Jack Ryan: Shadow Recruit
In something of a prequel, this is Jack Ryan's origin story – before Tom Clancy got his hooks in him.