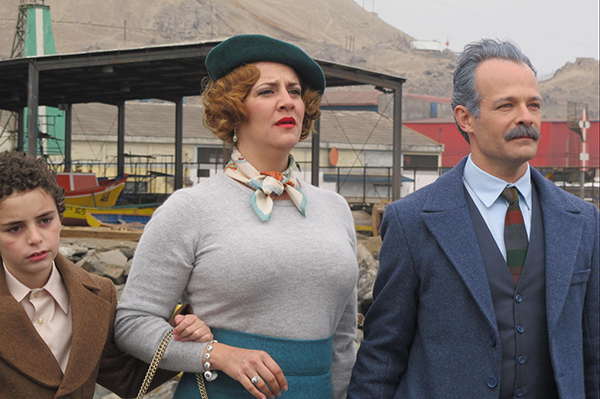 Alejandro Jodorowsky’s first feature in 23 years isn’t in the same vein as the surrealistic cinematic outliers of the Chilean director’s halcyon era, but it’s clearly a labor of mad, passionate love on the part of everyone involved.

Eschewing the phantasmagorical weirdness of El Topo and considerably less gaudy and blood-spattered than 1989’s utterly unhinged Santa Sangre, The Dance of Reality is based on Jodorowsky’s autobiography, and, in particular, his wild childhood. You could even go so far as to call it something of a family film, but then, really, what Jodorowsky film isn’t?

Speaking of the Jodorowsky brood, the director’s now-adult son Brontis (“the boy” from El Topo) plays his own father here. (What Freud would’ve had to say on the subject of Alejandro Jodorowsky’s life and oeuvre makes the mind reel.) Jeremias Herskovits makes a fine stand-in as Jodo the younger. He’s both a wildly imaginative child and the victim – sort of – of his domineering father. One harrowing sequence has the boy undergoing a trip to the dentist sans anesthetic, at his father’s behest. “Now you are a Jodorowsky,” the jubilant dad proclaims.

More linear and traditionally story-based than the madcap, Dada-esque hallucinations of the director’s Seventies-era masterpieces, The Dance of Reality is nonetheless awash in Jodorowsky’s singular vision: Roving amputees, evil clowns, and a faceless beggar come and go, along with dreamy sequences that eventually cohere into a plot you can actually follow. Try that with the director’s first feature, Fando and Lis, and you’ll get a migraine.

Set to a lovely, period-evocative score by yet another Jodorowsky progeny – son Adan – The Dance of Reality is crammed to bursting with the director’s trademark magical realism. Occasionally marred by budgetary constraints, this is nevertheless a welcome return for an artist who truly deserves the sobriquet: El Maestro.

This review has been modified from its original publication in the Chronicle on March 12 as part of our SXSW Film coverage. 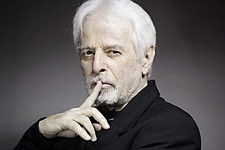 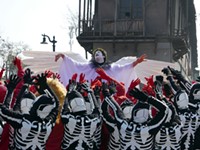 Endless Poetry
Portrait of an artist as a young man 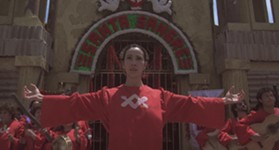 Santa Sangre
Cult director Jodorowsky emerged from a long period of film inactivity with this wild explosion of movie madness that culls from Freud, Jung, and surrealism to create a bloody circus of the mind, which is told from the perspective of an escapee from a mental hospital.