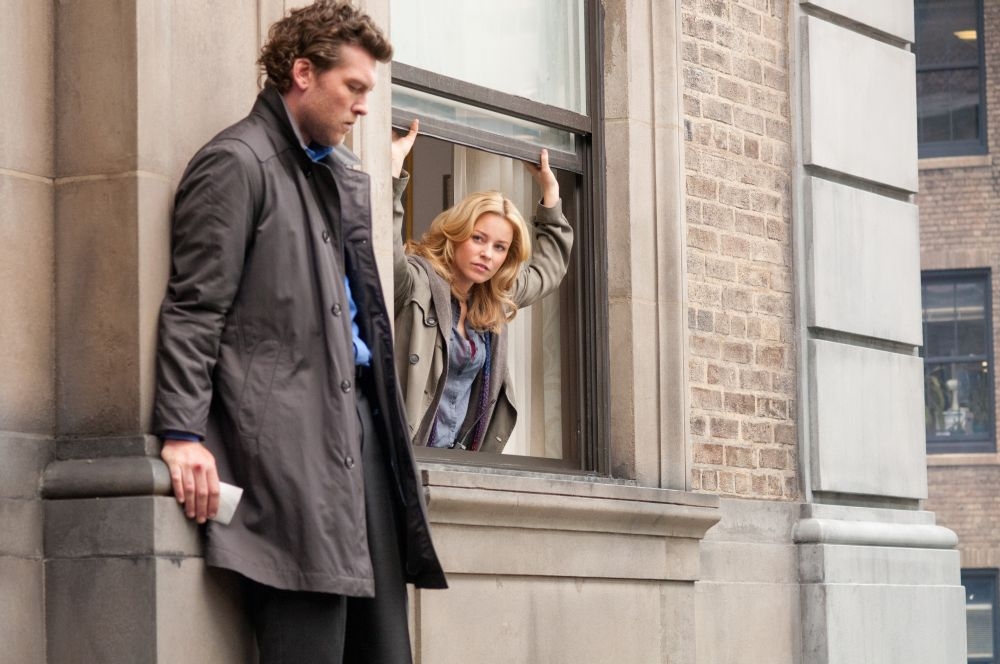 Man on a Ledge

Despite its rickety narrative scaffolding and a veritable traffic jam of improbabilities, coincidences, and sheer audience manipulation, Man on a Ledge is a decent enough diversion for those seeking non-Oscar-nominated re-releases. Just don't expect too much dizzying amazement. Director Asger Leth (Ghosts of Cité Soleil) pulls out all the stops – many of them a bit too far for credulity – in this jumpy tale of an NYPD cop who, having been framed by his bosses for a crime he didn't commit, takes matters into his own hands and onto the side of the Roosevelt Hotel. If I didn't know better, I'd say this was one of Larry Cohen's lesser works – along the lines of Phone Booth or Cellular – but it lacks New Yawkah Cohen's savvy, cynical writing chops (and mainstay Michael Moriarty).

The film opens with a bang as former Detective Nick Cassidy (Worthington) busts out of detention and goes on the lam, hightailing to the Roosevelt for reasons that will explained throughout the film. Backstory is filled in and other characters, all somehow related to Cassidy's alleged theft of a mega-diamond belonging to a reptilian developer played by the always-terrific (even in a slow role like this one) Ed Harris. Stepping out onto the windy ledge outside his hotel window, Cassidy begins making demands to the assembled throng – who, in a nice touch of cinema verité – clamor for him to take a dive. Equally disgraced officer Lydia Mercer (Banks) is sent in as his negotiation point person.

In the meantime, screenwriter Pablo F. Fenjves sets up convoluted, heisty goings-on at a building catawampus from where Worthington gamely totters, while Harris mugs and rhapsodizes like some freaky, methed-out parody of Donald Trump (which, I guess, he is). Jamie Bell, as Cassidy's loyal brother, and the comely Genesis Rodriguez scheme, climb, and pull some Mission: Impossible silliness, but in the end it's all much ado about not so much, a semifunctional thriller that tingles but never terrifies. Ledge schmedge. 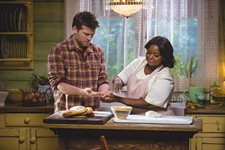 The Shack
The spiritual journey of a tortured soul