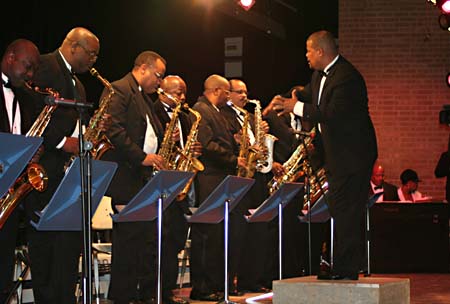 Tweet
print
write a letter
Inspirational in the very best sense of the word, Thunder Soul brings in ’da funk. Landsman’s documentary, which had its world premiere at SXSW 2010, works on many levels. The film’s music will get your body grooving, the story’s history will spark a greater understanding of the “times they are a-changin'” social milieu of late-Sixties/early-Seventies America, and its implicit argument for the value of arts education in public schools will ignite a fervor that no speech, declaration, or study could ever equal. Thunder Soul tells the story of the Kashmere Stage Band, and before the film is through, this high school band you’ve never heard of will have earned a top spot on your personal hit parade.

In its heyday (1968-1979), this Houston high school band won several national contests, conquering racism with the strength of its music and travels as far away as Japan to perform it. The band was led by Conrad O. Johnson Sr. (whom everyone calls Prof), a jazz musician in his own right who stayed in Houston to teach school and raise a family with his beloved wife. His expectations of excellence prodded the band’s success, and his musicianship allowed him to draw on the funk stylings of the day to compose and choreograph pieces that yanked the lid off the staid but pervasive jazz rhythms to create something thoroughly funky and original.

The film is structured around a reunion of members of the Kashmere Stage Band, who have gathered to perform a concert in honor of Prof’s 92nd birthday. Many of the middle-aged participants haven’t touched their instruments in 30 years, but their on-camera recollections and a wealth of archival material establish a vivid record of what the group accomplished. Crazy Afros, an all girl trombone line, and the rise of the black-pride movement all have parts to play in this transformative story. An unexpected third-act climax adds drama due to Prof’s deteriorating health. The alumni’s ultimate reunion performance culminates the film on an exhilarating note. Music has rarely appeared more essential to the human drama. 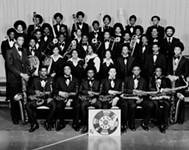 Kismet in Kashmere
'Thunder Soul' brings the generations back together 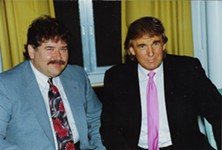 Scandalous: The True Story of the National Enquirer
The shocking history of America's sleaziest tabloid