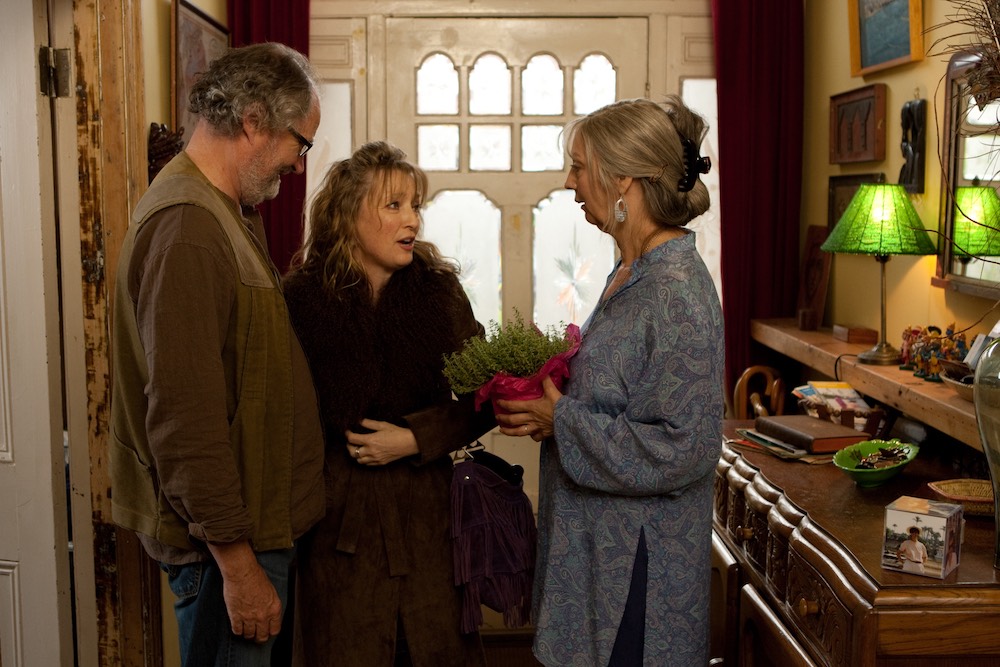 Don't be thrown by the gentle stringed score or the automatic balm of watching rumply British people in cozy sweaters: Another Year is a brutalizer. Leigh crafted the picture by spending months with his actors improvising and piecing together the story and dialogue. It's a unique conception process for a film – one that's worked very well for him over the course of a tremendous, 40-odd-year career (Life Is Sweet, Topsy-Turvy) – but it does rather raise an eyebrow over his recent Oscar nomination for Original Screenplay. Another Year documents isolated events – nonevents, really – over the course of four seasons spent in the home of the long-married couple, Tom and Gerri (beautifully played by Leigh regulars Broadbent and Sheen). The title points to the routineness of the days captured here – an old college friend comes to visit, a son brings home his new girlfriend – and Leigh and company never spell out the complicated relationship dynamics that drive the course of the film. But it's all there, big as a billboard sign, in the intimacy with which Tom and Gerri read the newspaper, their shorthand language, and the pointed looks they share when their unmarried friend and frequent guest Mary (Manville) refills her wine glass for the umpteenth time. Mary has a way of entering a house – breathlessly, brimming over with excuses for her lateness. "You know me,” she likes to laugh, as she launches into another story about the trials of her commute or her worries over being underdressed or overdressed for a dinner party at Tom and Gerri's. Indeed, quite quickly, the viewer feels confident in knowing who Mary is – a sweet-natured former good-time gal who has aged into a functional alcoholic. With a womanly confidence, she could be a stunner, but she's still trying to work a room with the tricks of someone much younger – girlish titters and helpless doe eyes scanning the crowd for a knight in shining armor. It's easy to write Mary off and, without so much as a whiff of sermonizing, Leigh and Manville have created a devastating portrait of how casual drinking can corrode into something essential and wrecking. It's a chicken-and-egg thing – did Mary's isolation drive her to drink, or did the drinking bring on her isolation? – though how Mary got to this place hardly matters; more to the point is whether she can dig herself out. As a single, middle-aged woman hovering on the periphery of other people's happiness, it doesn't look good, especially after a social faux pas results in Tom and Gerri subtly shutting her out. What emerges, most forcefully, in this brilliantly acted film that rattles to the core, is the primacy of the family unit, with its closed-circuit looping, and the unremitting awfulness of what it's like to be on the outside of that loop, looking in.