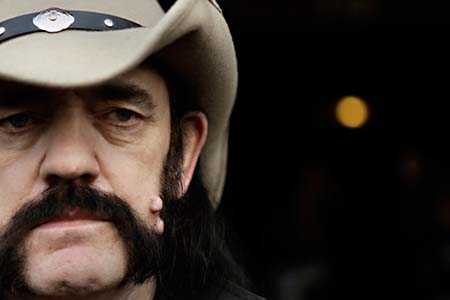 What's in a name? Lemmy, Olliver and Orshoski's portrait of Motörhead founder Lemmy Kilmister (which made its world premiere at the SXSW ’10 Film Festival), is one of the most thorough and entertaining rock & roll documentaries since Ondi Timoner's Dig! Like its subject, it's by turns philosophical, brash, and thoroughly kickass. Following the sexagenarian heavy-metal icon from his, forgive us, hippie-esque roots in the pioneering UK psychedelic outfit Hawkwind to his current status as a living legend, Lemmy the man (or is he?) traces his love of music – the Beatles turn out to be a surprising early influence – back to his mother and grandmother. Dad was permanently absent, but the budding young icon was reared in a musical home, setting the stage, improbably, for the birth of the band whose enduring motto remains, "Everything louder than everything else." Olliver and Orshoski have corralled an unlikely group of lifelong Lemmy fans to provide running commentary on the man, the myth, the speed freak: Pulp's Jarvis Cocker, Joan Jett, Henry Rollins, Dave Grohl (seen recording Chuck Berry's Christmas hit "Run, Rudolph, Run," of all things, with Kilmister), and, of course, Ozzy Osbourne. Up close and personal is not a phrase that springs to mind when discussing Motörhead – you'd be stone deaf forever, for one thing – but Lemmy nevertheless manages to render the man in if not exactly human terms, then something approaching demigodness. His famed eccentricities, among them a deep and abiding love of one-armed-bandits (the mechanical kind as opposed to The Fugitive), the historical minutiae of World War I and II, and his sprawling collection of one-of-a-kind, hand-tooled cowboy boots, all serve to make the nimble-fingered bassist with the rusty, barbed-wire throat someone even your batty Aunt Dottie could relate to. Ultimately, Lemmy is a lesson in artistic stoicism and the possibility of growing old gracefully within the confines of an art form that almost always rewards youth and punishes (or, worse, forgets) anyone over 30. Lemmy is too old to die and, frankly, would probably be able to kick the grim reaper's bony white ass with one hand tied behind his back.

If It's Too Loud, You're Not Lemmy
Notes from the very 'eavy documentary premiere at SXSW 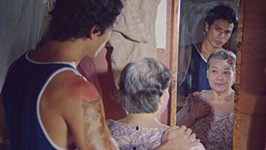 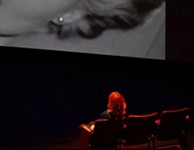