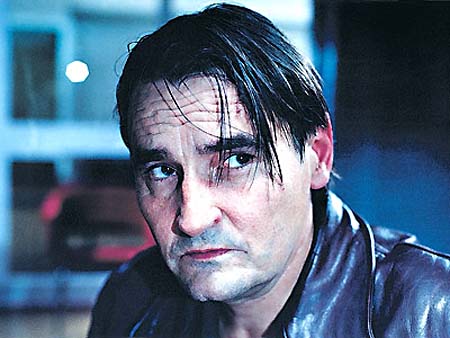 The Man Without a Past

An informal biography on the Internet Movie Database states that, combined, Aki Kaurismäki and his filmmaker brother Mika have produced one-fifth of Finland’s film output since the early Eighties. It’s an amusing (if unreliable) statistic – I would have pegged Aki Kaurismäki devotees as more of a members-only club. This is the first of his many films that I have seen, although I’m told that The Man Without a Past’s deadpan, slightly surreal bent is in keeping with the rest of Kaurismäki’s oeuvre. It begins with a man (Peltola), newly arrived in Helsinki, who falls asleep on a park bench and is mugged and beaten savagely (the cartoonish "thwack!" of the baseball bat diminishes some of the menace). The beating isn’t portrayed as a tragedy, merely as the first step in the nameless man’s trajectory. Thwack! Memory gone! The man, who looks like a hulkier Harry Dean Stanton and is about as chatty, goes about rebuilding himself, although that sounds perhaps too goal-oriented for him. He’s far more content to see where the day takes him – typically straight into another oddball encounter. He becomes, among other things, an unwitting accomplice in a bank heist and the de facto manager for a Christian-folk-band-turned-R&B-outfit. He finds a home, a dog, a woman (Outinen) named Irma – a Salvation Army employee who blossoms under their new love. Although Kaurismäki’s Oscar-nominated film runs just over 90 minutes, it moves rather slowly; it takes some time for the film’s quirky charms to kick in. They’re there, all right: in the goofily stilted dialogue and camerawork, the soundtrack’s anachronistic rockabilly, the scenarios that are just quirky enough to amuse but not irritate. But amusement doesn’t get under your skin or leave any lasting impression. I suspect that, like the Coen brothers, David Lynch, and Wes Anderson – our American masters of idiosyncrasy – Kaurismäki has a limited appeal. Those who get him, really get him. I think I get him a little bit, but not enough to send away for my membership card. 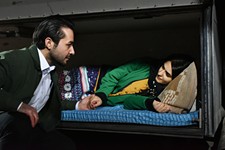