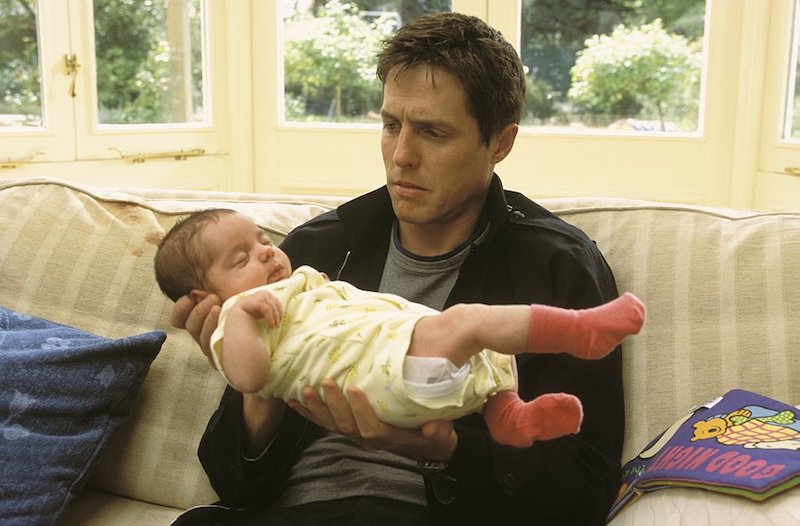 “They say no man is an island, but they're wrong,” says perpetual bachelor Will Freeman (Grant). “I am an island. I'm Ibiza.” That may be the most telling and also the most funny line in this ace adaptation of Nick Hornby's novel, though to judge from the lack of guffaws at the preview screening, the legendary hedonist destination appears to be all but unknown in Austin outside of the odd globe-trotting MixMag subscriber. Directed with winning panache by, of all people, American Pie's Weitz brothers and adapted (by Peter Hedges, with the Weitzes) with virtually all of its droll Britishisms intact, About a Boy ought to immediately receive some sort of prize for its very welcome (and unusual) release smack in the midst of summer blockbuster season. For those of us who will be too soon fed up with the carbon-copy car chases and lackluster characterizations sure to glut screens nationwide, the Weitzes have made a ridiculously entertaining film featuring both smart and utterly stupid characters doing, thankfully, things that don't involve chasing down stolen nuclear warheads or outrunning slo-mo explosions.

About a Boy is deeply funny in that wry British way that Four Weddings and a Funeral managed, and fans of Hornby's writing (he also penned High Fidelity) will revel in the film's charms. Grant plays Will, a shallow bachelor who lives off a trust fund and spends his days pursuing the sort of rigorously structured epicurean lifestyle that involves relentlessly picking up women, dining out, shopping, and watching plenty of television in his chic Finsbury Park bachelor pad. Things change when he hits on a scheme to pick up the ideal sort of women -- lonely single mothers -- and begins frequenting a support group called S.P.A.T. (Single Parents Alone Together). The fact that he doesn't have a child of his own slows him down not a jot; he fabricates one, Ned, and quickly hooks up with Susie (Smurfit), who, on their first date, brings along 12-year-old Marcus (Hoult), the son of her depression-wracked friend Fiona (Collette). In an effort to help the shy, beleaguered kid move up his schoolyard social standing a notch or two, Will buys him things like flash new trainers and Mystikal CDs (Marcus' ex-hippie mom has raised him on Roberta Flack, with predictable results), while Marcus' presence in Will's life creates a subtle sense of doubt about this whole island business.

That sounds pat, I know, but the film is anything but, possessed as it is of a sly, engaging, and altogether British sense of place and humo(u)r. Grant has never been better; his Will is a right bastard, with a damn fine aesthetic sense, to boot, and the young Hoult plays Marcus as a rosy-cheeked naïf, too consumed by his worries for his out-of-control mother to concern himself with the schoolyard beating he regularly receives. Will and Marcus are two of a kind, unlikely cohorts, unsure of one another but irresistibly drawn to each other in a symbiotic alliance of mutual benefit. It bears noting that the film is also helped immeasurably by a score from British Mercury Prize winner Badly Drawn Boy, which, in a just and fair world, ought to crack the Billboard 100 at, oh, number 15 at the very least (fat chance). Unlike its two protagonists, About a Boy knows exactly what it wants to do: It wants to make you smile, and grin, and then laugh with recognition, and it manages all three, again and again.