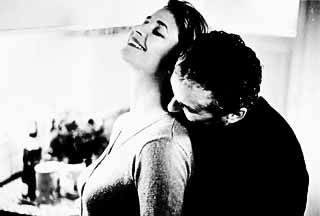 Under the Sand is a haunting French movie about a woman whose mind refuses to fully process the information that her husband has suddenly disappeared. Beautifully acted by Charlotte Rampling (whose career is recently resurgent following her Seventies heyday in such films as The Night Porter and The Damned), this movie slips into the viewer's consciousness much the way sand steadfastly insinuates itself into a body's crevices at the beach. Writer-director Ozon (Water Drops on Burning Rocks) displays a rare talent for being able to reveal life's interiority in unusually palpable terms. Between Rampling's lithe expressiveness and Ozon's telling imagery, few words need to be spoken in order to convey Under the Sand's story of loss. Indeed, there are few words of dialogue in the opening 15 minutes of the film. But during that time, we nevertheless learn a great deal about the marriage between Jean (Cremer) and Marie (Rampling). The movie opens as the middle-aged couple is traveling by car to their summer vacation home. Their movements indicate the familiarity of this routine and the wordless but loving intimacy they share. A cup of coffee at the rest stop, the way they fold the furniture coverslips in step with each other -- their actions and gestures tell us of the longevity and shared focus of their lives. Oh, maybe she stares into the mirror a second too long as she touches up her make-up, and maybe there's something ominous in the colony of ants he discovers as he's out collecting firewood. The next morning at the beach, Jean decides to go for a swim while Marie decides to read and take a nap. When she awakes in 15 minutes, Jean is gone. Has he drowned? Did he choose to take off? The beach patrol scours the water, but a body is never found. Is Jean a dead man or a missing person? And how can one mourn a loss when there is no evidence to support its actuality? Marie returns to Paris and her career teaching university-level English literature. She finds herself quoting a lot of Virginia Woolf, especially The Waves. She behaves as though Jean is still at home, going to dinner parties solo but talking about her husband nevertheless. She buys Jean gifts and sees him in the corridors of their apartment. Her friends worry about her mental state, and even when she goes to bed with a man who is courting her, you get the feeling she is conducting an extramarital affair. (One amazing sequence shows Marie being realistically caressed by two pairs of male hands.) Those who care about Marie indulge her behavior because no one really wants to dictate the proper way to grieve. There is such normalcy to her aberration that it's difficult to say that the character has passed into madness or some kind of disconnected fugue state. Under the Sand manages the most delicate of hat tricks: It gives definition to uncertainty. 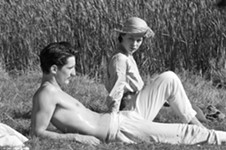 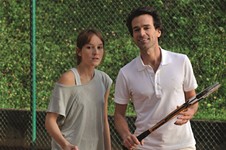