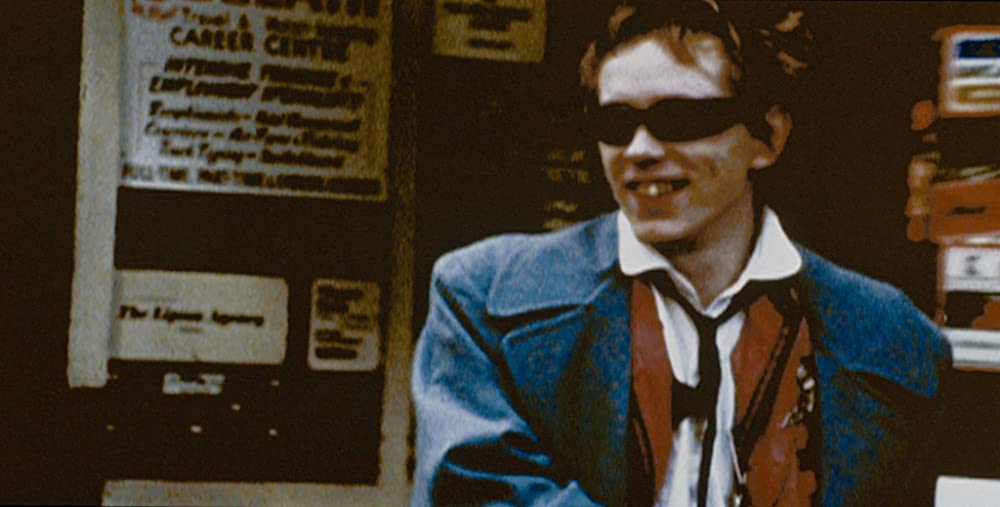 For a band that lasted only a couple of years, cut just one proper album and failed miserably at their bombastically-stated goal of torching the fly-blown carcass of corporate rock music, the Sex Pistols somehow managed to create a legacy of surprising durability. Just as persistent have been the efforts of band manager/Svengali Malcolm McLaren to claim all the credit. By McLaren's telling only, his genius at image-mongering and guerrilla media-manipulation kept Johnny Rotten, Steve Jones, Paul Cook, Glen Matlock, and Sid Vicious from plunging unimpeded into the same social rubbish heap as the rest of the working-clash yob masses from which they sprung. That was a dominant theme of Temple's 1980 movie, The Great Rock 'n Roll Swindle, which is clearly still a major thorn in Rotten & Co.'s collective arses. The Filth and the Fury appears to be, among other things, Temple's attempt to present a more balanced picture.

The most obvious difference is that this documentary gives all the surviving Pistols a chance to rebut Chairman Malcolm's official propaganda. Perhaps more importantly, it also offers some fascinating glimpses into the cultural background of England in the mid-Seventies - a raging cauldron of economic and political chaos that had at least as much to do with the Pistols' nihilistic ferocity as any of McLaren's highfalutin Situationist theories. As always, though, the ultimate closing argument for the Pistols' artistic legacy is their music, which Temple documents at great length with clips from his own archives and other films of the era such as Don Letts' cult gem, The Punk Rock Movie.

Speaking as a fan, my punk days are far behind me, and I'm uncomfortably aware of the old adage that “we travel through life with a diminishing portfolio of enthusiasms.” Yet there's still no music that can make my lungs seize up and the blood pound behind my eyeballs like hearing the first few bars of songs like “Holiday in the Sun,” “Anarchy in the U.K.,” and “EMI”. Combining adrenal gland-jolting concert footage with cleaned-up soundtracks - some apparently dubbed after the fact - Temple basically stands back and lets the Pistols settle for all time the issue of whether they were actually a great rock & roll band or just the prefab Punkees alleged by McLaren. (As if to make the verdict easier, Temple provides excruciating clips of real disposable-commodity acts such as the Bay City Rollers.)

Two impressions. First, anyone who can watch this film and deny that the Sex Pistols were one of the four or five most exciting and indelibly brilliant rock groups ever is pumping formaldehyde, not blood, through his veins. Second, one of the most meaningful services that Temple performs for the Pistols is his gentle debunking of the very same badass punk mythos that they themselves were so instrumental in creating. Johnny cries! (Over his inability to pull Sid out of his smack-fueled tailspin and the latter-day defiling of his dead friend's reputation.) The band actually cared - even agonized - over such mundane professional-rockband concerns as “tightness.” Major influences on Johnny's outré stage persona included Laurence Olivier's performance in Richard III, bits of which are hilariously interspersed throughout the film. And, most poignant, rock's angriest young men are growing old. Temple's interviewing technique of presenting the band in shadows is overtly a witty allusion to 60 Minutes-like investigations into scurrilous criminal conspiracies. But it's clear from the band's dumpy, patchy-haired silhouettes that they're no longer the hungry young blades of yore and that the two-decades-old images preserved here are how they'd just as soon be remembered. Thanks to Temple's exhilarating rock & roll documentary, they can consider it done. 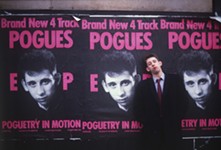 Joe Strummer: The Future Is Unwritten
One of the most compelling documentary portraits of a musician yet made, Julien Temple's film about the former Clash musician acknowledges the legend while uncovering the truth.

The Filth and the Fury, Julien Temple