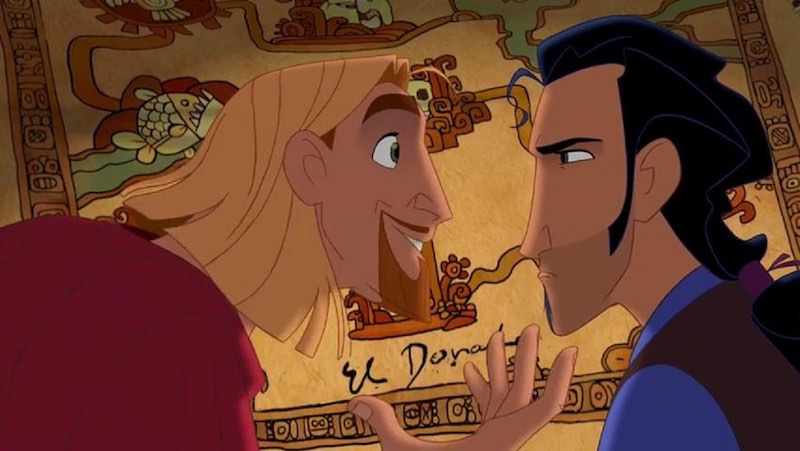 The Road to El Dorado

Perish the day we turn to cartoons for historical accuracy -- a philosophy that serves The Road to El Dorado well, for this new animated picture is more buddy movie than informative history lesson. Obviously, there's a lot of imaginative leeway regarding the topic of El Dorado, given that it's a mythical realm in the first place. The emphasis of this story is on the friendship of Tulio (Kline) and Miguel (Branagh), two 16th-century Spanish rascals whose escapades land them shipboard in the brig of Cortes' galleon sailing to the New World. They escape with the help of a friendly horse and soon find their way to El Dorado, where they are mistaken for gods by the local population. Tulio and Miguel decide to play along with the misidentification as an angle for siphoning the gold out of El Dorado. But in this they need the help of the local conwoman Chel (Perez). It's a scenario you can easily picture being played by Hope and Crosby in any of of their Road to - movies, or by any of the great comedy pairs from Laurel & Hardy to Martin & Lewis. And if The Road to El Dorado is a success, you can most probably count on seeing a whole new animated Road to - series. Kline and Branagh are in top form here lending their vocal talents to the lead characters. Their pairing seems comfortable and right as they joke and cavort. At one point they even skinny-dip together and bare their naked tushes -- which brings us to another point. This movie is rated "PG," not "G," so if images such as animated rear male nudity and curvaceous and midriff-baring Mayan babes and language that includes impolite words like "hell" and "crappy" are bothersome, then take the movie's parental-guidance advisory to heart. These aspects seem, in fact, rather gratuitous and certainly not narratively necessary. The songs by Elton John and Tim Rice are lackluster and instantly forgettable. Otherwise, the animation is beautifully vivid and multidimensional in appearance, though the characters favor the same lanky angularity (except for the aforementioned curvaceous Chel) these DreamWorks animators used in their debut work, The Prince of Egypt. As a competitor, the DreamWorks team continues to give Disney a run for their money. If they latch onto a franchise with this hodge-podge Road to - buddy gimmick, they may be on the expressway to success. 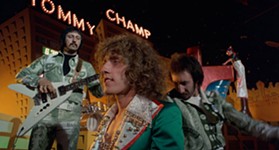 Tommy
An all-star cast (including Elton John, Eric Clapton, TIna Turner, and more) delivers this wild film treatment of the Who's rock opera. ...