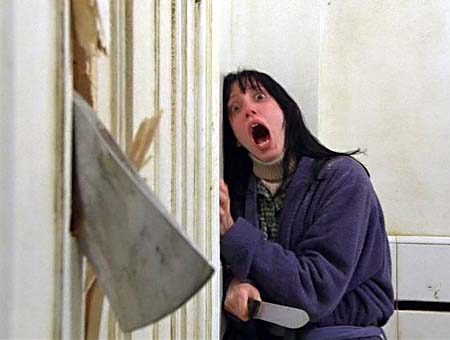 Who would have ever thought to pair up Stanley Kubrick and Stephen King? But weird as it sounds, this creepy thriller works. Nicholson takes his family up to an isolated hotel for the snowed-in winter and then goes flagrantly bonkers. Redrum, indeed.

All Work and No Play...
Alamo Shining Party