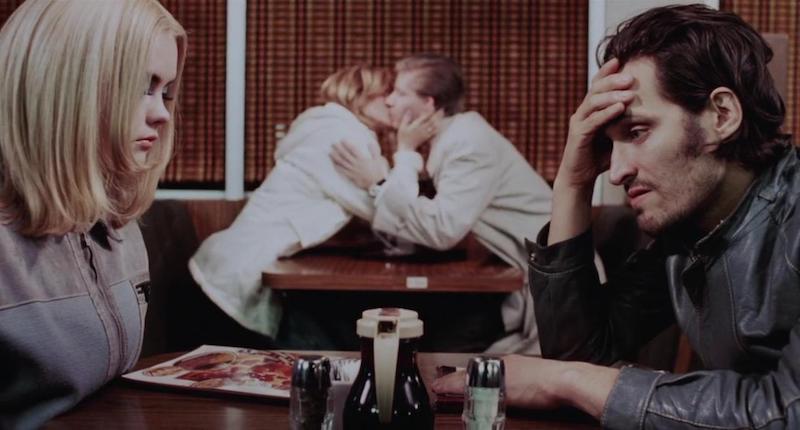 “Indie! Indie! Indie!��� is the unspoken mantra behind enfant terrible Gallo's directorial debut (he was previously seen in Palookaville as well as a series of Calvin Klein ads), and though independent cinema in America has, at this stage, been almost completely co-opted by the major studios, Gallo's battle cry makes for a fiercely humorous slice of unreality that soars even when it's crawling in the gutter and puking on itself. Gallo has recruited a stellar cast and then played them down into the depths of his tale's depravity so much that you hardly recognize Huston or anyone else. In a film populated by the hapless dregs of society, there are no star turns, and yet every character is cleverly portrayed, fully fleshed out and functional, and frequently downright creepy. Gallo plays Billy Brown, a scrawny, pale wingnut who, with his flared floodpants, red faux-leather disco boots, and too-tight tube tops, looks for all the world like God's loneliest toothpick. As Buffalo '66 opens, he's fresh out of jail (featuring an extended, painful, semi-comic sequence which involves a desperate search for a bathroom) and on his way to his parents' house. Before going in the joint for a five-year stretch necessitated by a botched $10,000 bet on the Buffalo Bills, Billy told his parents he was married to a beautiful woman and worked a secure, government job. Lies, all lies, and upon his release, he promptly kidnaps Layla (Ricci) and forces her (well, sort of forces her -- she seems liable to go along with anything) to pretend she's his better half. After a protracted and Lynchian nightmare meeting with his family, the pair split up briefly while Billy goes in search of the Bills place-kicker who lost that long-ago bet for him. But the real crux of Gallo's film is the reconciliation with one's childhood, and, sentimental thug that Gallo is, the search for Love. Gallo populates the film with the oddest of oddballs, least of which is naif Billy. Ricci, batting .400, pulls off yet another delicious, subversive turn, while Gazzara and Huston are everybody's Hell Parents: Billy's mom has never forgiven him for being born during the Buffalo Bill's only Super Bowl win, and his old man (the title fits him like the sweaty white T-shirt he wears) couldn't care less about him. Comedy is birthed of tragedy, I know, but this is ... ouch. Gallo packs the film with odd, endearing flourishes that detract a bit from the storyline but add to the overall whole: his father, crooning an old love song to Ricci, Billy's mildly retarded buddy Goon (Corrigan, of all people) who only wants to be called Rocky, and the whole, hyper-seedy look of the picture that makes you want to scrub with bleach once you get home. In the end, it's a love story after all, but a peculiarly Gallocentric one -- cheap, nasty, but salvageable nonetheless. 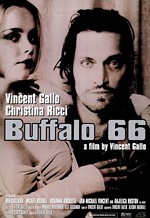 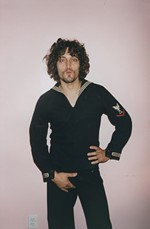 Gallo Humor
His actions and words toe so close to ludicrous, one hopes that Vincent Gallo as we know him – wildly talented, largely objectionable – is all some kind of performance art piece à la Andy Kaufman. 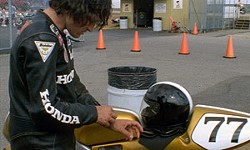 The Brown Bunny
Vincent Gallo's notorious film turns out to be an anti-action road trip that has the feeling of a fever dream.