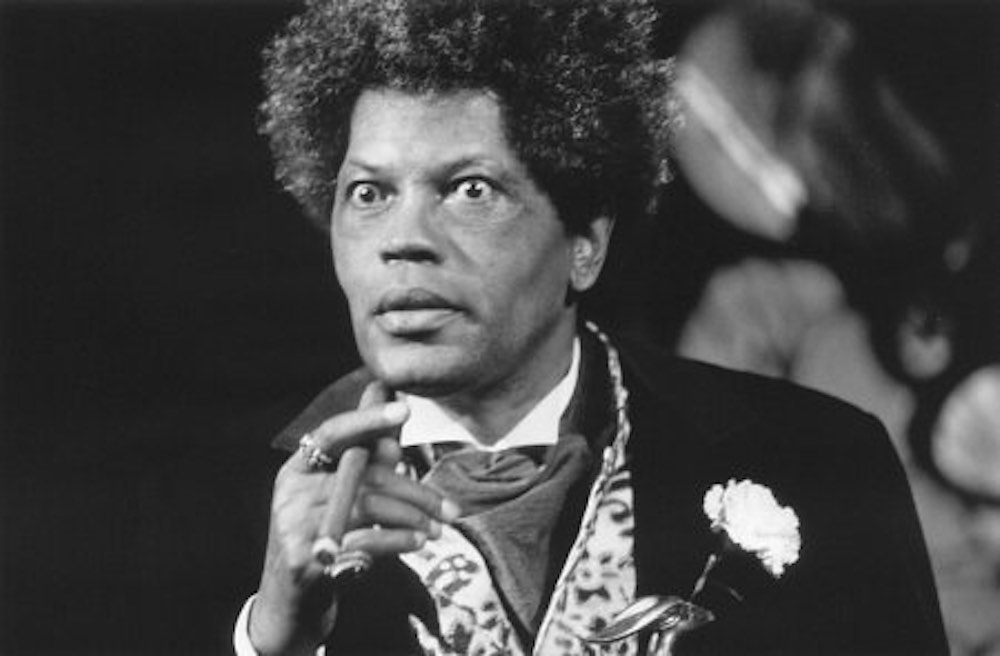 Tales From the Hood

A deft, well-directed horror anthology film from the makers of last year's hilarious Fear of a Black Hat. Cundieff weaves together a quartet of eerie urban shockers that brings to mind everything from Amicus Film's early-Seventies shockers, Tales From the Crypt and The Vault of Horror, as well as Hammer's superlative Dr. Terror's House of Horrors and the more recent Creepshow and Tales From the Darkside films (there's even a tip of the skull to several Twilight Zone episodes, not to mention Christopher Young's decidedly Zone-esque scoring). The framing device -- three young hoodlums meet up with the bizarre owner of an all-black funeral parlor in an effort to retrieve a cache of lost drugs -- is as strong as can be expected from this sort of thing; almost as a rule, it's the opening and closing bracketing systems that are the weakest links in the anthology chain. Williams III (best known as Linc from television's The Mod Squad), as the certifably deranged mortician-in-residence, gives a deliciously hilarious, absurdly over-the-top performance that adds a much-needed dose of creepy humor. The four interwoven stories here are, I'm glad to say, well above much of the tame drivel most similar films have put out recently. The first, and the weakest, concerns a group of rogue cops who murder a black activist and then are subjected to a Horrifying Vengeance From Beyond the Grave. “Boys Do Get Bruised,” the follow-up tale, posits a battered young schoolboy and the sympathetic teacher who intervenes to save him from “the monster.” Not half bad, really, but it's the two final stories -- “KKK Comeuppance” and “Hard Core Convert” that are the bloody icing on this particular cake (devil's food, one suspects). LA Law's Bernsen stars in the first as Duke Metger, a racist southern politician who incurs the wrath of a cadre of haunted dolls possessed by the wandering spirits of the slaves who died at the plantation house where he now resides. Excellent stop-motion animation by the Chiodo Brothers gives this a truly sinister frission. “Hard Core Convert” takes a page from A Clockwork Orange in telling of the bizarre “reprogramming” awaiting a hardened gangbanger in “Dr. Cushing's” medical laboratory. Nicely executed (no pun intended) from start to finish, Cundieff proves that Black Hat was no fluke with what may be the best African-American horror film since William Crain's Blacula.