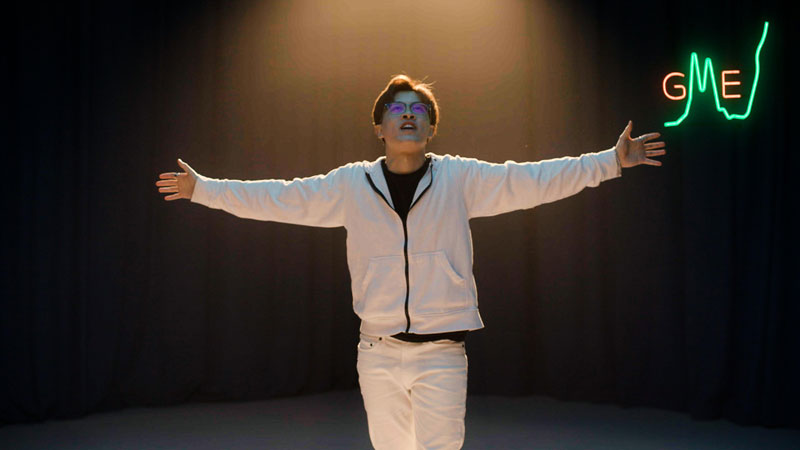 Diamond Hands: The Legend of WallStreetBets

Of the tales to be told in the aftermath of these decaying last days of empire, the GameStop saga will endure as a campfire crowd-pleaser.

Already the incident has begot a fair number of docs and postmortems: HBO, BBC, Vice, and others have chronicled this financial riposte upon the elite by mere peasants. And now Diamond Hands: The Legend of WallStreet Bets, an MSNBC-produced doc directed by Zackary Canepari and Drea Cooper (Flint Town) has entered the fray to determine if there is anything left to say.

Turns out there is, and not just because Canepari and Cooper have the primary players telling the story, including Alvan Chow (u/Jeffamazon), whose post on the WallStreetBets subreddit in October 2020 kicked the whole thing off. And while these points of view are a lot more interesting than throwing a camera in front of three random tech bros, or having Roman Roy snarkily define YOLO for you, what sets Diamond Hands apart is that it presents the story with all the self-awareness and none (well, little) of the self-aggrandizement, revealing a composite of a generation whose disaffection and underlying nihilism make it a completely reasonable move to invest their entire stimulus check on a dying brick-and-mortar video game store. Because people on the internet said it was a good idea. Because maybe they’ll get rich. Because maybe they won’t. Because these are the kids who moved into RVs when their parents lost the house in the 2008 crash, the kids who grew up with weekly school shootings, the kids who gleaned quite early that they were being lied to about hard work paying off, and notably, the kids who have a very transient relationship with money.

And guess what? That particular perspective scares the shit out of certain people, hedge funds who lost $4.5 billion in a month, for example. Toward the end of Diamond Hands, when the GameStop story was reaching its peak exposure, there’s a montage of cable news mouthpieces frantically talking over one another, basically screaming that the kids are playing the game wrong. A game, the film reminds us, that is played wrong all the time. There is a striking undercurrent in that segment: fear. The fear of a generation in absolute and utter incomprehension of another. And that’s a good thing. So while the fix may always be in, it’s stories like these, the glimpse of that shimmering matrix, the wizard shoes sticking out from the bottom of the curtain, that are the new mythology.

Diamond Hands: The Legend of WallStreetBets