For the first time in 34 years, the show at South by Southwest will not go on.

At a City Hall press conference, Mayor Steve Adler and Travis County Judge Sarah Eckhardt jointly announced the declaration of a “local state of disaster” in the city and county, allowing the two leaders increased authority in ensuring public safety in light of growing fears over an outbreak of the coronavirus in our community. Their first move was to announce the cancellation of SXSW.

Under the disaster declaration, local public health officials will review mass gathering events on a case-by-case basis to determine if they should proceed or be canceled. Events expected to exceed 2,500 people in attendance will be cancelled, “unless organizers are able to assure Austin Public Health that mitigation plans for infectious diseases are in place,” per a statement from city and county officials.

A key factor the expert panel will consider is if a significant number of people attending the event will be traveling from areas currently experiencing person-to-person spread of COVID-19, both within the United States and around the globe. Other factors the panel will consider include:

• The likelihood for extended close personal contact
• Crowd density
• A high number of guests coming from unknown locations
• The lack of a vaccine and limited treatment options to manage cases.

Interim Local Health Authority Dr. Mark Escott said there were still no confirmed cases of COVID-19 in the Austin-Travis County area (one test sent off to the CDC came back negative), but noted that the threat of an outbreak was increasing across the U.S. and locally.

But Escott explained that there is no clear scientific consensus on how effective cancelling mass gatherings are at preventing the spread of a virus locally. “While there is no clear guidance on what local jurisdictions should do under these circumstances, our local expert advisory panel took a look at the risk factors and identified a number of concerns,” Escott said in a statement.

The big question now is what the cancellation of SXSW means for the ancillary events – official and unofficial – that occur alongside the annual conference and festival. The sanctioned events will presumably undergo review by the local health panel, but it is unclear at this point how the city and county plan to deal with the many unofficial events that capitalize on the influx of people and cash that come into Austin during SXSW.

In a statement posted online, SXSW organizers wrote that they were “devastated” by news of the cancellation. They are exploring options for rescheduling the event and creating a “virtual SXSW online experience” for 2020 participants.

“We understand the gravity of the situation for all the creatives who utilize SXSW to accelerate their careers; for the global businesses,” the organizers wrote, “and for Austin and the hundreds of small businesses – venues, theatres, vendors, production companies, service industry staff, and other partners that rely so heavily on the increased business that SXSW attracts.”

SXSW Edu was slated to begin this Sunday, while the marquee Conference, Film Festival, Music Festival, and Gaming Expo were set to kick off on March 13. (Editor’s note: Austin Chronicle publisher and owner Nick Barbaro is a co-founder and co-owner of SXSW, and the Chronicle is the official print sponsor of SXSW.)

The impact of SXSW’s cancellation on the local economy is of great concern to elected leaders, business owners, and the frontline workers who make the festival run smoothly.

Last year’s conference and festivals drew participation totaling approximately 417,400, with registrants representing 106 countries. Unofficial events and a general party atmosphere during the spring break event draw many more visitors to the city for the duration of the fest. SXSW estimates its 2019 impact on the Austin economy totaled $355.9 million.

Loss of the annual economic boon for the city will undoubtedly have a profound impact on area businesses.

Loss of that economic boon for the city will undoubtedly have a profound impact on area businesses, especially those in and around the high-rent Downtown and Eastside region, where much of the festival’s activity is concentrated. The SXSW estimate of 2019 economic impact includes $62.5 million in indirect activity – increased spending at area businesses that are not themselves involved with SXSW events.

This influx of economic activity is a windfall for restaurants and bars Downtown knowing that the March festival season – with SXSW as the anchor – can bring in revenues to float them through the rest of the year when they may struggle to pay rent. That impact will cascade from owners to hourly workers: Less revenue translates into cut shifts for the hourly workers who staff the establishments, some of which may close entirely. Gig workers like rideshare and food delivery drivers will also feel the sting; many come from around Texas to benefit from the surge in visitors.

This financial stress could itself impact public health. Lost pay could make it more difficult for low-wage employees throughout the city to take sick days if they become symptomatic, possibly accelerating the spread of the virus.

Austin City Council passed a mandatory paid sick leave policy over a year ago, but it has not been implemented due to an ongoing legal battle. The policy would have allowed workers at businesses with more than 15 employees to accrue paid sick time – leave that could be used to slow the spread of an endemic-level virus.

How and if the city can help those businesses and workers remains unclear at this point. At the Friday press conference, Adler said: “We have some social net programs to help with [community] resilience and will continue to look at them, but it's the first time we've been in this situation."

What the cancellation of SXSW means for other spring festivals in the city is unclear at this point.

Council Member Kathie Tovo, whose District 9 includes the downtown sector where much of SXSW’s economic impact is concentrated, told the Chronicle she was glad the decision to cancel the festival was made on advice from health experts, but acknowledged the cancellation would be "tremendously impactful for the many individuals and businesses that rely on the spring festival season.”

Tovo said the conversation around COVID-19 has been focused on mitigating health risk from potential spread of the virus, but she is considering how the City Council can help support businesses and individuals – such as through promotional days encouraging residents and visitors to support local businesses. “We can be creative in the weeks ahead,” she told us. “Hearing from the community on what ideas they may have on how we can help promote and support our local businesses will be important.”

What the cancellation of SXSW means for other spring festivals in the city is unclear at this point. Rodeo Austin, which runs from March 14-28, is the next planned mass gathering. In 2019, the fair and rodeo drew in 255,000 visitors, and the organization – a nonprofit – contributed $2.3 million to various youth programs in the region, according to a report from Rodeo Austin recapping the event.

At the end of the month, the ABC Zilker Kite Festival is still scheduled (March 29); the event draws around 39,000 attendees annually. During the same weekend, the Texas Relays & Urban Music Fest (March 27-30), is expected to bring another 60,000 visitors to Austin.

City officials have just announced at a City Hall conference that the 2020 South by Southwest conference and festival had been canceled on order of Austin Public Health, ending days of speculation over whether the fest would go on amid growing concerns over a coronavirus outbreak and a cascade of event and talent cancellations.

Dr. Escott reiterated health protocols: “Avoid shaking hands, use a fist bump, use an elbow bump, whatever it is. … Wash those hands frequently, use a hand sanitizer … don’t touch your face with unwashed hands. Cough into your sleeve.”

“I can’t emphasize this one enough: If you are sick, if you have a fever, if you have a cough – you should not be going to public places” – including school, day care, work, and church.

County Judge Sarah Eckhardt affirmed that there are no documented cases of transmission at this time. An initial case sent for testing returned negative.

Escott later added that here are additional tests sent to the CDC that are still pending, and cases that have been sent to the state lab (located in Austin) that are being processed more quickly.

Despite the disaster declaration, Mayor Adler said, “There is no emergency in our city today,” emphasizing the move was about preparedness. 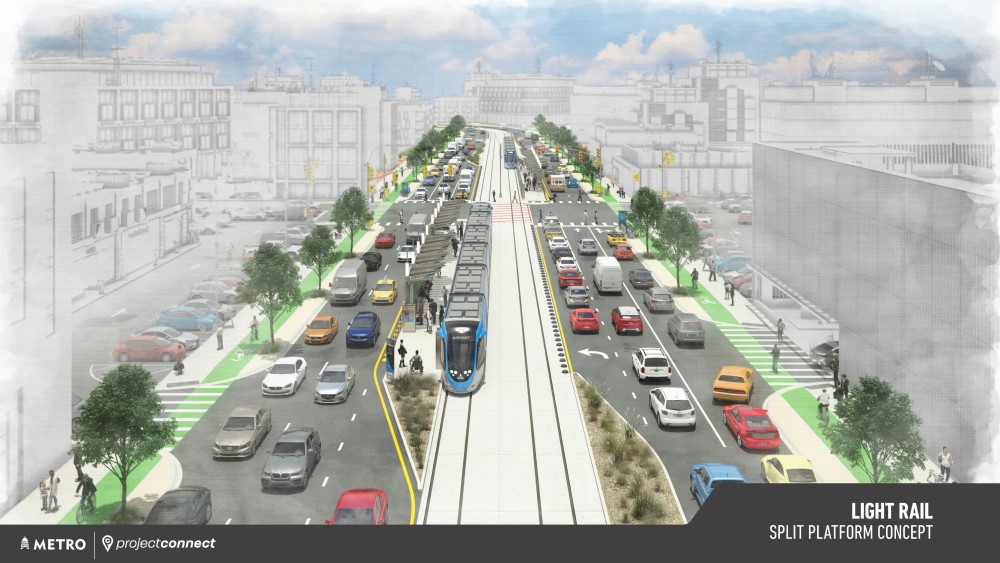 SXSW organizers posted a statement to their website, addressing the cancellation: "We are exploring options to reschedule the event and are working to provide a virtual SXSW online experience as soon as possible for 2020 participants, starting with SXSW EDU."

“We respect the city and county’s decision to issue a state of emergency in response to COVID-19. Our thoughts are with the many small businesses in Austin that depend on major events like SXSW to keep their doors open.”