Pain, Pathos, and Prescience: The Work of Agnieszka Holland 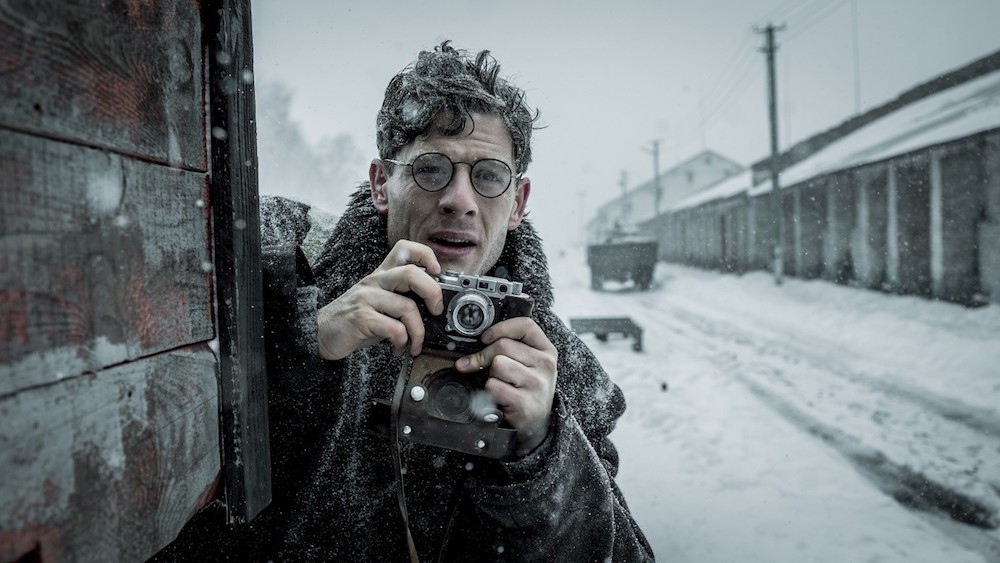 Come and see: James Norton in Mr. Jones, the newest film from Agnieszka Holland, which receives its Texas premiere next week at the Austin Polish Film Festival after a weeklong retrospective of her work at AFS Cinema.

For those a bit fuzzy or possibly clueless about the films of Polish director Agnieszka Holland, this week could remedy all of that.

Holland is coming to Austin for the Texas premiere of her latest film, Mr. Jones, which just snagged top honors at the Gdynia Polish Film Festival and will kick off the Austin Polish Film Festival on Nov. 1. Before that, there’s a Holland retrospective in progress at the Austin Film Society, starting Wednesday with 1983's Provincial Actors, followed by a screening of Secret Garden (1993), and the Oscar-nominated film for which she’s probably best known, 1990’s Europa, Europa, with the director in attendance.

With a five-decade, genre-leaping filmography – from Oscar-nominated films and scripts to episodes of The Wire and Treme for HBO and House of Cards for Netflix – it can be difficult to pigeonhole Holland’s films, though unsurprisingly they often reflect the political upheavals that formed the backdrop of her personal life. Holland was born in Warsaw in 1948, at the start of Stalinism, to journalist parents who later divorced. Her Jewish father, Henryk, was a prominent Communist activist whose family died in the Warsaw Ghetto and who later escaped to the Soviet Union only to die when Holland was 13, either by suicide or at the hands of the Communist police. Her Catholic mother, Irene, was a member of the Polish underground, fought in the Warsaw uprising of 1944 and received Israeli honors for rescuing Jews during the war. Holland studied film in Prague and was herself jailed during the Prague Spring for her support of the dissidents. She returned to Poland, then under heavy censorship, to work with iconic Polish filmmakers Andrzej Wajda and Krzysztof Zanussi before leaving – first for France and then the U.S. She’s now back in Warsaw.

Europa, Europa was based upon the true story of a Jewish boy who fled Germany and ended up in an orphanage in Soviet-occupied eastern Poland, where he becomes a fanatical Communist. When the Germans invade Poland, he’s captured but survives by successfully claiming to be a German orphan, ending up a hero of the Wehrmacht and Hitler Youth. This story interested Holland because of the main character’s resemblance to Woody Allen’s Zelig, someone who takes on various masks and identities and is tossed by the same two 20th-century totalitarian systems that left their mark on her own family history: German Nazism and Stalinist Soviet Communism. No one before had risked telling a Holocaust-related story showing a Holocaust victim in such a caricatured and antiheroic way.

The European critical response was decidedly mixed. “Holland came out of a European film tradition that had defined the Czech New Wave (Miloš Forman was one of her key mentors), noted for its penchant for absurdism, for black humor, and a suspicion of authority,” explained Noah Isenberg, chair of UT’s Radio-Television-Film Department, who will interview Holland following the AFS screening. “In the case of Europa, Europa, it was some of these same attributes – in particular, the dark humor and the double-pronged critique of Hitler and Stalin – that prompted scorn from some critics.”

Holland’s newest film is also based on actual events. Mr. Jones is the story of an idealist Welsh journalist whose persistence, in 1933, uncovered the Soviet cover-up of a Stalin-manufactured famine in the Ukraine, “the Holodomor” or death by hunger, which killed millions. Holland has said that though she’d hoped in the future to stay away from stories involving her acquired expertise in 20th century atrocities, this script, with its dark tangle of media and politics, was too close to today’s realities to ignore.