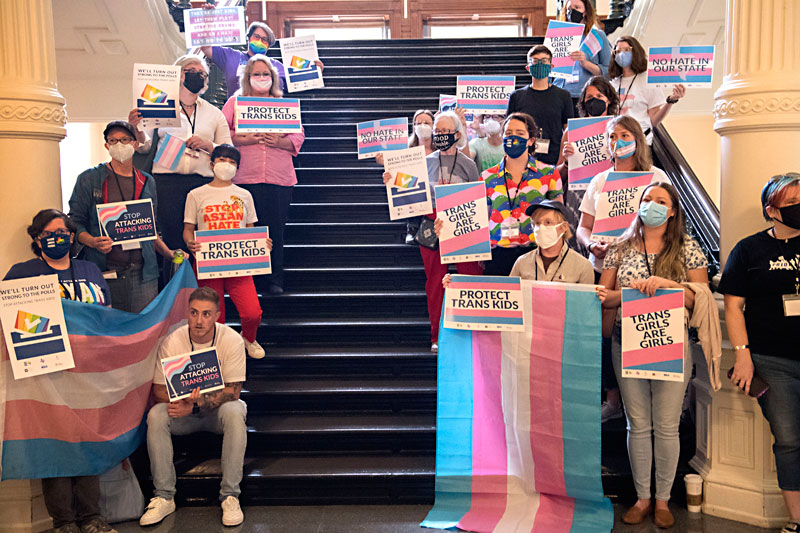 Advocates protested against anti-trans bills at the Texas State Capitol on Sept. 30 (Photo by John Anderson)

The measure will now head to the Republican-majority Senate Committee on Health and Human Services, where it is expected to pass.

The bill, authored by state Rep. Valoree Swanson, R-Spring, passed by a 76-54 vote following nearly 10 hours of debate on the lower chamber floor. Under HB 25, a student’s gender would be determined by the sex listed on their birth certificate issued at or near the time of birth – meaning certificates that have since been legally changed by students to match their gender identity would not be recognized. The only exception is if the certificate was modified due to a clerical error.

HB 25 is one of three anti-trans student-athlete bills currently moving through the Texas Legislature, including Senate Bill 3 and HB 10, the former of which has already been approved by the Senate. Texas Republican lawmakers have tried unsuccessfully to pass similar legislation during the previous regular session and two special sessions in a year that has witnessed an unprecedented attack on trans rights both here in Texas and across the nation’s statehouses.

In response to the House’s passage of HB 25, Equality Texas, the state’s largest LGBTQIA rights advocacy org, issued the following statement: “The passage of HB 25 is a hateful, targeted attack on transgender people living in Texas,'' said Equality Texas CEO Ricardo Martinez. “Extremists in our Legislature have continuously leveraged cruel rhetoric and rampant misinformation to coordinate this attack on the transgender community – young children in particular – and have sent a clear message that Texas is not a safe place for them to live.

“We will not stop fighting to protect transgender children. We’ll continue to educate lawmakers – replacing misinformation with real stories – and demand the statewide and federal nondiscrimination protections we need to prevent further harms. Transgender kids, adults, and their families are not political collateral.” 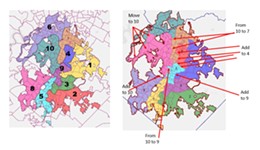