Prosecution of cop who killed Larry Jackson Jr. now over 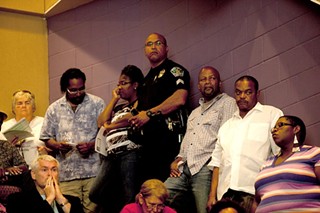 Travis County’s efforts to prosecute retired Austin Police Detective Charles Kleinert for manslaughter are now over. On Monday, the U.S. Supreme Court declined to take up District Attorney Margaret Moore’s appeal of the case, which began after Kleinert shot and killed Larry Jackson Jr. under a bridge along Shoal Creek in the summer of 2013 and stalled in Judge Lee Yeakel’s federal court in October of 2015 after Kleinert’s attorneys successfully argued that he should be granted federal immunity because he was serving at the time in his capacity as a member of a federal task force. (The 5th Circuit Court of Appeals upheld Yeakel’s ruling last April.) Moore filed a petition for a writ of certiorari with SCOTUS last August, seeking clarity on the federal immunity that spared Kleinert a trial, and on Monday SCOTUS denied such a request, thereby exhausting Moore’s legal options. The D.A. called the ruling “a disappointing result,” but said she’s proud of those who pursued the appeal. “I, and this Office, remain committed to the pursuit of justice in cases that involve lethal use of force by police officers,” she said. 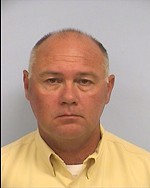