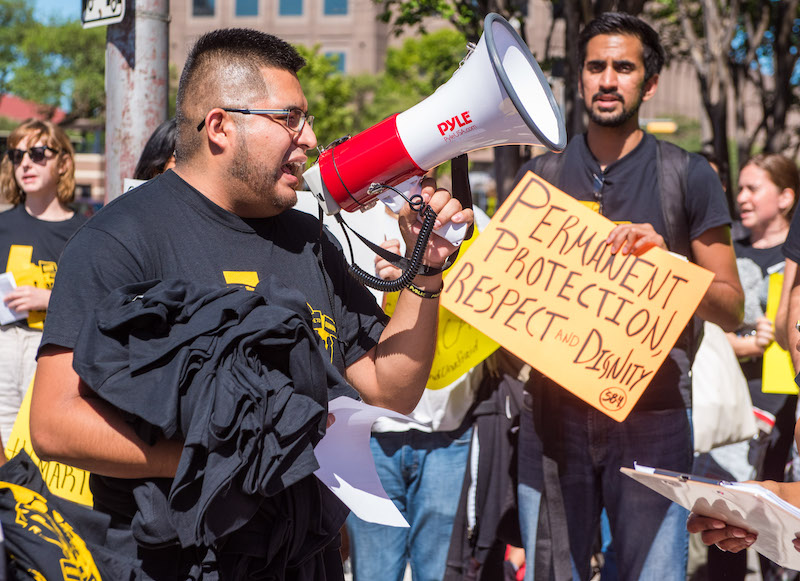 In perhaps one of his cruelest decisions to date, President Donald Trump has decided to end the Deferred Action for Childhood Arrivals Program, known as DACA, after a six-month phase out.

Calling the policy “unilateral executive amnesty,” Attorney General Jeff Sessions announced this morning that DACA would be rescinded. The Obama-era program grants two-year renewable work permits and protection from deportation for undocumented children who were brought to the country by their parents and exhibit good behavior. About 800,000 undocumented residents nationwide, including 124,000 Texans, will be affected.

In June, Attorney General Ken Paxton threatened to sue the Trump administration if the president failed to rescind the program by Sept. 5. Mayor Steve Adler and Travis County Commissioner Sarah Eckhardt, along with other municipal leaders in Texas, signed on to a letter urging Paxton to lay off his attacks. In July, 15 immigrant rights protesters were arrested in Downtown Austin while defending DACA.

The news comes painfully soon after the death of Alonso Guillen, a 31-year-old DJ from Lufkin and a DACA recipient who went missing after helping rescue Houston flood victims last week during Hurricane Harvey.

However, not all hope is lost: The six-month window leaves Congress time to act. Considering some Republicans have expressed a desire to create a workable solution, the fate of DACA may not be completely doomed.