Checking in on the one-time Austin bass standout Everyone’s smoking: perfect, exquisite, timeless smoking. Endless puffs of cigarette smoke wafts up from tables where folks in fedoras and curly bob haircuts sip from lowball glasses, the plumes lingering, hanging, dancing in the air to great visual effect in the high contrast black and white.

Welcome to the fictional Bon Bon Club in Marseille. Now, someone pass me an ashtray.

Through the haze there’s Bob Dylan – perhaps an unlikely candidate, at 80-years-old, to nail a modern art form: the stream-era musical special, but that’s exactly what he accomplished with Shadow Kingdom. The staged virtual concert, which ran from July 18 to 25 on the live-streaming platform Veeps, delivered a satisfying setlist of reworked “early” material – largely from the Sixties and Seventies – with astonishingly resonant vocals and immensely artistic presentation. It seemed as if the veteran song guru imagineered his ideal concert environment, fabricated it with set designers and actors playing audience members, and let remote viewers, like myself, inside… at $25 a pop.

Without a doubt, many Austinites were impressed and delighted to see Cowan on upright bass. The Alaska-raised musician had been a fixture on local stages from 2013 to 2018, playing with artists like Leticia Rodriguez, Wilson Marks, Rey Arteaga and Son y No Son, Ben Balmer, Vana Mazi, Bruce Salmon, Devin James Fry, and Eddie Dickerson. I used to go to Stay Gold on Wednesday’s to bear witness to the Mood Illusion, an unconventional lounge act led by pedal steel player Bob Hoffnar that usually included drummer Stephen Bidwell (now in the Black Pumas), multi-instrumentalist Mike St. Clair of Pocket Sounds, and Cowan.

Now there she was, playing directly next to one of America’s most important living musical figures. In the drummer-less outfit, Cowan’s superb playing contributed significantly to the music throughout Shadow Kingdom, her bowed bass anchoring a slowed, suspenseful version of “Tombstone Blues,” then dialing in the rhythm on an electrified take of “I’ll be Your Baby Tonight.” Excited to see a familiar face in such a fascinating and high-profile performance, I contacted Cowan and asked if we could do an interview, not about Shadow Kingdom – given the typically impenetrable bubble of mystery that surrounds Dylan – but to muse on music and catch up on where life has taken her.

Cowan revealed that, before leaving Austin, she’d moved into an old converted Dodge Ram van, freeing herself of unnecessary rent since she was frequently on tour, and eventually settled in the Los Angeles area where she worked performing music at renaissance faire. While there, Hoffnar linked her up with a likeminded drummer who invited her to his studio in high desert town of Joshua Tree. The area enchanted Cowan so much that she acquired land there and is currently homesteading in an RV.

“There’s all these little pockets out here of creative, independent, weird people,” she reports of the area. “It’s a vibe.”

Austin Chronicle: From the time you spent in Austin, what are your thoughts on it as a city to play music in?

Janie Cowan: I love Austin. I cut my teeth there in a lot of ways. When I lived there I probably played ten gigs a week and there was a pretty great diversity of stuff going on.

What I’m doing out here, I’m homesteading, but I’m setting it up in a way where I can have people come and stay. There’s this salsa band from Austin called Los Timberos Del Norte that I always thought was badass. Their [pianist/composer] Paul Matthews has been staying here and we are recording today. The Austin connections don’t stop. Lauren Gurgiolo, the guitarist, was also here recently working on music and hanging out with the donkey a bit.

AC: What’s up with the donkey?

JC: I adopted this donkey from a rescue shelter and now I’m thinking about getting some Nigerian dwarf goats to be his friends. He’s amazing. His name’s Cloudy. I say “howdy Cloudy.” He’s a loud guy and he farts and brays at the same time. That’s how I knew he was the donkey for me. 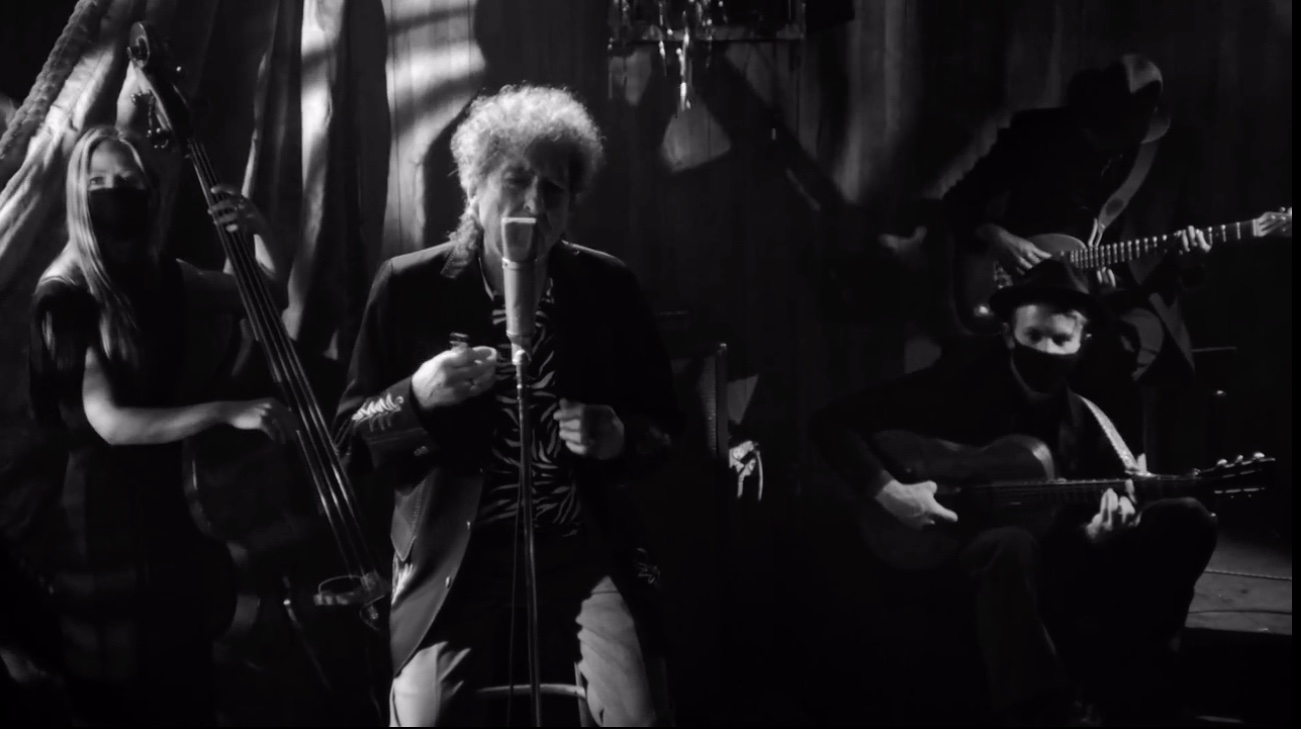 AC: When you lived in Austin, you played in such wide-ranging bands. I get the sense that you’re completely unafraid to venture into different styles.

JC: That’s what I’m most interested in. I think the coolest thing about being a musician is being able to cross pollinate in that way. Like a couple weeks ago, I fell into a gig and I was on Hungarian national TV. There’s a Hungarian consulate in LA. It was this amazing crowd of primarily Hungarian people who just wanted to drink and dance. I would never ever be able to be in a situation like that if it wasn’t for music. And not only am I there, but people are thrilled that I’m there – they’re excited to have a bass player. Those kind of things just blow my mind and make me feel so lucky.

JC: Yeah I’ve been playing with this group from the Bay Area called the Shasta Power Trio and they play Hungarian, Moldovan, and Transylvanian music, but they’re also really excited about Lautareasca music, which is a very specific kind of Gypsy music from Bucharest that’s just like shredding. Those guys all come from entirely different backgrounds, but fell in love with that music and they all lived in Romania or Hungary for like a decade. Just because bass players are sort of in demand, I get to jump in.

I’m also going on tour in September with this Bulgarian band out of New Orleans called Blato Zlato. Their name means “swamp gold” in Bulgarian. Playing in a diversity of settings is the thing that makes me most excited.

So my approach, almost all the time, is to try to not have an approach. I don’t think too much, I’m just there, listening, being reactive, and trying to feel what’s happening.

AC: I feel like we’re driving at something here, that your musicality has allowed you to have a unusually wide array of experiences.

JC: Yeah and I get to experience the cultures that go with the music too. One of my main gigs for the past two years has been playing for these folk dance festivals. These Balkan, Eastern European festivals where everybody goes out into the woods for a week and cooks food from these cultures and dances and plays music. It’s a window into a different world.

It’s interesting to me, with that region, a lot of counties that have been at war with each other for a long time, but then they also know all the same songs because you learn a song and you think it’s Turkish, but maybe it’s Greek or maybe Middle Eastern and they all kind of think they own the same melody. I love being able to jump in. I get to play this music and feel the depths of this culture and be accepted in a familial, warm way. There’s a lot of empathy in that.

AC: How do you approach playing the bass when you’re going into a setting that’s foreign or unfamiliar to you? Is there a musical philosophy that’s a guiding light?

JC: If I subscribe a musical philosophy it’s just about listening. 90 percent of being a good musician is just listening, then you play a little bit. There’s maybe been some periods of my life where we got super high and just lived in a practice room for hours, but, for the most part, I don’t really practice a lot. I’m just out playing with people all the time. I think that’s been a real advantage that I didn’t realize at first, but it unfolded because bass players are in demand. So my approach, almost all the time, is to try to not have an approach. I don’t think too much, I’m just there, listening, being reactive, and trying to feel what’s happening.

AC: Okay, so you’re playing all kinds of interesting cultural music, you’re homesteading in the cosmic desert with a donkey, you just did this great streaming special. Do you ever take a step back and look at your life with amazement?

JC: It hits me at least once a week where I’m driving and its beautiful and I start crying a little bit with gratitude. I get those moments a lot and I feel like it’s fine. I’m pretty lucky.

One thing I would say about the Dylan experience… I didn’t really know what that experience was going to be like going into it. I was a little prepared to be disillusioned by it, I sort of thought that was possible. He’s actually an incredibly inspiring person. He’s super focused and cares about every detail and mutual respect – and he works really hard. All those things, at the age of 80, blew me away. 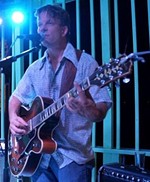