Scene veterans the Sour Notes continue to tear through singles leading up to the release of their seventh album. Latest double shot “Camera” b/w “Reel” captures the local trio balancing their aggressively melodic indie rock with a more shoegazed sound on the backside. The 7-inch advances More Is the Pity, looking at release later this year. 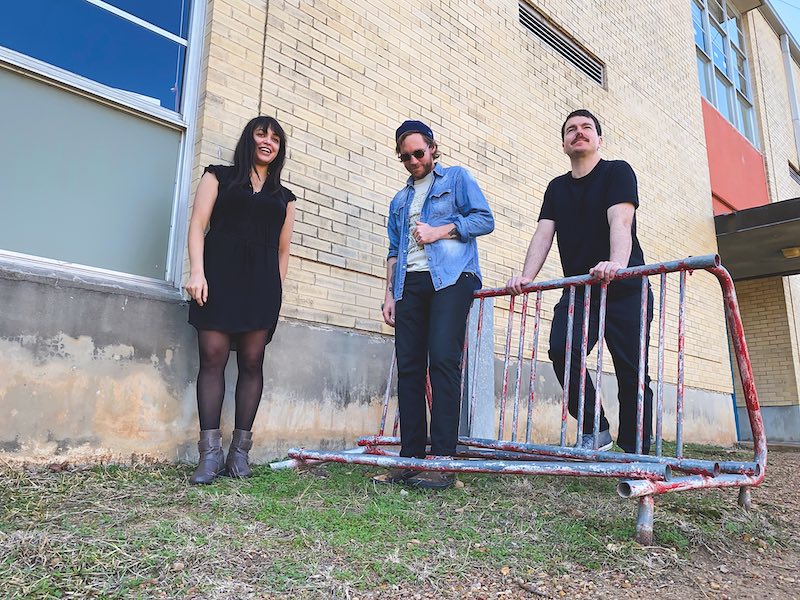 For the recording, frontman Jared Boulanger received permission to set up in the sanctuary of St. Luke United Methodist Church in Clarksville, taking advantage of the room’s natural expansive reverb. We caught up with him to see how the band’s weathering the pandemic, and you can preview the new single below.

Austin Chronicle: How has the shutdown of everything impacted the band?

Jared Boulanger: We were hoping to release “Camera” / “Enough” at our annual SOTO vs. ATH SXSW performance at Hotel Vegas before it got canceled. We’re trying to see these times as an opportunity to reset and rethink our approach, but really just trying to stay afloat and get some work done in case things take a global turn for the worse. We’re still making plans and recording as if this is the new normal.

“We’re still making plans and recording as if this is the new normal.” – Jared Boulanger

AC: How have you been keeping busy during this time? Have you been able to take advantage of it creatively?

JB: Luckily, all three of us are still employed, so work keeps us busy. It has become more difficult to rehearse as a band due to social distancing and as a result you can expect new releases coming out soon by the electronic side project from Amarah [Ulghani] and myself, Memory Keepers.

AC: Sour Notes has been on a singles kick since last year. What about that format appeals to you?

JB: As a band that’s played a lot of shows, it’s invigorating to be able to play new songs live so close to their release date. Recently, more tools became available for independent musicians to release music digitally and in small batches physically. Other changes have enabled this process too: none of us drink anymore and since we got a rehearsal space (no more communal living), as a threepiece we’re able to play tighter, louder, and collaborate more quickly.

“Camera” is unusual for a song of ours in that it’s over five minutes long with three verses, so fast-paced, and doesn’t change dynamically. “Reel” is a very dynamic, dark, slow build with an Elliott Smith kinda vibe.