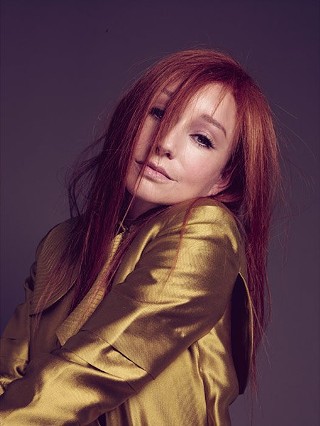 May I be frank? Tori Amos said my name out loud at least thrice during this interview, and hearing that from my feminist fairy godmother made me want to vomit rainbows all day long. Preceding Wednesday’s show at the Long Center, the two of us talked about turning 50, feminism, and the music industry. Somehow I survived without openly weeping.

Austin Chronicle: Hi Tori, how are you?

Tori Amoss: Hi, Abby! So happy to hear your voice. How’s it going?

AC: It’s going great, and I’m happy to hear yours! Where am I reaching you today?

AC: I know that you turned 50 last year. Was there something about hitting that milestone that made it important to put out an album and do an 80-city tour?

TA: Well, 49 was not good, first off. I think these songs were the songs that walked me through that bridge, or over it. And into a different place. Now I’m looking at the next 50 years of my life.

AC: Why do you say 49 wasn’t good? What about the songs walked you over that proverbial bridge?

TA: Being in the music industry is a very different thing in the contemporary world as opposed to the classical world. There are a lot of classical musicians that get older who are still valued and embraced. In the pop world, record labels will tell you that they have more men over 50 and up than they do women over 50 in the contemporary field, because there isn’t a big demand for it. And I said, “Well, that sucks.” They said, “We need a demand, go do something.” I was just kind of frozen for a minute. I then processed the reality, and then how I was going to make my own path for myself.

My daughter was instrumental in that, because she was like, “Look, what you’re saying is that you’re defeated by this. You have to go compete with your 28-year old self. Not be 28, but you have as much energy as you did then. You’re not 84. You’re not a grandma.” And I started to think about it. I had to realize that reality. I don’t know if it’s like that in other businesses, but in the music business it’s very much about younger success. Or men. You know, there’s pot bellies and beards and gray hair and all that, but when I get older as a woman I have to find ways to tell those stories and play those songs. You don’t get cast in a movie. It’s not as if you’re going to see a Helen Mirren movie. You with me?

TA: She is wise, but she was also troubled by this whole thing. Once I saw how it was affecting her, I felt like I knew what I had to do. I saw it in her eyes. Because it sends a terrible message. If you don’t go out there and do it like you did 20 years ago, just go out on your own. Go out on your own! You don’t need a band. You don’t need an orchestra. You might not be able to do full-rock power for two hours at 60. You might not! I don’t know, but just go! I thought, “Okay! Thank you, Tash.”

AC: And here you’re doing it.

AC: When’s the last time you went on a world tour?

AC: What’s the biggest challenge in adjusting back to being a globetrotter?

TA: I think the thing is that there’s a sweetness to being 50. You’re humbled daily by hearing people’s stories. You have to force yourself not to be distracted, but when you’re start listening to people every day, I don’t know what it is, but you’re learning something every day. I don’t know if I was listening really well 20 years ago if I am being honest with you. I think through the years you learn to listen, and really think about someone more than nodding your head.

This woman was talking to me. She’s a baby nurse. She deals with little babies who are very sick. And she was talking to me about the experience. I asked a few questions and she talked to me about the reality of this. And I was just completely, like I said, humbled by what she had to say. She asked me to play something, and I thought, “I want to do this for this woman.” I had to relearn it because it was from a long time ago.

Even so, from that song, I’m going to hear differently and play differently because she tailored this song to her experience. And perhaps, if you’re asking me about age, that’s the sweetness about being 50. That’s the gift. If you can push through, and not just 50. I’m talking about a place, wherever that place is, whatever age you are when you’re able to say, “I want to take the time to listen, and that’s how I’m going to grow.”

AC: So is it a perspective based on your experiences that’s gotten you to that point?

TA: Possibly. But there’s a chemical shift when you’re going from baby-making age to not. It doesn’t have to be negative or pejorative, you see? Menopause is a word with a real stigma to it. I joke about it live a lot, not a lot, but here and there. Because there’s a stigma that happens. And I want to push through that and find energy with it and find – what is it called? A delight in learning through other people.

AC: So you’ve found that through listening to others?

TA: Many things, but I would say, once I made a decision that I didn’t want to become a statistic in the music industry, I needed to approach it as a vanguard with those glasses. I needed to put those on. And I needed to find my own way. You have to find their own way. It’s that energy. It’s about refusing to be a projection that society has on, for women particularly, in the entertainment field.

AC: Just as with all of your work, I get a lot of feminist messages out of your new album, Unrepentant Geraldines. What is it that makes you write so passionately about femme-centric subjects and female empowerment?

TA: Sometimes I think that as writers you’re driven and inspired because it’s in your DNA. It’s a burning passion that certain writers are just driven to write certain things. Women fascinate me. I love the guys, too. I love them very much, and some of them men have been telling me on this record that they’re able to hear in a song a woman saying, “I hate you.” Not in voicing rage, but because their heart’s broken.

Some of those men were really beginning to get it. They said, “I began to really understand some of the things I say, or the things I don’t say when I don’t compliment my girlfriend or I don’t say she’s lovely. I think about what that does to her.” It’s from the perspective of a woman, because I don’t know how else to write.

AC: Is that a goal in your writing, or does that just come about naturally? That is, being able to write in such a way that men are able to open their eyes to the female experience?

TA: I think it’s difficult for some men because they aren’t encouraged to talk about their feelings. They don’t go to basketball games and share these kind of feelings. It’s not really done. As women, I feel like we have friends in our lives that we can grab a coffee and we can sit down and share and feel better. I feel better, I know. It provides clarity, and not all men have that. It is really wonderful to hear men, whether they’re straight or gay, say this song began to make me think about how I’m treating the other person in my life.

TA: It’s not just the industry. It’s the community itself that doesn’t necessarily grow their artists as much. I’ve been very fortunate to have a long career, but the climate really isn’t such that there are a lot of long careers like there used to be. If you look at the generation above me, some of those artists, female and male, were followed. But that’s because there was a culture where we grew with them. Now the culture is more that we move onto the next artist. So that’s something that the industry could balance a bit. 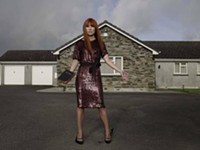