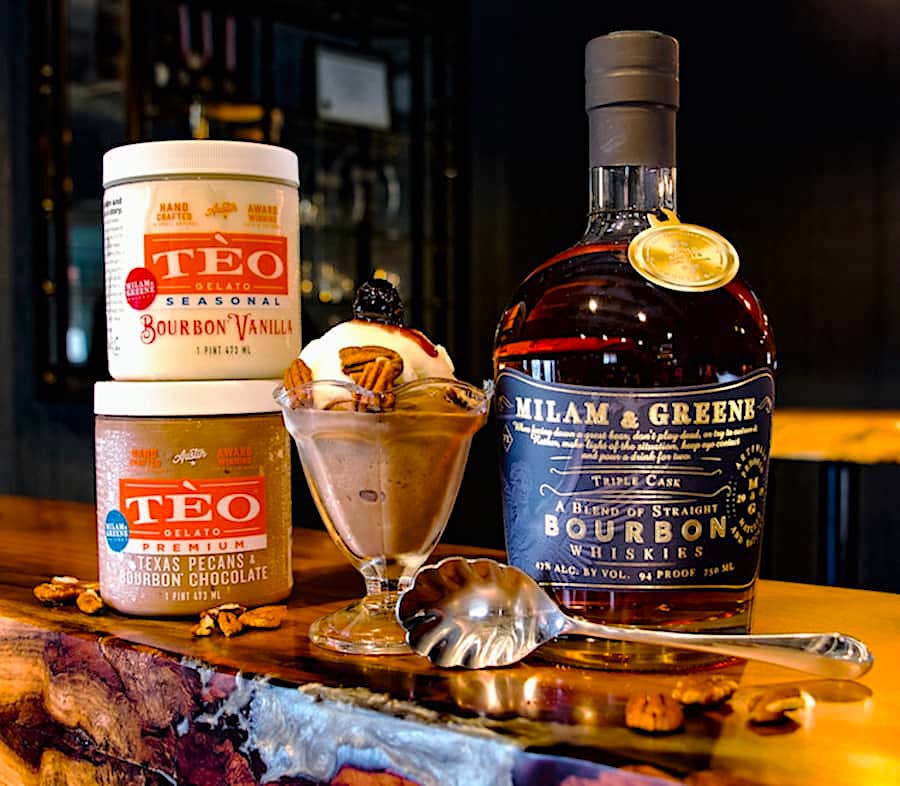 Note: Tèo Gelato is made in-house every day, using local Texas milk and cream and other high-quality ingredients such as imported Madagascar vanilla beans and real Belgian chocolate.

Note: Milam & Greene’s acclaimed whiskey is created just down the road a piece, in Blanco, by Heather Greene and master distiller Marlene Holmes.

We did say newest versions, plural, above. That’s because Tèo Gelato has released both a Bourbon Vanilla gelato and a Texas Pecan & Bourbon Chocolate gelato. You can easily imagine what the first one tastes like, right?

And the second one?

Like the sort of pralines they’d serve in Whiskey Heaven.

“We’re introducing these flavors made with Milam & Greene Whiskey at a perfect time,” says Tèo owner Matthew Lee. “These gelatos are a perfect accompaniment to holiday pies and cakes or served on their own.”

No one’s gonna disagree with that statement, we’re sure. Especially when they’re scrambling to find out, “Hey! Where can I get this delicious stuff?”

Such good news to relate, citizen: It’s available exclusively at Central Market stores in Texas – just for the holiday season.

Suggestion: Head on over soon, and tell ’em Brenner sent you. They probably won’t know what the hell you’re talking about … but you can still buy some of that excellent gelato and you’ll have made Austin seem just a skoshie more weird.