Owner Amy Ramirez bids farewell to a piece of her heart

That East Austin favorite, Blue Dahlia Bistro on 11th Street, is permanently closing its doors after 13 years as a result of the COVID-19 pandemic. 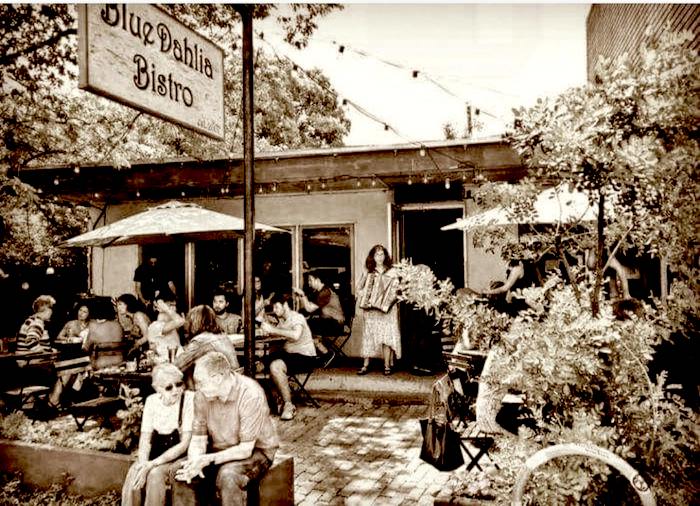 The Blue Dahlia Bistro on E. 11th, in happier times

European style, garden setting, and simply fresh cuisine gave the bistro its unique charm, making Blue Dahlia Bistro a staple of Austin dining throughout the years, the site of many  celebratory brunches, birthday gatherings, countless first dates, and even a few engagements.

Though their other two locations (in Westlake and San Marcos) will remain open for to-go orders, the shuttering of their original restaurant takes an emotional toll.

“It's been 13 years since Blue Dahlia Bistro first opened our doors,” notes the recent announcement. “Regretfully, we have made the tough decision to not reopen our original East Austin location. We would like to thank East Austin for all the years and so many great memories. We have been honored to be a part of this community.”

Beyond the official PR, owner Amy Ramirez shares the news in her own words:

“It isn't about a press release or trying to say the right things when announcing a closing,” says Ramirez. “It's about the truth and the heart. And the truth is, [Blue Dahlia East] has my heart. It's our first baby and it was a struggle. But we made it happen. And watching it grow slowly then take off was so amazing. We had no idea what we were doing in the beginning, but with help from friends, family, and some badass neighbors, it happened. I still scratch my head at it!

“Over the years we've watched first dates, some awkward, some not ;) unfold. We had a guest tell us that their now husband had taken the rock that we use with presenting the check on their first date. And when they got married he had it made into their wedding ring! I literally cried in front of their whole table when they told me. We've had couples get engaged. One guest's father called us to ask to buy the table against the front window where she was proposed to as a wedding gift.

“We have the most amazing staff I think anyone could ever dream of. We've watched so many lives grow, watched staff become the best of friends, get married, have babies. It's priceless to be able to be a part of that.

“But growth happens – within the company and around us. As East Austin started growing there was so much more to do, to see, to eat. We watched sales take a turn. And we also ventured out on new [Blue Dahlia] journeys. Westlake opened seven years ago; San Marcos now three. It was hard to juggle three, not gonna lie, but with an amazing team we did it. After ‘temporarily’ closing down due to Covid and the lease close to being up, we had to sit down and give it a serious look. And we finally came to the decision that it's best to let it go.

“Our Dahli cat will be watched over, promise! And the memories we, and hopefully you have, will be what we hold onto and look back on. We are grateful to still have two other Blue Dahlias to keep growing memories with staff and guests. We'll see what the next few years bring!” 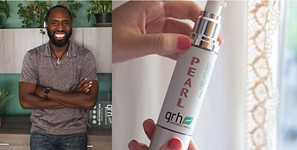