Reading to Celebrate All Year

Writers highlighted on the last day of Black History Month 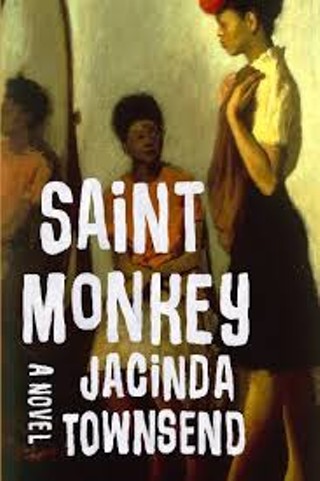 This last day of February marks the conclusion of Black History Month, but hopefully the celebration of some of our country’s best writers will continue throughout the year.

It would be impossible to name all of the noteworthy writers of color, but this handful offers a sampling of excellent work by some of the most regularly underrepresented literary voices: last year’s National Book Award recipient, three women who all have February birthdays, and two bonus writers with upcoming debut novels.

The Good Lord Bird by James McBride won the 2013 National Book Award in fiction. McBride also penned the acclaimed The Color of Water, Song Yet Sung, and Miracle at St. Anna, a work of historical fiction that was adapted into a Spike Lee film. The Good Lord Bird is also a historical work of fiction that centers on a young slave named Henry Shackleford who, by happenstance, becomes teamed with a legendary abolitionist who mistakes Henry for a girl during a raid to free slaves in a small-town barbershop. Captain John Brown, endearingly called Old Man, nicknames his good luck charm Onion and fiercely protects him. In young girls' clothing and coming of age over the course of ferocious adventures and Civil War battles, including the famed Harper's Ferry fiasco, Onion’s tale - told in flashback - weaves quirky and often irreverent humor to illuminate poignant notions of race, just as relevant today as yesterday. It’s a fascinating read, both peppered with cameos by Harriet Tubman and Frederick Douglass, and made particularly memorable because of the dialect and a slew of McBride’s fully rounded, odd but enjoyable characters.

Another National Book Award winner, Alice Walker, was also the first African-American woman to win the Pulitzer Prize in fiction, which she was awarded in 1983 for The Color Purple, her National Book Award prizewinner that was adapted into an award-winning film and Broadway play. In addition to her many works of fiction, Walker, who celebrates a Feb. 9 birthday, is also the author of many essays and poems. Her worldwide human and civil rights activism is an essential component of her writing and just a small part of her long and growing list of accomplishments. An American Masters documentary film, Alice Walker: Beauty in Truth, available online through (at least) March 9 here, offers an overview of this stunning writer and her storied life.

Audre Lorde was another great writer, born Feb. 18, 1934, whose prolific poetry often focused on civil rights, particularly on the racism and sexism suffered by black women. Before her 1992 death after a long fight with cancer, Lorde penned several works of nonfiction including Zami: A New Spelling of My Name in 1982 which introduced a new genre known as biomythography. The Caribbean-American writer’s lasting impact was recently spotlighted again when Dale Hansen - a sportscaster for the Dallas ABC station - quoted Lorde in his (awesome) rant gone viral about the discrimination and hypocrisy surrounding the first openly gay NFL player, Michael Sam. Quoting Lorde, Hansen said: “It is not our differences that divide us. It’s our inability to recognize, accept, and celebrate those differences.” Watch the whole thing here.

Toni Morrison was born Feb. 18 and is the recipient of some of the world’s most esteemed awards: She won the Pulitzer Prize in 1988 for Beloved, the Nobel Prize in Literature in 1993, and she was awarded the Presidential Medal of Freedom in 2012. In addition to numerous literary works, including famed The Bluest Eye, Song of Solomon, and Jazz, Morrison has also written many beloved children’s books, essays, and an opera, among countless other educational and cultural achievements. Last year, Morrison presented the Literarian Award for Outstanding Service to the American Literary Community to fellow acclaimed African-American writer Dr. Maya Angelou, perhaps most famous for I Know Why the Caged Bird Sings.

Of the many black female writers continuing in the tradition of their foremothers, two novelists release their debut novels this spring. Jacinda Townsend, Indiana University creative writing professor and student of Harvard University, Duke University Law School, and graduate of the MFA program from the prestigious Iowa Writers’ Workshop, releases Saint Monkey in April 2014. The story features teenage best friends Audrey and Caroline who, while living in the Jazz Age, are stuck in Kentucky with big dreams of glamour and stardom, until destiny offers one of the girls a chance in era’s mecca: Harlem. The paradoxical pairing highlights race and gender issues in this coming-of-age literary fiction novel written with style.

Back cover praise for Townsend’s new novel comes from Roxane Gay, a writer whose work has appeared in many publications ranging from Austin’s own American Short Fiction to The New York Times Book Review; she is also the essays editor for The Rumpus and teaches writing at Eastern Illinois University. In 2011, Gay debuted a collection of stories entitled Ayiti, which is “a unique blend of fiction, nonfiction, and poetry, all interwoven to represent the Haitian diaspora experience.” Her novel, An Untamed State, hits shelves this May and tells the story of a woman kidnapped and held for ransom in Haiti. Also coming this year, her essay collection, Bad Feminist, is slated for August release. Gay will be at BookPeople on May 19; there's more information about that event here. 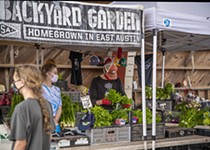