The winners of the 2017-18 Austin Critics Table Awards

The crowd could hardly compete with the one packed into the Erwin Center for Paul Simon Monday night, but the one at Cap City Comedy Club was large enough to fill the showroom as the Austin Critics Table gathered for the 26th time to honor outstanding work in the arts – and prove, perhaps, that its members are still crazy after all these years. 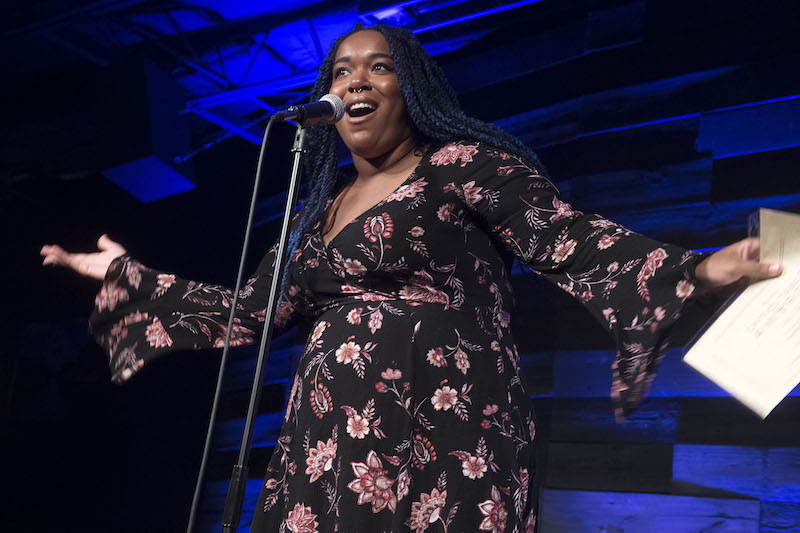 Nine arts writers and editors who belong to the informal association spent three-plus hours handing out some 44 awards and special citations to creatives in the fields of theatre, dance, design, classical music, visual art, and improv. No single production, exhibition, or concert swept the field, though in a unique show of appreciation for an individual work, the Critics Table recognized the Vortex Repertory Company's expansive and immersive theatrical production/scavenger hunt Performance Park with four special citations. Texas State University's Musical Theatre Program received one award and a special citation for its production of Ragtime; Ben Toomer, who starred in the production, received a Deacon Crain Award for outstanding student work; and Kaitlin Hopkins, who heads the program, was honored with a special citation. Street Corner Arts' production of Grounded received three awards. Blue Lapis Light's aerial dance work Belonging, Part One received two awards, plus a special citation for its rigging team.

Two new categories were added this year, both under the heading of Theatre: Periphery Company, recognizing the theatrical body of work by companies outside of Austin proper, and Improvised Production, recognizing mainstage projects by area improv troupes. Wimberley Players received the inaugural Periphery Company award, while the first Improvised Production award was shared by the Hideout Theatre's improvised musical Orphans! and Golden's immersive silent work Speak No More.

Performance by an Ensemble
The Wolves, Hyde Park Theatre Norman Blumensaadt comments on his induction into the Austin Arts Hall of Fame at the 2018 Austin Critics Table Awards. (Photo by John Anderson) 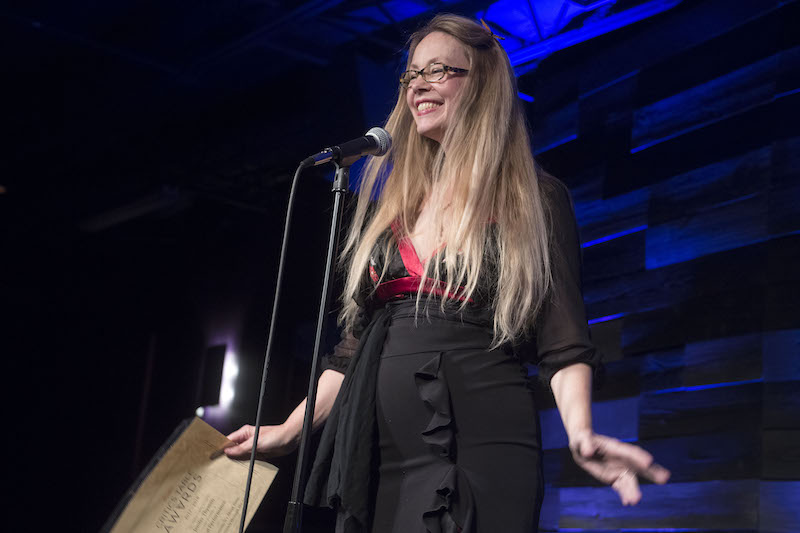 Group Gallery Exhibition
“Yo soy aqui / I am here,” ICOSA

Always a Safe Flight Award
Barry Wilson & Team for their rigging design and execution in Belonging, Part One