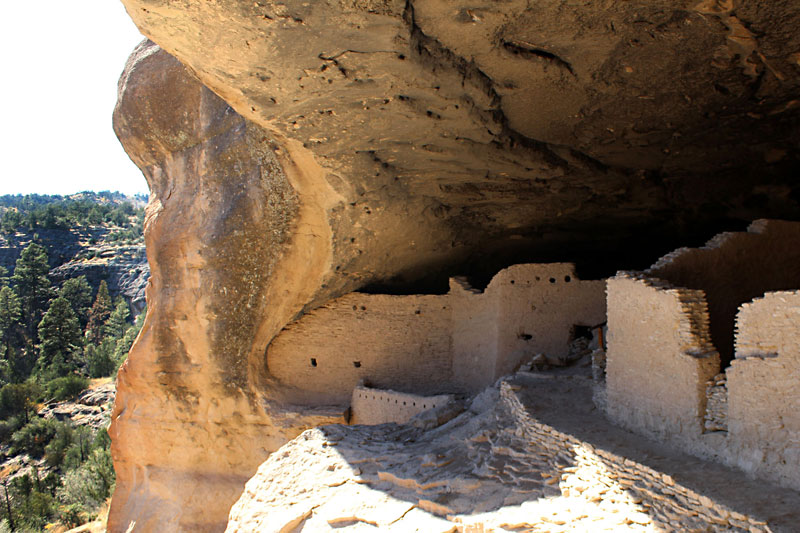 The Gila Cliff Dwellings in southwestern New Mexico appear from the trail as large holes in the side of the mountain that looks like it was made with layers of thick pancakes. The hike to the ruins follows a stream up a rugged canyon. At the end of the trail you've stepped back in time.

The five caves were occupied in the late 13th century by the people of the Mogollon culture in what is now the Gila Wilderness. Accessible by ladders, the caves contain at least 46 rooms divided by stacked-rock walls. 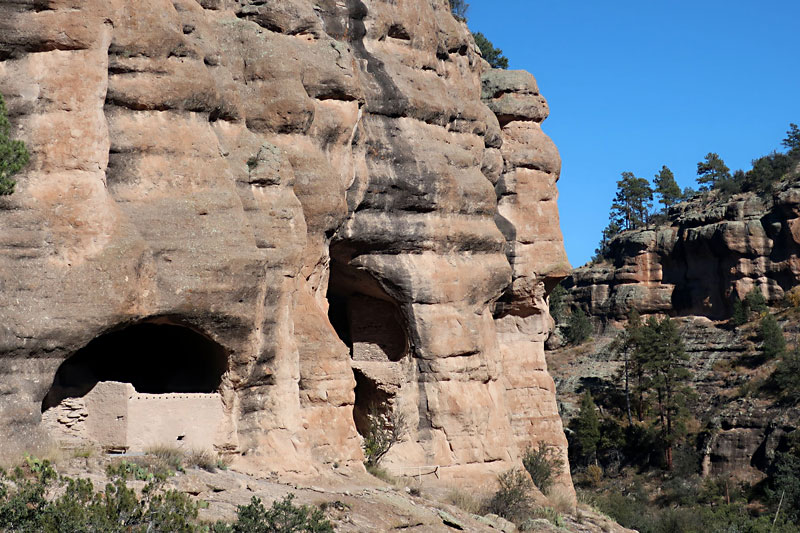 Overlooking the forest of the Gila River Valley must have been an idyllic place to live. It's not known why the original people abandoned the site. Over the centuries, Apache and other Native American tribes utilized the isolated fortress.

Set aside in 1907, the ruins were one of first of the 18 national monuments created by President Theodore Roosevelt.

It can take more than an hour to drive the last 13 miles of corkscrew two-lane road through the mountains to the park. A museum in the headquarters at the entrance gives an excellent introduction to the natural and cultural history of the Gila National Forest. 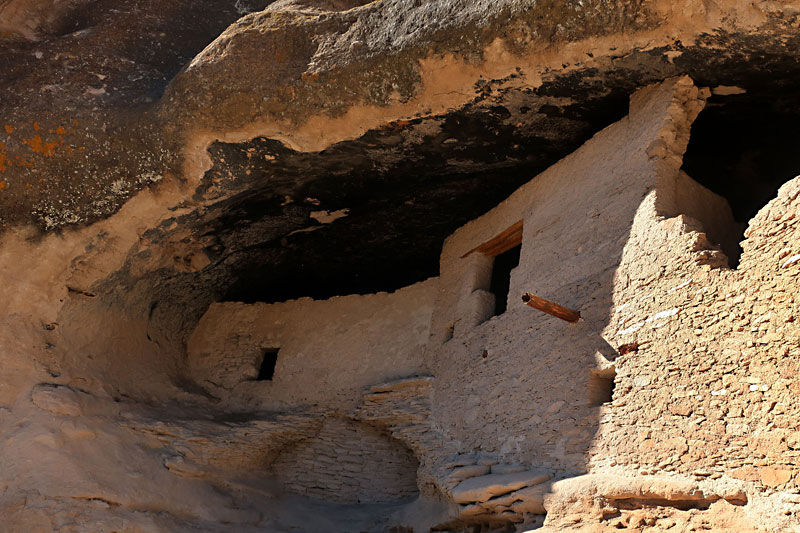 The Gila Cliff Dwellings National Monument is about 45 miles and two hours north of Silver City, N.M. Admission is free. The milelong round-trip hike to the ruins takes at least an hour. Because pets are not allowed on the trail, the park provides kennels near the visitor center at the trailhead. The trail is open from 10am to 3:30pm, and visitors must be out of the park by 4:30pm. Several primitive campgrounds and the Gila Hot Springs are near the monument.

1,591st in a series. Follow “Day Trips & Beyond,” a travel blog, at austinchronicle.com/daily/travel. 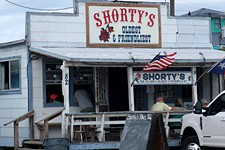