I Admire How William Holden Died 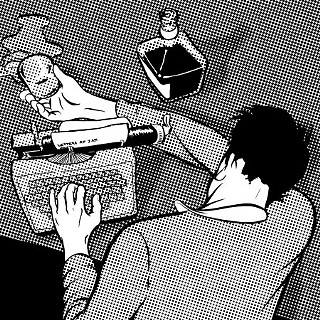 I've long admired how William Holden died. His death competes for my preference with the death of Bat Masterson. Masterson – gunfighter, gambler, and friend of Wyatt Earp – aged to become a sports reporter for a New York daily; he died at his desk in 1921, making a deadline in the wee hours, having just typed a pretty good sentence. What better way for a writer to go?

As for William Holden ... but I can hear readers younger than 30 asking, "William who?" Maybe one will vaguely remember: "The guy who goes crazy in Network? You know, the one who yells, 'I'm mad as hell, and I'm not gonna take it anymore!'" No, that's Peter Finch. Holden is the guy who stays sane in Network – though it's crazy to sleep with Faye Dunaway in that picture, but at least he knows it's crazy, and it's sort of sane to know when you're crazy.

A kind of crazy sanity was William Holden's trademark.

I didn't become aware of him until one of my brief and incomplete stays in college when I hitchhiked in a chilly Vermont rain from Plainfield to Montpelier to see Paris When It Sizzles. I did not brave the rainy night for Holden. I probably wasn't aware he was in the picture until I saw the marquee. I hitched to see Audrey Hepburn ... of Breakfast at Tiffany's fame? Charade? Rent 'em, youngsters, and you'll see what I'm talking about when I say Hepburn always made me feel that nothing is as bad as I think it is, not if there can be an Audrey Hepburn in this world. If the human race could produce an Audrey Hepburn, there was still something to be said for it – so I believed then, and so I believe now.

I recommend Paris When It Sizzles to anyone in film school and anyone who wants to write Hollywood movies. I've written a couple, and I can testify that the rap Holden gives early in the picture is exactly how to write a Hollywood movie. (The screenplay is by George Axelrod, who knew the score.) Holden plays a successful screenwriter who unapologetically cares very much about success and very little about movies. Axelrod gave him a brilliant line: "Miss Simpson [Hepburn], did you ever realize that Frankenstein and My Fair Lady are the same story? One ends happily – and the other one doesn't. Think about that for a while." (The in-joke was that Hepburn would star in My Fair Lady later that year.)

Anyway, as soon as you see their names on the marquee, you know Audrey Hepburn and William Holden will fall in love. Still, you're caught off-guard when Holden says, "You really like it, don't you?" "What?" asks Hepburn. "Life."

Here we arrive at Holden's grace as an actor – and his cinematic signature. That anyone would actually like life strikes him as surprising and interesting. Not because he's morose like Brando, cynical like Bogart, tortured like Monty Clift, or philosophical like Alec Guinness. Holden is none of those things. A Holden character enjoys himself, even though he believes there's vaudeville in tragedy and that ultimately life makes no sense. All the world's a stage, and the theatre's burning down, but the audience doesn't care as long as the jerk onstage gives them reason for a laugh or a tear. That Holden happens to be the jerk onstage is his private joke with (capital "F") Fate. Not that he doesn't care. It's just that he doesn't mind. There's a difference. As he says in Love Is a Many-Splendored Thing (a film he pushed his studio to do), "Darling, whatever happens, always remember, nothing is fair or unfair under heaven." That being so, he'll play his part in this burning theatre of a world until the flames engulf him. Why not?

In a way, "Why not?" is the question that made William Holden a star.

His power as an actor was his innate reluctance to participate in any drama he found himself stuck in, suspicious of any motive, unconvinced of the worth of any human action. You can't be a movie star if you don't embody a paradox. (I mean a real movie star, not a mere celebrity.) Holden's paradox was that, suspicious as he was of any reason for doing anything, he'd do anything anyway. For the hell of it. Why not?

But is "Why not?" a thought? A sentiment? An attitude? Is it really even a question? Perhaps it's an answer. In fact, its usage is usually as an answer. "Why do such and such?" someone asks. "Why not?" someone replies.

In Holden's first great film, Billy Wilder's Sunset Blvd., a has-been silent-movie star played by Gloria Swanson entices his character into a situation that will ultimately be his death. His reason for being enticed? "Well, I had no pressing engagement, and she'd mentioned something to drink. Why not?" In Sam Peckinpah's masterpiece, The Wild Bunch, Holden is a middle-aged outlaw leading some charming but unsavory middle-aged guys who laugh robustly, even at their own failure, and trample anyone in their way, even old ladies. When Holden decides to lead his men into a fight that will certainly be their deaths, he doesn't explain, saying only, "Let's go." There's a silence in which they realize the stakes. Warren Oates voices their consensus: "Why not?"

That's all the reason they need and all that need be said. They stride off to die.

Think of any big stars you can – in their pictures, how often do they die in the end? And how often do they lose at whatever endeavor the picture's about? Audiences rarely pay to see a star die or lose. Holden was a major star from 1950 into the mid-1970s. In several of his biggest pictures, he dies in the end. In several others, he loses whatever stakes he played for. With Holden, you never knew how it was going to turn out.

It takes a peculiar moral authority to get away with that. It takes a dignity that sees triumph and failure as equally incidental – a person neither inflated by triumph nor finally broken by failure. Isak Dinesen wrote: "I have lived long enough, by now, to have learned, when the devil grins at me, to grin back. And what now if this – to grin back when the devil grins at you – be in reality the highest, the only true fun in the world?" There was something of that in Holden's smile.

In his private life, things eventually went all to hell, as, eventually, things usually do, whether or not you're a movie star. He drank a lot, mostly in solitude. (Me, too, so no doubt I identify.) Which brings us to how he died.

In the wee hours, alone and drinking overmuch, he slipped on a throw rug and hit his head on the edge of a night table. Bled to death. They found him a couple of days later. His friend Cliff Robertson describes the coroner's reconstruction: "They said he was there with the cloth up to the wound and the phone within reach. But he never reached for the phone, and they said he was probably too drunk. And they're wrong. He was probably too proud." He was probably both. I can testify that when you're very drunk, you don't care much about pain, you care less about where you've fallen, and less still about whatever others want you to care about. Bleak? That depends on who's doing the drinking and on that distinction between whether or not you care and whether or not you mind. Maybe you care, but maybe you don't mind. Holden daubed the cloth to his head. Fell asleep. Died.

Very much like the end of a William Holden movie. And he might have been thinking just that. Music swells. Fade to black. End credits scroll.

I'd rather go out like Bat Masterson, but I also admire how William Holden died. No boring, witheringly lonely years in a rest home. No inconveniencing loved ones with your decrepitude. No operatic scenes in a hospital with everyone emoting love, guilt, and denial amidst doctors and nurses fussing with intrusive paraphernalia. Just whiskey and a fall. No melodrama. No fakery.

I call that a good death.

Though, like I say, I'd prefer Bat Masterson's – remembering all the while that Fate doesn't take requests. 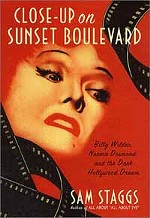