A Mind at Peace

More than half a century since its publication in Turkish, a landmark novel is finally available in English 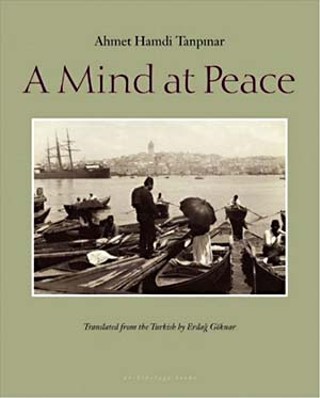 A Mind at Peace

by Ahmet Hamdi Tanpnar, translated from the Turkish by Erdag Göknar
Archipelago, 456 pp., $25


More than half a century since its publication in Turkish, Ahmet Hamdi Tanpnar's landmark novel A Mind at Peace is finally available in English, courtesy of translator Erdag Göknar. Highly praised by Turkish novelist Orhan Pamuk, the 2006 Nobel laureate in literature, A Mind at Peace rather self-consciously attempts to immortalize a liminal Istanbul wedged between the recently collapsed Ottoman Empire and the emerging European-style Turkish state. The premise is intriguing, yet the story unfocused and related in grandiloquent prose.

The Ottoman Empire's demise may have been inevitable, but for protagonist Mümtaz this does not resolve the matter of which Ottoman values should be retained: "[W]e feel in our lives ... the vast fallout of two centuries of disintegration and collapse, of being the remnants of an empire and still unable to establish our own norms and idioms." Wandering through a disconcerted Istanbul facing the uncertainty of a new era, Mümtaz reflects upon Turkey's myriad challenges, the approach of another world war, and his painful breakup with fiancée Nuran.

The best sequences, poignant and haunting, involve Mümtaz sifting through discarded books and gramophone records in Istanbul's famous open-air markets. As Mümtaz's friend, Tevfk, wryly observes, "The whole of Istanbul is on sale at the bazaar." The replacement of the Turkish language's Arabic alphabet with its Latin counterpart has effectively deracinated younger Turks, for whom the Ottoman-era written word becomes inaccessible. Mümtaz notes that, "Today in Turkey we wouldn't be able to name five books that consecutive generations read together."

In discussions about Turkey's woes, the country's main politico-cultural quandary during the period in question occasionally finds expression in encapsulated fashion. For example, Mümtaz's cousin Ihsan muses: "In its natural form, revolution occurs when the masses or social life leaves the state apparatus behind. With us, rather, the masses and social life, that is, the collective in question, is obligated to catch up to the state." By and large, however, this "novel of ideas" proves no different from its literary kin, what with hopelessly stilted dialogue and jumbled verbiage.

In fact, lack of a focused storyline and embarrassingly florid writing ultimately sink this tale. A Mind at Peace is that most compromised of literary creations: a novel of undeniable historical value, the reading of which is a trying experience. 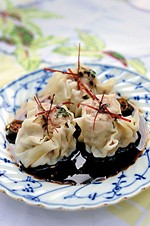 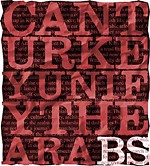 Letters at 3AM: Reading Diplomatic Code
There's a shift toward the promotion of Turkey as a stabilizing force in the Middle East 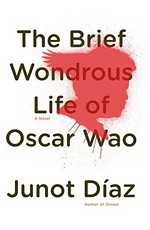 The Brief Wondrous Life of Oscar Wao
Mordecai Richler once remarked that 'the novelist's primary moral responsibility is to be the loser's advocate.' It's difficult to imagine how anyone who takes that dictum to heart could outdo Junot Díaz here. 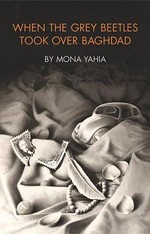 When the Grey Beetles Took Over Baghdad
Writes Mona Yahia in her dedication, 'To my parents, who gave me languages instead of roots.'

Turkey, A Mind at Peace