The Danish Girl: A Novel 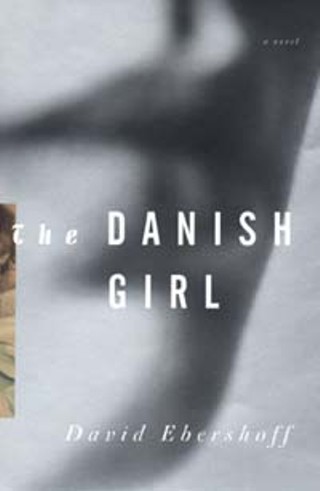 The Danish Girl: A Novel

The time is 1925, the place is Copenhagen, and the protagonist of David Ebershoff's exquisite debut novel The Danish Girl is one Einar Wegener, a painter who specializes in dreary Danish landscapes. As the novel opens, Einar's American-born wife Greta, also a painter, is trying to finish a portrait of a female opera singer. But she's stuck -- she needs a model in order to finish the work. So she asks Einar -- small of frame, delicate as a tea cup, possessor of womanly beauty -- to throw on a dress and act as a stand-in, just this once, so Greta can meet her deadline. Reluctantly, Einar agrees. And as he stands there, draped in this lovely frock, long-suppressed feelings and urges rise in him: namely, his undeniable desire -- no, his need -- to transform himself into a woman. That day, Greta teasingly calls him Lili, but it is a name that will stick to him as he slowly but surely sheds his male persona to become a woman.

This isn't a novel about a cross-dresser. Einar's urges run deeper than that -- he truly feels that, deep down, he is a woman trapped in a man's body. Ebershoff has woven a beautifully written novel out of the threads of a true story -- the story of Einar Wegener, the first man to undergo a sex change operation. Of course, Ebershoff admits to embellishing the truth, as all novelists who tackle a historical subject must. One of his creations is Greta, a strong woman who grows to understand and accept the battling identities that lie within Einar. In portraying their complex relationship, Ebershoff has fashioned a touching but unconventional love story.

Soon after sitting for the portrait, Einar begins dressing as Lili on a regular basis, and Greta doesn't discourage him; in fact, the portraits she executes of Lili become her greatest subject. Thus, Einar begins to exist as two different people: Einar had "begun to think of his makeup box as his palette. Brushstrokes to the brow. Light dabs to the lids. Lines on the lips. ... It was just like painting. ... But the transformation was really about descending that inner tunnel with something like a dinner bell and waking Lili." Ebershoff explores the complexities of Einar's sexual identity crisis with an immediacy that allows the reader to be just as confused, frightened, and enthralled as Einar and Greta often are.

The couple travels from Denmark to Paris to Dresden (where the eventual operation takes place at the hands of a surprisingly progressive physician) and then back to Copenhagen; Ebershoff renders place with lovely precision. His language and Nabokovian eye for detail provide delight after delight. But in the end, Ebershoff's ability to take on the intricacies of sexual identity as well as tell a fascinating and compelling story peopled with fully realized characters makes The Danish Girl a novel to gush about.