The rise and fall of the Junkyard King 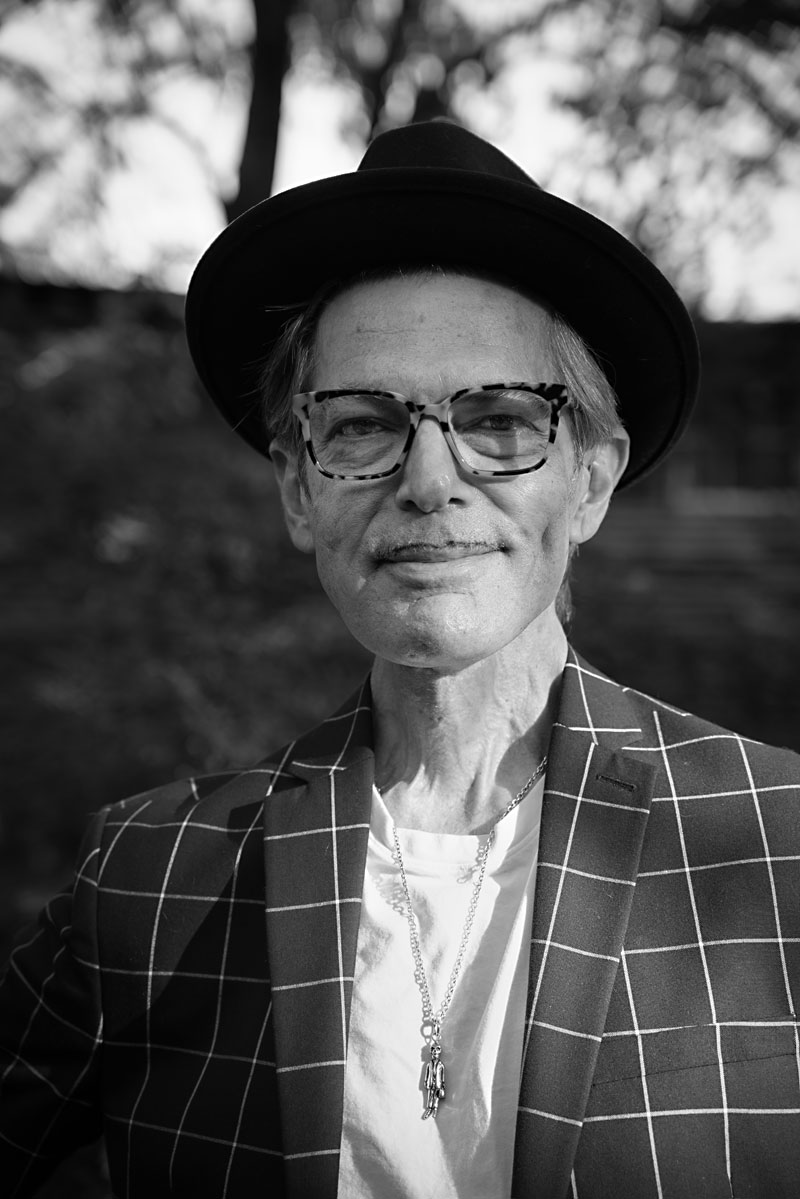 Though his most recent book, Last Gangster in Austin: Frank Smith, Ronnie Earle, and the End of a Junkyard Mafia, is one of the most egregiously Texas stories, nay, one of the most remarkably Austin stories one could read, author Jesse Sublett is no longer in Austin. At least, not right now.

That's an odd thing to think about. The 68-year-old musician, writer, and artist has been a fixture of the city's music and literary scene on and off but mostly on for nearly 50 years, since his days as bassist for landmark rockers the Violators, and his decades with local mainstays the Skunks. His wife, Lois Richwine, was similarly a fixture in the city, working for this here weekly for decades. But nowadays, you will not see his thin frame and thinner mustache loping out of an H-E-B or hitting up a reading at BookPeople.

These days, Sublett is in Los Angeles. Then again, he and Lois lived there before, from 1987 to 1994, so it's not like it's new territory. Still, he is missed in Austin.

"Lois and I always wanted to come back because we love it here," Sublett said from L.A. They returned to Austin after their son, Dash, was born to be closer to family, but he sounds thrilled to return to the City of Angels. "It's a blast. Got a few commissions, had to learn how to paint palm trees." 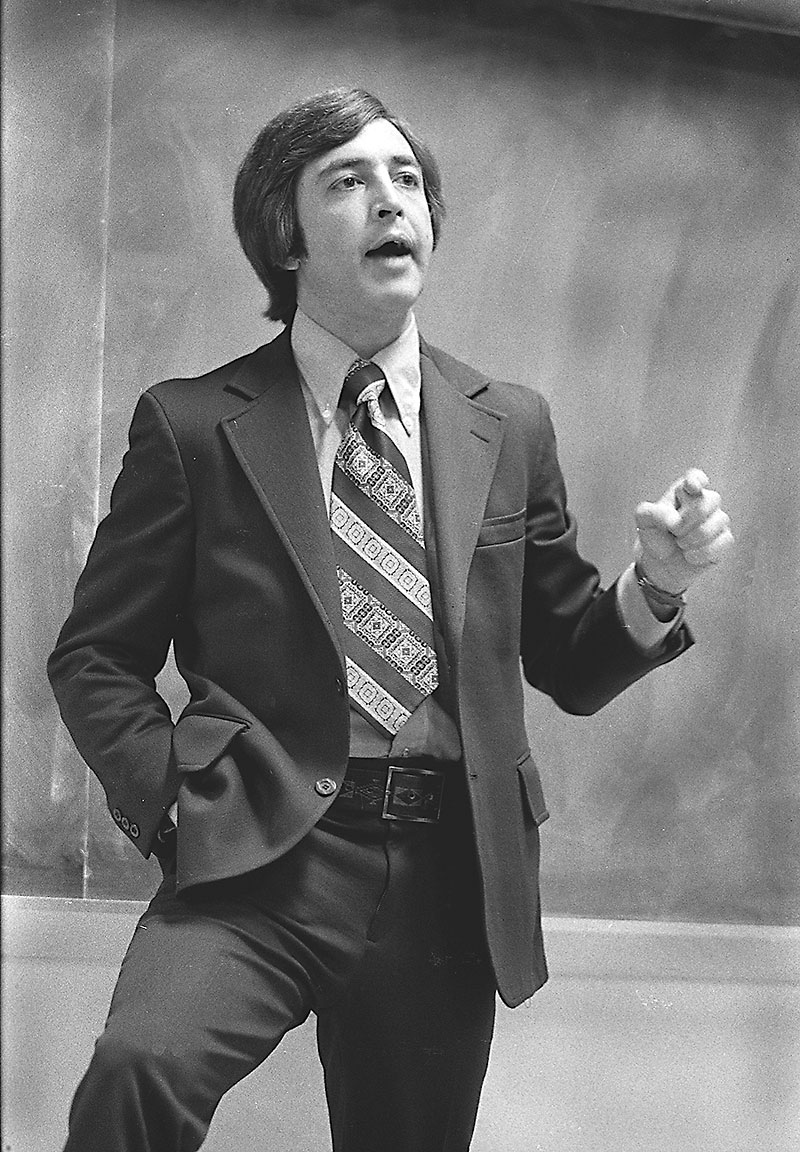 Ronnie Earle on the campaign trail in 1976 (Photo by Alan Pogue, used with permission)

It is also appropriate that Sublett and Los Angeles have a relationship because L.A. is, of course, a global noir capitol, of crimes both real and imagined. It's the city of Raymond Chandler and Chinatown, of James Ellroy and, well, O.J. Simpson. It's a place where true crime and fiction bleed into each other. Check out Sublett's Facebook page and, in addition to the usual fodder of restaurants and parks, there's a photo of him and missus in the Bradbury Building, made famous in a mess of movies, or in front of the house in Los Feliz wherein took place the Black Dahlia murder.

Then again, Sublett has always had a complex relationship with crimes both true and fictional. He wrote a few novels starring a musician/skip tracer named Martin Fender, but also experienced horrific crime himself. On Aug. 16, 1976, Sublett, then a 22-year old college dropout, hipster, and aspiring bass player, returned from a gig to find his girlfriend Dianne Roberts murdered in their house in South Austin. He was even a suspect for a few hours before a guy named Lyle Richard Brummett was arrested for the crime. Turns out Brummett had done the same thing in Kerrville to two other women. Sublett wrote about it in his excellent 2004 memoir, Never the Same Again, which examines both his relationship with this crime and his horrific bout with stage 4 squamous cell carcinoma in his tonsil, a cancer that, given it had a four-year head start on being discovered, has a lousy survival rate. (Spoiler: He is still here.)

Recently, Sublett's interests have turned to the history of organized crime in Austin. In 2015, he wrote 1960s Austin Gangsters: Organized Crime That Rocked the Capital, which focused on Timmy Overton and Jerry Ray James, two career criminals with a fondness for bank robbery, smuggling, and prostitution. It was while Sublett was working on this book that he discovered the remarkable story of Frank Hughey Smith, a criminal whose photo you might see under the definition for "larger than life."

"You're looking for one thing and you find another and you start collecting research on it," Sublett said. "When you come across a story like that by chance and aren't receiving the information in any particular order, it doesn't make sense and you get curious."

“[Frank] Smith would hire the most expensive lawyers and the cheapest crooks.” – Jesse Sublett

Then the 1960s book came out and a lot of people told Sublett that Frank Smith should indeed be his next book, that that particular story was fully nuts. The resulting Last Gangster in Austin is the story of gangster Frank Smith and gangbusting lawyer Ronnie Earle, two men on the proverbial opposite sides of the law.

Before Earle was the man who served three decades as Austin's district attorney, the man who went after Tom DeLay, he was an impossibly young district attorney who decided to take a swing at Smith, who ran a criminal empire based on his relationships with corrupt officials, the extremely sketchy 1970s bail bond business, and auto salvage. When a new player came on the salvage scene, Smith wanted him gone. When an arson plot failed, three gunmen tried to finish the job and managed to screw that up. "Smith would hire the most expensive lawyers and the cheapest crooks," Sublett said. "The ineptitude at certain points is just stunning."

While Smith's guilt seemed screamingly obvious, Earle was new on the job and was facing not only a hardened criminal but one with deep ties to the morally gray end of local law enforcement and the ancillary businesses that spring up around it. Smith was also a very public figure and personally popular in certain circles. The ensuing story is fantastic, an often wildly entertaining look at Austin when it really was a bit of an outlaw place. 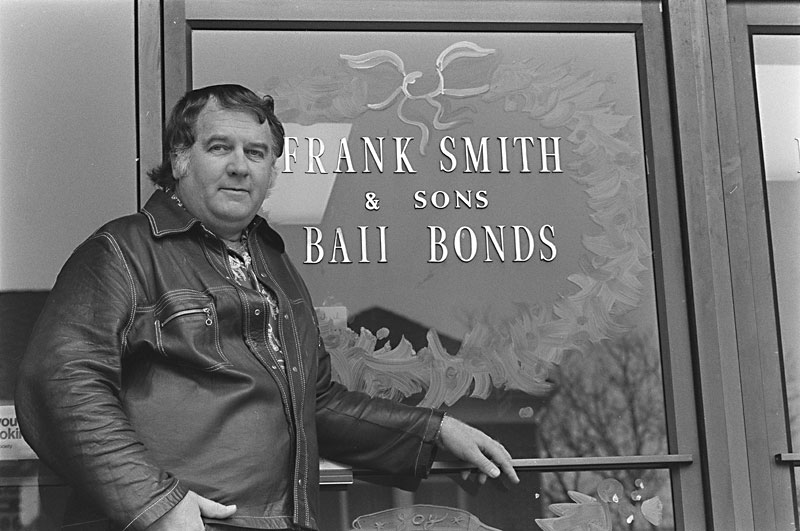 Sublett took to the material like a duck to the water of Town Lake. "I examined this stuff through stories on the front page of the Statesman," he said. "It really took me back to that period of time. It seems so foreign, just a different world, and the writing was so vivid and so good. It's old-school, daily newspaper, investigative reporting. The writing hooked me as much as the crime and the sheer weirdness of it."

Indeed. In a historical moment when very few people fix their own cars, it's wild to remember that auto junkyards were a vital part of a local economic ecosystem both legit and otherwise, both a source of spare parts and a place to wash money and stolen cars. "You could base a criminal empire on it," Sublett said. "There really was an edge-of-the-frontier aspect to a lot of those businesses and this wasn't all that long ago. In the Sixties and Seventies, ambulance and wrecker services used to get in fist fights over claiming an accident."

These days, the Austin of the 1970s is remembered in the popular imagination as the "cosmic cowboy" era. Last Gangster reminds the reader that the Austin of 2022 (or even 2012 or 2002) bears a minimal relationship to the Frank Smith era. "The 1970s ended up being this pivotal decade in the city," Sublett said. "All these amazing characters running around. You could feel this change happening at the end of the 1970s. When the Armadillo World Headquarters closed, that was a big 'wait, that's not right' moment."

Ultimately, Last Gangster is about what all true-crime stories are about (hell, what most stories, period, are about): power. More specifically, Sublett elaborated, "how power moves up from the very bottom of society up to the top. … Frank started making connections when he was in prison as a very young man. He knew the Italian Mafia from the junkyards scene in Waco. So he moves from junkyards to the prison system to the bail bond business, up into connections with county law enforcement and [the] criminal justice system. And he's kind of blatant about it, in a Donald Trump kind of way."

The problem, as it often is, is finding good help. "He had decades of experience but when it came down to executing this plot, it was totally inept. He got [the] most oddball characters to do his bidding and they would screw up. There were things Smith just didn't take seriously."

On the other side is Earle, whom the writer grew to admire the more he learned about him as a young man. "I was stunned by his brilliance," Sublett said. "His mind just kept growing, and his grasp of how criminal justice could evolve to bring people together and bring healing to communities. He had an incredible sense of humanity and cared deeply about people. I hadn't anticipated how much I would end up admiring him."